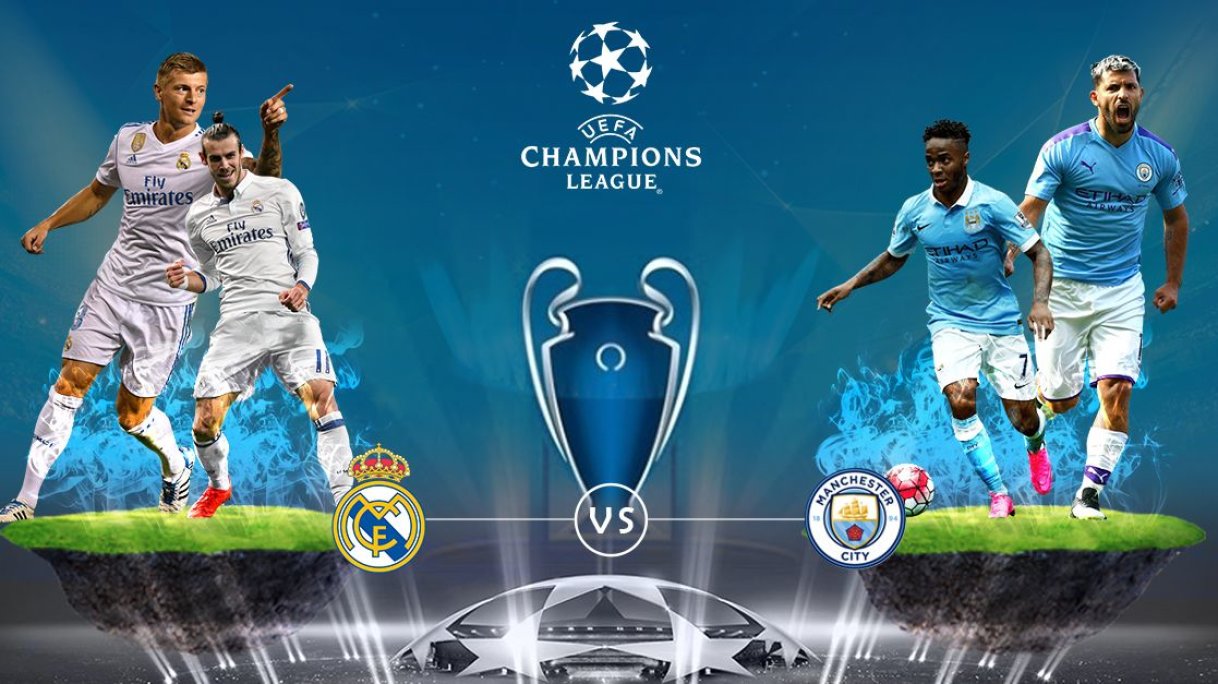 Pep Guardiola’s Manchester City will take on Real Madrid in a stellar Champions League round of 16 clash at the Santiago Bernabeu.

The Citizens have been banned from this premier competition for the next couple of years and this would give further motivation to their players and manager. Guardiola came to the Etihad to win this trophy and this may prove out to be his last opportunity.

Whereas, the 13-time Champions League winners Real Madrid come alive on these big European nights. Although, the Los Blancos are far-off from their daunting former selves this season and their first aim would be to stretch this tie by not conceding a crucial away goal.

Guardiola’s side head into this encounter on the back of two successive wins domestically. But, they are out of this season’s title race and they would shift all their attention towards this match and competition.

Real Madrid, on the other hand, have relinquished control at the top of La Liga in recent weeks. An injury to their talisman Eden Hazard will further dampen the mood in the camp.

Eden Hazard is set to miss the rest of the season after sustaining a hairline fracture in his ankle at the weekend. Gareth Bale will start at the right wing and Vinicius Junior, Isco and Rodrygo will compete to take Hazard's place on the left wing.

For City, Fernandinho will be available after serving his one-match ban. Raheem Sterling has been deemed fit by Pep Guardiola but this match comes a bit too soon for Leroy Sane, who is close to returning to match fitness.

The last time these two sides met was at the semi-final stage of the 2015-16 Champions League. The Citizens narrowly lost 1-0 on aggregate after conceding an own goal in the second leg, which was played at the Bernabeu.

This battle will decide the outcome of this contest as these two are the lynch-pin of their respective sides. They are  also vital in deciding the tempo at which their side’s play and will fight for supremacy in the middle of the park.

Kroos has been a serial winner throughout his career and he would bring his winning mentality on the pitch for Lost Blancos. His pass success percentage of 93.5 is one of the best in the business and in the absence of Luka Modric, he will run the show.

The German would also come in handy while dealing with dead ball situations. The likes of Sergio Ramos and Raphael Varane would be licking their lips at the sight of his delightful crosses.

De Bruyne has been in sensational form this season as evidenced by his eight goals and 16 assists domestically. The Belgian romps forwards at will and his through balls and crosses are simply priceless.

The 28-year old has been unplayable this season and Zinedine Zidane would do well to stifle him and may deploy a man-marking scheme to reduce his impact.

The Real Madrid captain is a big-match player and leads his side with his heart on his sleeves. He likes to win no matter what, and he would give his all to come up with a positive result for his side.

Ramos has also been on penalty duties and is a beast while dealing with crosses, at both ends of the pitch. The 33-year old his at the fag end of his career and he would like to end with one more Champions League crown.

Aguero is City’s biggest attacking threat. He didn’t start the season well but has now come into his own. The Argentine has already raked in 16 goals this season and will try to add up to that tally.

He possesses a rocket of shot with both of his feet and is extremely lethal in the box. Ramos has to curtail his aggressive nature as Aguero will hugely benefit if the Madrid captain gets an early yellow or if worse comes to worst, a red card.

Real Madrid are not in a great shape coming into this contest as they have won just once in their last four matches and they are also set to face Barcelona at the weekend. Zinedine Zidane, though has an excellent record in the competition with Madrid and Zizou may spring a surprise or two.

It has now been nine years since Pep Guardiola last won this prestigious competition, and the Spaniard has already stated that his stint with City will be termed a failure if he fails to land their maiden Champions League trophy.This may add some extra zing to the tie.

This is a battle of the equals as both these giants are undefeated in their last five Champions League ties and have in their ranks some supremely talented players. We predict that the spoils will be shared in this crucial clash, with City coming back with a crucial away goal.