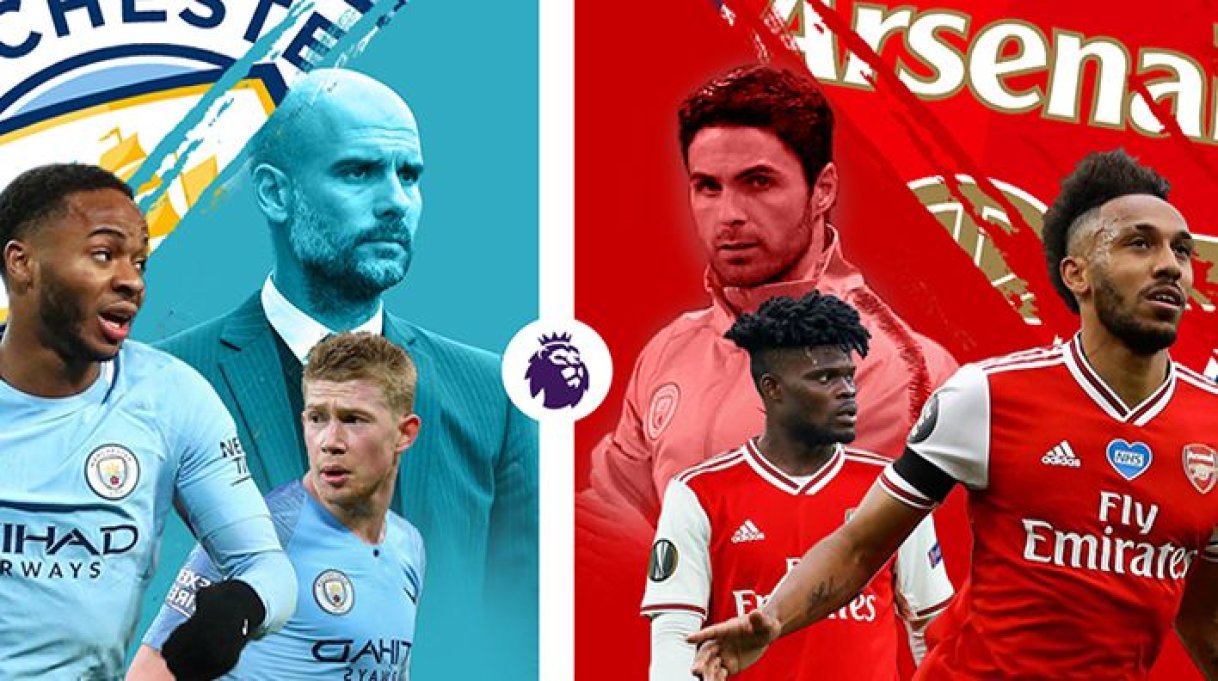 It’s the battle between the master and the apprentice as Pep Guardiola’s Manchester City play host to Mikel Arteta led Arsenal in a blockbuster Premier League clash.

With the deadline day acquisition of Thomas Partey from Atletico Madrid, Arsenal look settled and are primed to have one of the best seasons in years.

Club record signing Nicolas Pepe is sitting on the bench, which further signifies how far Arsenal have come after handing over the reins to their former captain, Arteta.

City are plagued by injuries and looks to be on a downward trajectory this season. It more and more looks like PL teams have found the chink in their armour.

Arsenal, on the other hand, overcame Sheffield United in the last PL Gameweek after they beat Liverpool on penalties in the Carabao Cup. The front three have been on the scoresheet and other outfield players are chipping in with vital goals as well.

City were outrun and out-pressed by Marcelo Bielsa’s Leeds in the last Gameweek as they were lucky enough to come away with one point. This came after a disastrous 5-2 loss to 2015-16 PL Champions Leicester City.

David Luiz was a walking disaster as Arsenal were demolished 3-0 by a rampaging City led by the marvelous Kevin De Bruyne the last time these two giants faced each other in the Premier League. Raheem Sterling and Phil Foden were also on target.

However, Arsenal had their revenge as they trumped City in the semi-finals of the 2019-20 FA Cup, on their way to lifting the trophy. Talisman Pierre-Emerick Aubameyang scored a world-class brace as the victory was achieved.

For City, Raheem Sterling and De Bruyne suffered minor injuries while on the international break but they should be fit enough to start. They have no other choice but to take the risk as Gabriel Jesus is still out injured and Sergio Aguero is not match-fit.

Ilkay Gundogan will start after overcoming coronavirus and the centre-back pairing of Aymeric Laporte and new signing Ruben Dias will now be settled and will start.

For Mikel Arteta's men, defender Kieran Tierney is a doubt after being forced into self-isolation during the international break with Scotland. Ainsley Maitland-Niles may replace him at left-back.

New signing Partey will also be fit to start after training on Thursday. Alexandre Lacazette will replace Eddie Nketiah for this huge clash.

These former teammates will collide for the dominance over the middle of the pitch at the Etihad. Both of them are vastly adept at breaking up play and playing the correct pass after breaking the lines.

Their superior pass percentage will come in handy as both the managers are known to be a fan of possession-based football. The two former Atletico men will set the tempo for their teams and will decide when to slow down the game or increase the pace as and when suitable to their respective teams.

Both these PL giants possess some of the best forwards on the planet but the battle will be won in the middle of the park with these two fighters leading the charge.

Sterling has been leading the line for City in the absence of Jesus and Aguero. The Englishman had his best season last year as he scored twenty goals. He scored in the draw against Leeds and will look to continue his run-scoring form against the Gunners.

Standing in his way will be Brazilian Gabriel Magalhaes, who has had an impressive start to his Arsenal career with two man-of-the-match performances in his first two games. He possesses a good passing range and is strong in the tackle. If he manages to keep Sterling quiet, half of the job is done.

It’s the clash between two speed-merchants as Walker will look to outfox and outrun the Gabon international. Aubameyang has been one of the leading scorers in the league ever since he joined the Gunners. He is a prolific goal-scorer and has all the shots in his kitty.

As of now, Aubameyang is being played on the left and he likes to drift inside to be in dangerous positions to score. This is where it gets tricky for Walker as he needs to be on his toes all the time and can’t freely venture forward.

The Arsenal captain scored two magnificent goals against City in the FA Cup semi-final and Walker needs to be alert to stop an encore.

Arsenal have had tremendous success against the big-six clubs under Arteta. However, their next task will be to beat them away from home, with their last win coming co-incidentally at the Etihad in January 2015, a dismal run of 28 such matches.

City have looked sloppy and far-off from their invincible aura. Coming up against this impressive Arsenal side, they are in danger of losing their opening two home games of a league season for only the third time in their history.

City have won their last four home matches against the Gunners and have scored at least three goals in the last three of them. However, Arsenal looks the superior side at the moment and this is a great opportunity for them to end their torrid run against the big-six away from home.