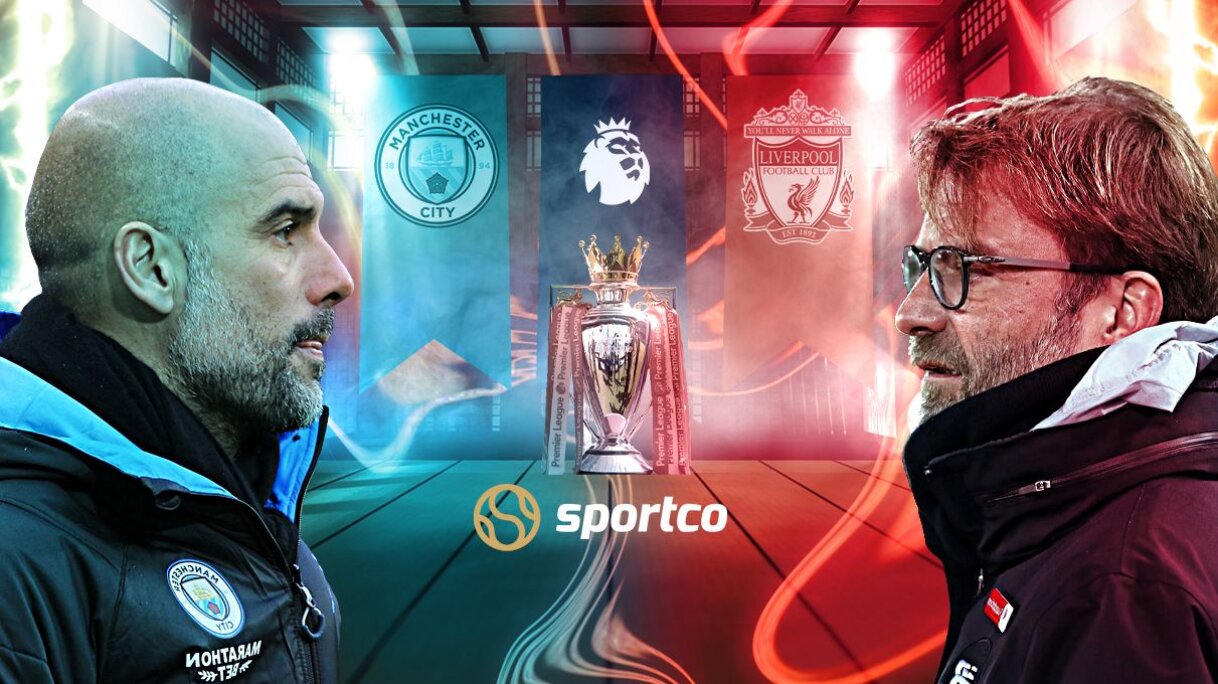 Liverpool and Manchester City have been two of the most consistent clubs out of the 'traditional top 6' in recent years and there are no doubts about that.

In this while, there have been some sensational games between the two. So let's have a look at the head-to-head record between the sides.

When we talk about the last 5 H2H meetings, Manchester City have won twice, while Liverpool have only won once. Let's get into the details of the last five meetings between Liverpool and Man City.

Well, the game was not the best we've seen by the sides but it still had its moments. Just after 13 minutes, Liverpool were handed a penalty which Mohamed Salah rightfully scored. However, the most beautiful part about the fixture has been how quickly the other side responds when they concede.

Pep's side had the opportunity to take the game away as they won a penalty in the 45th minute of the game but it was one of those days where the Belgian, De Bruyne did not even manage to hit it on target.

The teams barely created any clear-cut chances in the second half and the game ended in a 1-1 draw.

During this H2H battle between Liverpool and Manchester City, Liverpool winning the title was assured, and the game could've been just a formality but Man City commenced the game with a strong thought in their mind, and were dominant on the ball from the first whistle too.

The game started with a De Bruyne penalty but just ten minutes later, Raheem Sterling scored against via a fantastic ball from Phil Foden. Manchester City were completely rampant in this H2H battle against Liverpool as we saw them firing their third goal just at the stroke of half-time.

A strong second-half from the Reds was anticipated but the Cityzens were so good that they did not let a single goal in the back of their net. They scored their fourth goal as a result of an own goal from Alex Oxlade-Chamberlain, ending all of Liverpool's hopes of even trying for a comeback.

The H2H game between Liverpool and Manchester City at Anfield was a flyer as it was one of the best games played intensity-wise.

Fabinho stunned the visitors with a pin-point shot, beating Ederson in the sixth minute of the game followed by a wonderful counter-attacking goal via Mohamed Salah, who headed Andrew Robertson's top-notch cross.

The second-half was not far away from the first as Liverpool continued their dominance as Sadio Mane scored a wonderful goal, courtesy of a fantabulous long ball by the Liverpool skipper, Jordan Henderson.

Man City did manage a goal back at the 78th minute but it was too late as the Reds were too strong defensively. This game allowed Liverpool to close the gap over the Cityzens for the title, which they, unfortunately, lost by just a point's margin at the end of the season.

The game did not see many goals but it was still one of the most intense H2H between Liverpool and Manchester City. Raheem Sterling's goal in the 12th minute and Joel Matip's goal in the 78th minute were the only goals scored, and as a result, a penalty shootout took place.

Manchester City scored all their spot-kicks, while Liverpool missed one (Georginio Wjnaldum) and Man City won the Community Shield.

The last of the list but perhaps the best H2H duels between Liverpool and Manchester City has been witnessed in recent years. The game was one of the most crucial ones for both sides as Liverpool were chasing City's staggering form in the Premier League.

Sergio Aguero began the scoring with a screamer, beating Alisson on his near post, and gave City the lead. However, the next half saw a perfect response by Liverpool as Roberto Firmino scored a wonderful equalizer.

However, the game was not in Liverpool's destiny as  Leroy Sane scored a stunner when everyone expected him to pass and Manchester City emerged with a victory.

As the sides face each other on Sunday, another tight game is on the cards, especially after Liverpool's back-to-back defeats at Anfield for the first time since 2012.

Liverpool will be fully aware that a win here would do half the job for them as they will inch closer to the top spot, and bring a hurdle in City's unbeaten run.