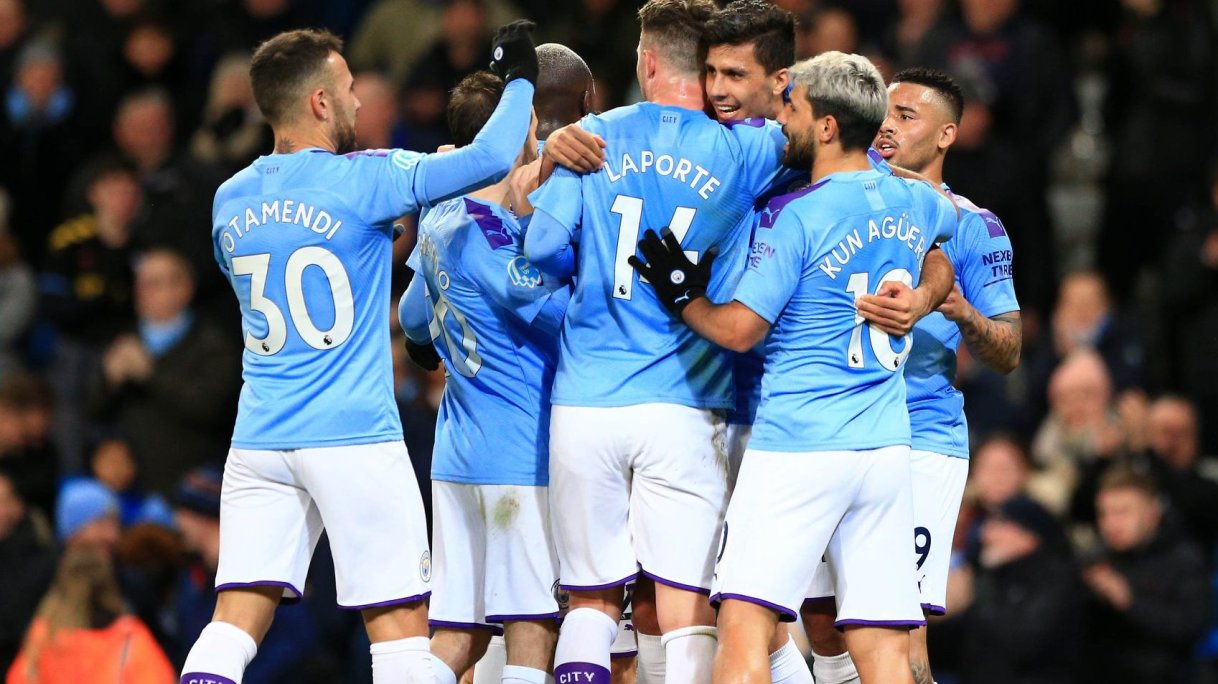 The Premier League season may restart in June after coronavirus pandemic has stalled the campaign. Manchester City are the defending champions, but they are currently placed second in the current season, 25 points behind leaders Liverpool.

So, how has had been the Premier League season for Manchester City so far?

City were expected to complete a hat-trick, but…

City were PL champions in the last two seasons. And they were expected to go all the way again in the 2019-2020 season and complete a treble.

In the previous season (2018-2019), they just managed to grab the PL crown, edging Liverpool by just a point. But the 2019-2020 season didn’t start well for them as Liverpool kick-started the tournament on top gear straight away and raced far ahead in the standings.

City started PL with a bang though

City started PL with a bang, posting three wins and one draw in the first four games. They defeated West Ham 5-0, Bournemouth 3-1, and Brighton 4-0, before drawing 2-2 with Spurs.

And then came a shocking 3-2 loss to Norwich City but City responded with 8-0 thrashing of Watford in the next game.

The high-voltage clash with Liverpool was expected to be a firecracker of a contest, but the Reds outclassed City at home 3-1.

City not only struggled to catch up with Liverpool, but even lost their second spot to Leicester City, who showed great form in the initial part of the season.

Despite posting some dominating wins, City’s season were characterised with inconsistency, dropping points to teams ranked lower to them in the standings.

They lost both the legs to Wolves and rivals Manchester United and 2-0 at Spurs, while drawing with Newcastle away and to Spurs and Crystal Palace at home.

In fact, by December 2019, they had dropped more points (19) than they had in the previous two seasons.

With Liverpool maintaining a strong lead at the top, City gave up the title chase in the middle of the season. City coach Pep Guardiola admitted it would be near to impossible to bridge the gap between them and Liverpool.

He said they would rather focus was on Champions League, and the next Premier League season rather than chasing Liverpool in the ongoing PL season. City did well in the later stages to take back the second spot from Leicester City, but are miles away from Liverpool.

City missed few of their key players this season. But they missed their centre back Aymeric Laporte badly for the most part of the season due to injury.

Pep Guardiola employed temporary fix to plug in the loopholes in the defence. And it got him mixed results as City managed only 10 clean sheets, with just two of them coming up against top teams – Leicester City and Arsenal.

European ban for 2 seasons, effect on club and players

City have appealed to the Court of Arbitration for Sport to revoke the ban. But thanks to the coronavirus pandemic, the appeal hangs in a balance.

The ban has led to many speculation that key City players and even manager Guardiola could leave the club at the end of the season.

If the season resumes, City should be able to retain the second spot, but Leisecter are closing in on them, four points behind currently.