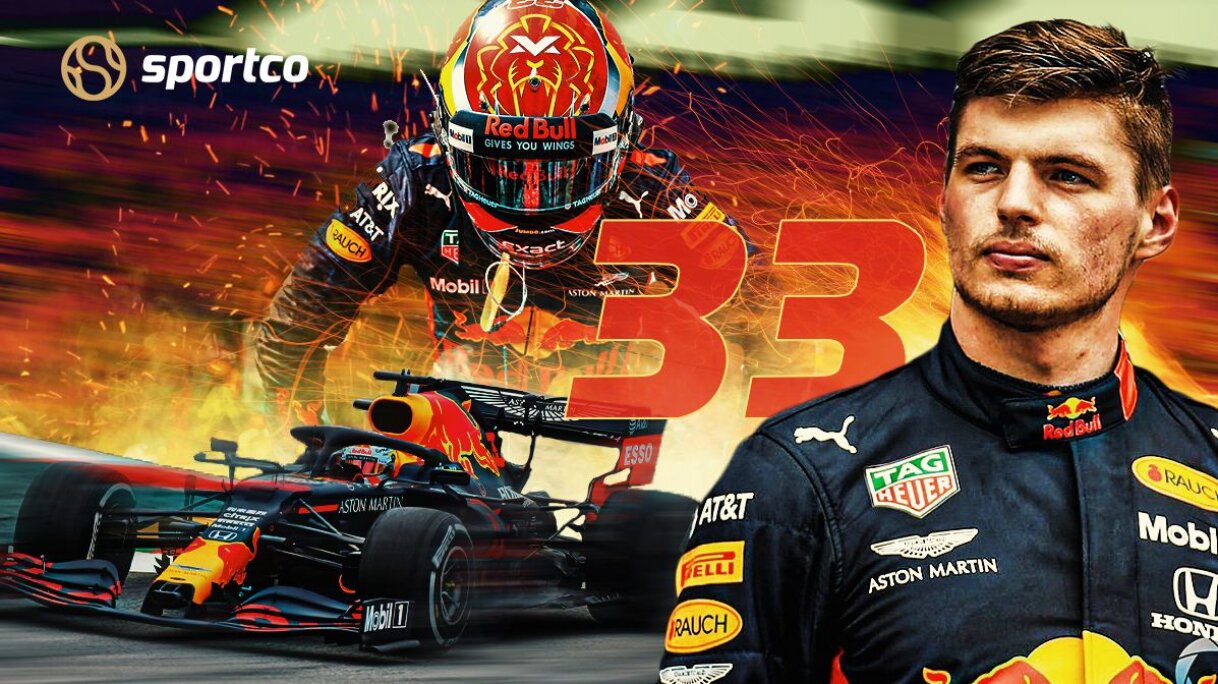 We at Sportco, take a look at the prince that was promised. We will also shed some light on how his journey has been, his legacy on the F1 grid at such a young age, and the future prospects.

The Dutchman has racing in his genes being the son of a veteran F1 racer Jos Verstappen and a karting expert mother. Similar to many other F1 legends, he started karting at the very early age of 4.

Due to his superior talent and his obsession with winning, he made huge strides and soon rubbed shoulders with the best in the business in international karting.

The natural progression took place and he soon found himself competing in the F3 circuit. Given his impressive showing against some seasoned veterans, the Dutchman paved his way into the prestigious Red Bull junior program.

Other reputed names such as Mercedes and Ferrari were also after his signature, but it was Red Bull, who took the bull by its horn and contracted him on a long-term deal.

Foray into the F1 circuit

Verstappen broke the first of his many records in 2014 as he became the youngest driver to participate in the Grand Prix weekend as he took part in the free practice at the Japanese GP for Scuderia Toro Rosso, which is the subsidiary of Red Bull.

Funnily enough, he became a Formula 1 racing driver even before he had a driver's license.

‘Mad Max’, as he is often called due to his super aggressive and in-your-face attitude, became the youngest driver to compete in a World Championship race at the Australian GP. He beat the previous record set by Jaime Alguersuari by a whopping two years. His historic race had a tame end as he had to, unfortunately, retire due to engine failure.

Subsequently, Verstappen also broke the record of being the youngest driver to score World Championship points at the 2015 Malaysian GP. The best finish in his debut season was fourth, which he achieved twice.

At the end of the season FIA awards, Verstappen took home Rookie of the Year, Personality of the Year, and Action of the Year, signaling the start of a magnificent career.

The mother ship came calling in the very next year as he replaced Daniil Kvyat in the middle of the season to become a part of the Red Bull racing team.

He made his debut at the Spanish GP and what a debut it was. He started in the fourth position and took home the trophy after showing some superb driving skills as well as taking full advantage of the crash between Mercedes teammates Lewis Hamilton and Nico Rosberg.

By doing so, Max became the youngest winner of a Formula 1 Grand Prix beating the previous record set by Sebastian Vettel.

Progression over the years

Verstappen made a breathtaking start to his Red Bull career taking four podium finishes in his first eight races for his new team. He dwindled a bit after that and ultimately finished with a respectable seven podium finishes at the end of the season.

During the next few years, he made steady progress and learned to play smart along with honing his driving skills.

During the 2019 F1 World Championship, he finished only behind the Mercedes duo of Lewis Hamilton and Valtteri Bottas. The gap between him and second-placed Bottas was about 50 points.

The 2020 season saw the very best of Max Verstappen yet as he went toe to toe with second-placed Bottas equalling him on the number of wins and podium finishes. He also reduced the gap to a meagre 9 points.

Verstappen has developed a bit of a cult following given his full-throttle approach to racing. His aggressive defending and nerve-racking attack has often landed him in troubled waters with his fellow drivers and FIA. However, his mad skills and unique approach have made fans stand up and take notice.

In this era of the utter Mercedes dominance, Verstappen is like a breath of fresh air. The one going toe to toe with the supreme power and giving them a run for their money.

Apart from the Red Bull faithful, he is also the neutral’s favourite. He has such an aura that in the present scenario if you ask his contemporaries as to who is the one driver they don’t want on their tail, the answer arguably will be Verstappen.

Red Bull has looked great this year with its car being the fastest on the grid. Coupled with a lot of uncertainty around the impending changes from the 2022 season, this presents a glorious opportunity for Verstappen to seize the moment and go after his dream of becoming an F1 World champion.