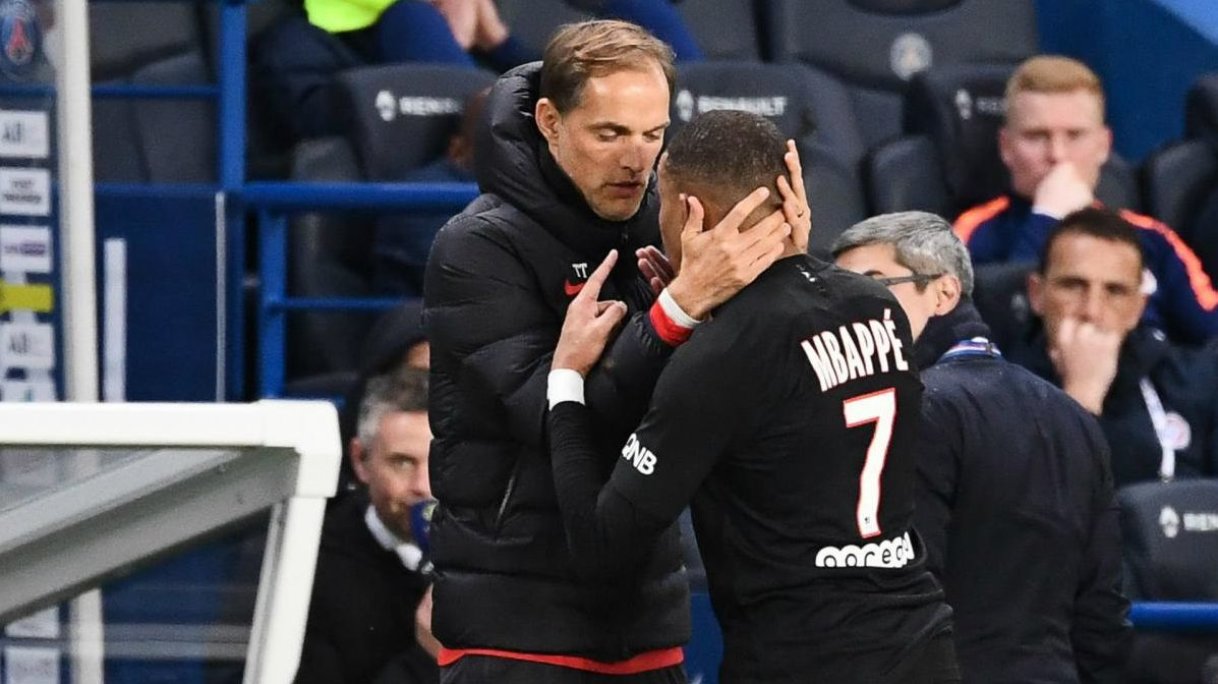 The 21-year-old was fuming with the German gaffer after being withdrawn from the game in the 68th minute during their 5-0 win against Montpellier.

The World Cup winner with France attempted to ignore the former Borussia Dortmund manager as he looked to walk past him. But, Tuchel himself physically stopped the former European Golden Boy.

The former Monaco forward could be seen looking furious as he put his hand over his mouth while speaking to Tuchel, before he stormed over to the bench.

Speaking of the incident after the game, Tuchel said: "Mbappe is very intelligent, he knows what he is doing. He doesn’t like going off, nobody likes going off."

“These are not good images, but we are not the only club that has to deal with this sort of thing. It’s not good, because it opens up subjects that go against the team’s state of mind. Too bad," he further added.

According to reports in France, the relationship between the two is at the point of no return after they spoke yesterday to discuss the situation.

It has been claimed that Mbappe is unhappy with the treatment he has been receiving off late. He is annoyed by the fact that he is subbed off more often than his colleagues in attack Neymar and Angel Di Maria.

However, the French media claim that the French champions are desperate to tie Mbappe down with a long-term deal as they are aware that Real Madrid are mongering a move for him.

The Frenchman has also been strongly linked with Liverpool but it seems unlikely that the Reds will spend the money that will be needed for the 21-year-old's services.

Reports from Spain on Sunday claimed that Real Madrid are plotting a £250million move for the youngster, who is touted as a future Ballon d'Or winner.

It is strongly claimed that Zinedine Zidane is desperate to sign his compatriot in order to bolster his inconsistent attack.