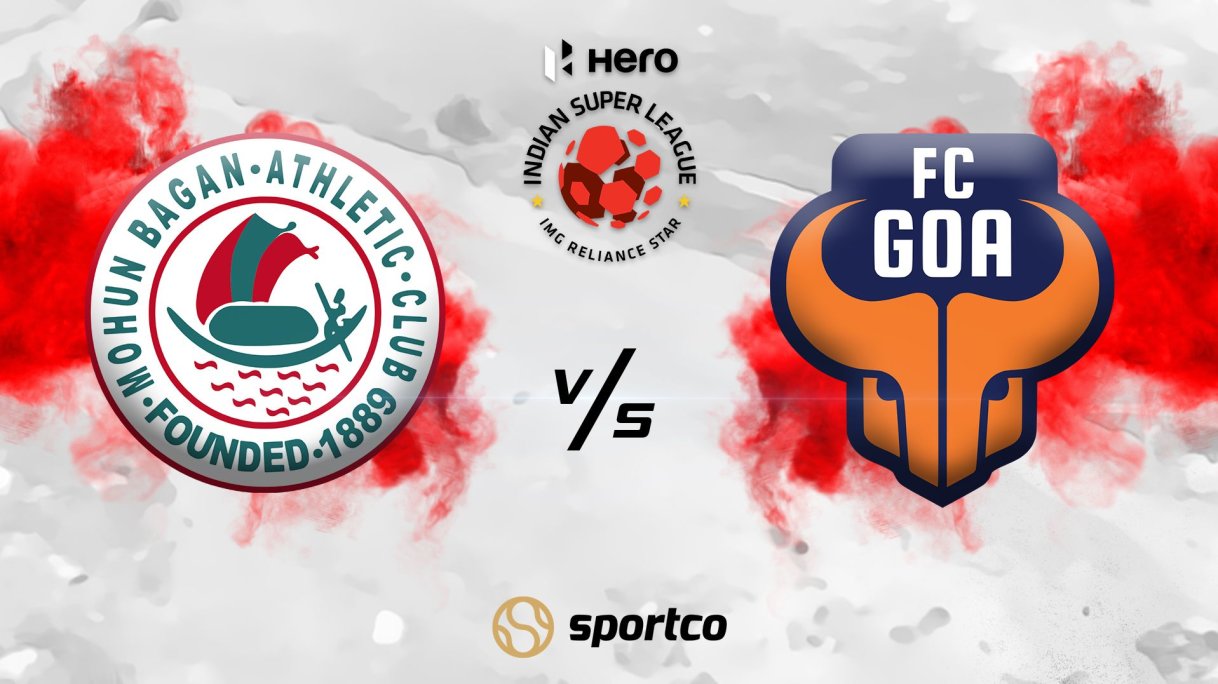 The Mariners will be up for a tough fight as a triumph here could allow them to go top in the points table as ATK Mohun Bagan play FC Goa on Wednesday.

The two favorites will be locking horns against another in the quest to gain an advantage over the other. The Mariners have struggled to get a win to their name recently, while Goa has already started to turn up their gears.

A win or a draw would be a must for ATK Mohun Bagan, courtesy of Jamshedpur FC who locked down Mumbai City FC from taking all the three points.

In this battle between Antonio Habas and Juan Ferrando, it is pretty certain that we are up for a thrilling game of football.

Both the teams are functioning well in all units, and the chemistry amongst themselves is what has allowed them to reach at the top of the table.

The teams have played 14 times in the competition overall, with ATK Mohun Bagan winning four and losing three. The rest are draws.

FC Goa's 85% goals have been scored by Igor Angulo.

ATK Mohun Bagan have had only two goalscorers so far in the tournament, Manvir Singh and Roy Krishna.

ATK Mohun Bagan have scored three in their last three games, while the Gaurs have scored five.

Superstar Javi Hernandez will be out for the Mariners and it is anticipated David Williams and Tiri should be fit to feature after missing out on their last game.

FC Goa have a fully fit squad to compete. They are most likely to play the XI that played against Odisha FC.

After being out of action for a while, it will be interesting to see if Williams finds his mojo back soon. He is expected to cover for Hernandez as he is capable of doing so.

His link-up play with Roy Krishna is very strong and the Goa defence will have to be careful.

Igor Angulo was not the Goa expected to turn up when they must have thought about a game-changer in their squad.

However, the 36-year-old has done extremely well, gaining the limelight at such an age and scoring such fluent goals in the tournament. The upcoming game is expected to be one of their toughest challenges this season and Angulo would want to play a vital role in this too.

The game will have an extreme side to it. Either both the teams will be attacking one another or there is a possibility that they would play not to lose instead of trying to win.

However, considering how the tournament has gone for the two teams, fans will hope that the game comes out as an entertaining one.