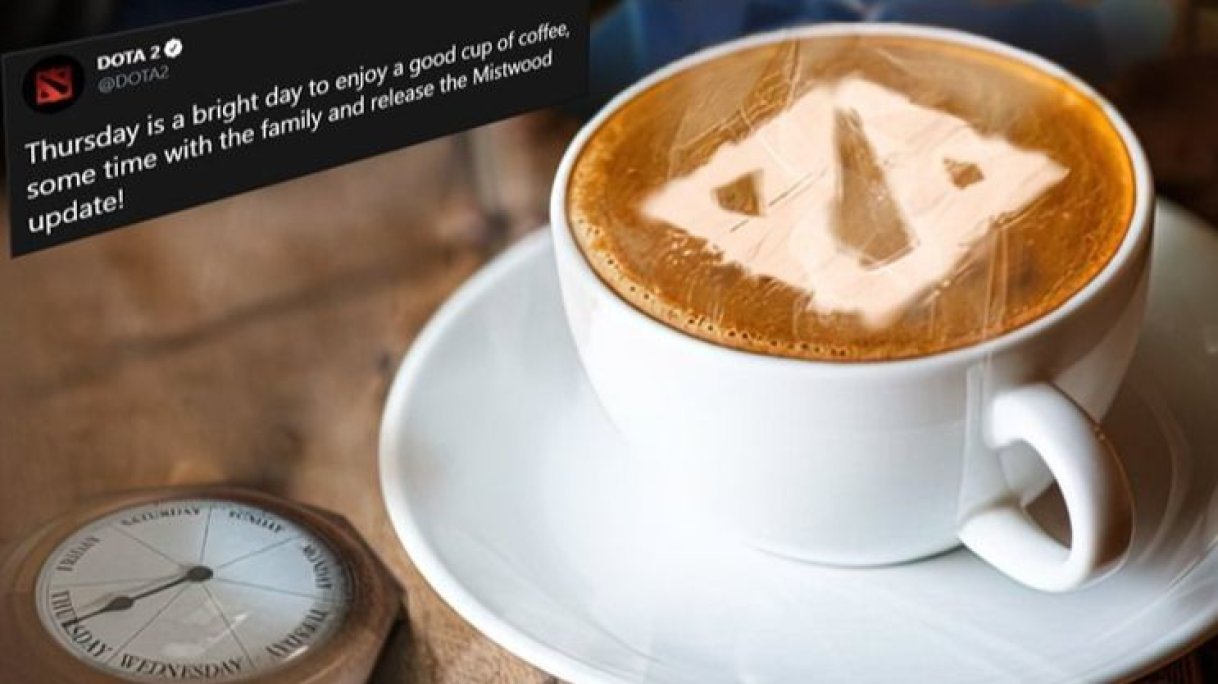 Dota 2 will be receiving a new update on Thursday, and fans are eagerly waiting for it.

Valve made the announcement by tweeting it out on the Dota 2 official Twitter handle. But, there is no news yet as to what the Mistwood update will contain.

Following the widely successful Halloween theme event, Diretide, Dota 2 players, and fans are sure to have high expectations from Mistwood, which will arrive on Thursday, December 17. Since the news was put out on Twitter less than 3 hours ago, the response has been overwhelmingly positive.

A good reason for this overwhelming positive response is the fact that the game has been crying out for an update. The last update Dota 2 received was a few months ago, and in that time, certain heroes have been dominating both pubs and pro-games.

What to expect from Mistwood update?

One of the most anticipated parts of the Mistwood update is the introduction of a new female character. This has been in the works for a while now, and its release was delayed due to some final fixes. Many are expecting the 7.28 gameplay update to include this new character.

While we do not know who this mysterious female hero will be, there has been plenty of speculation. The most repeated guess it will be Sorla Khan of the Ogoldi tribe, one of Axe's rivals.

Apart from the new hero, the Mistwood gameplay update will work on buffing some of the least-played heroes in the patch. One expectation that many of us have is a nerf being applied to Sven. Since the last patch, Sven has become a dominant carry hero, owing to the buffs he has received.

Since the last patch was entirely about enabling carries, we can expect the Mistwood update to focus a bit on supports and mid-lane heroes maybe. Some heroes which remain unpicked in pro-tournaments may also receive a boost. After Thursday's update, the pace of the game could be very different, depending on which role this patch favors.