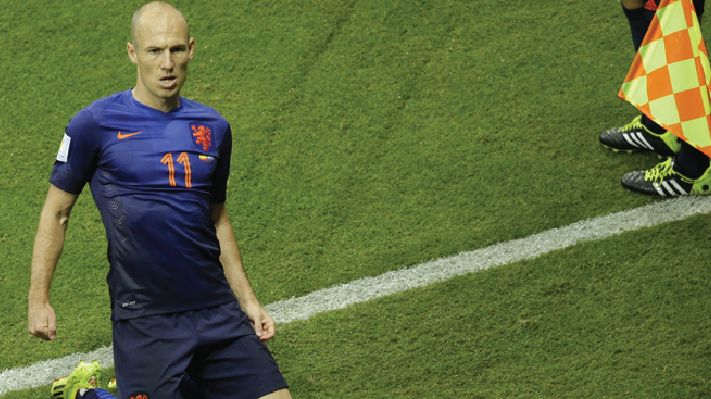 Most Valuable Players of the 2014 FIFA World Cup

It took them 64 years, but the FIFA World Cup returned to it’s spiritual home in 2014 as it was held in Brazil. The beautiful game was back in the land of Joga Bonito.

This scenario led to rise of players who caught the football world by surprise. Here are our picks for the MVPs of the 2014 World Cup:

An Arjen Robben miss separated Netherlands from World Cup glory in the 2010 World Cup. The Dutch star could not exorcise those demons in the 2014 World Cup but he did come close to glory with a superb overall performance.

The Bayern Munich winger scored three goals in the tournament, including two in the opening game against Spain. One of them came about a blistering run where Robben turned the Spanish defense upside down.

Diving antics aside, Robben was a class act in the whole tournament and was the recipient of the Bronze Ball.

He might not have won the World Cup but in his quest to be considered the G.O.A.T, Lionel Messi’s 2014 World Cup performance will always be a highlight to bank on.

The Argentine captain scored four goals in the tournament, with stunning strikes coming in each group stage game. He was also named Man of the Match in Argentina’s first four games and was critical in leading La Albiceleste to the final at the Maracana.

Colombia emerged as one of the most entertaining teams in the 2014 World Cup, catching eyes with their attractive attack-oriented play.

The center-piece of the South American nation was then AS Monaco star, James Rodriguez, whose goal-scoring exploits captured the fancy of the entire world.

James scored six goals in the entire tournament, winning the Golden Boot award. Greece, Ivory Coast, Japan and Uruguay were the victims of his scoring touch. Unsurprisingly, Rodriguez was snapped up by Real Madrid after the World Cup for a huge fee of about £63 million.

12 years after Oliver Kahn amazed fans all over the world with his goalkeeping at the 2002 World Cup, we got his heir apparent.

The Mexican keeper captured the world’s imagination with his splendid performance between the sticks as El Tri reached the Round of 16. The Mexican team was not spectacular but Ochoa’s showing in goal surpassed that of any other keeper.

His performance against Brazil in the group stages is the stuff of legends. His save to deny Neymar’s bullet header drew comparisons to Gordon Banks’ ‘Save of the Century’ in the 1966 World Cup. The Mexicans might have lost out in the Round of 16, but Ochoa’s legacy will remain forever.

For the second World Cup in a row, Thomas Muller scored five goals in a single World Cup campaign. Three of them came in Germany’s opening game itself as he scored a hat-trick against Portugal.

The next goal was in the third game of the tournament against the US. Muller’s final goal of the 2014 World Cup was in the infamous 7-1 rout of Brazil in the semi-finals. He added three assists to his stellar performance at the World Cup and was key to Germany’s victorious run.