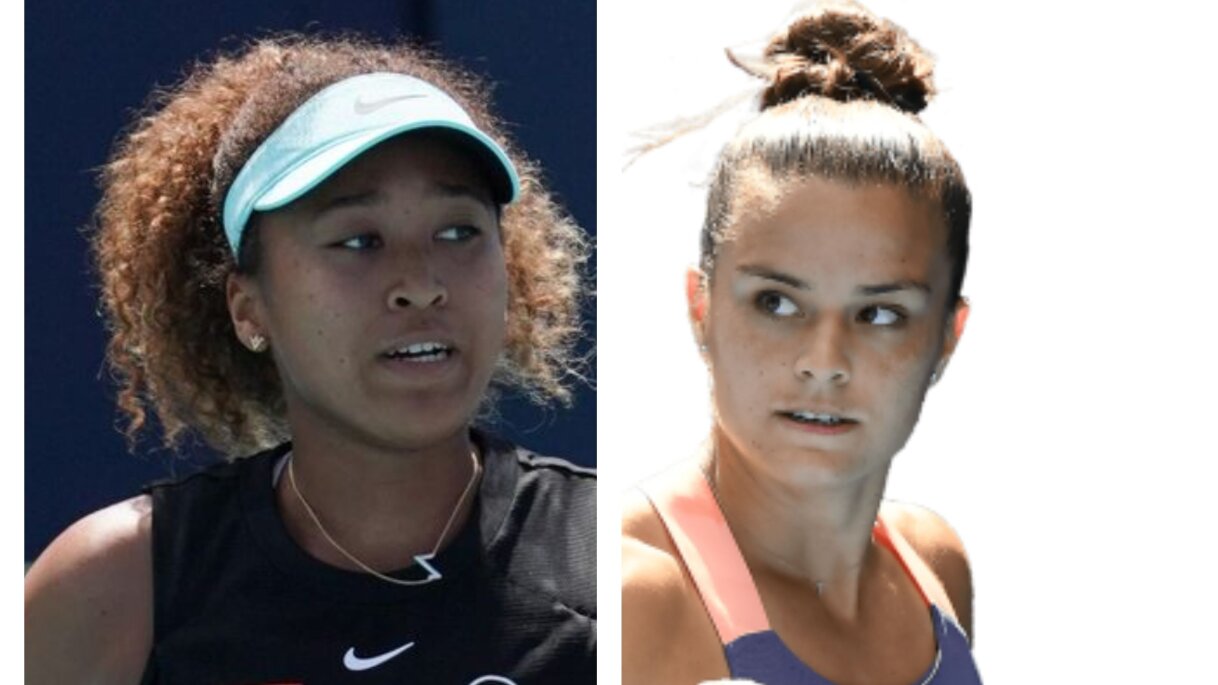 The second seed Naomi Osaka locks horns against the 23rd seeded Maria Sakkari in the quarterfinals of the Miami Open.

Naomi Osaka defeated the 16th seed, Elise Mertens, 6-3 6-3 convincingly in the pre-quarterfinals. The Japanese player won 66% of her first-serve points and 60% of second-serve points.

Mertens had a bad day with her serve as she did not hit a single ace and committed a staggering 9 double faults. The Belgian also struggled with a niggle in her shoulder which did not allow her to play freely.

"I started off really well and then for some reason I became a little sluggish, my speed did not really feel the same, it was really mental from then on, in the end, it was who fought the hardest," said Osaka expressing thoughts about her inconsistent game against Mertens despite winning in straight sets.

On the other hand, Sakkari triumphed in a drama-filled three-setter against the in-form 29th seed Jessica Pegula in the round of 16.

"I think once you are in the match, you just don't think that I saved six match points already, it's just that one at a time, I think I came off with some good shots and clever choices and just worked, and it went my way, you know, maybe next time it is going to go the other way, this is, you know, tennis, sometimes, it goes your way, sometimes it doesn't," reflected Sakkari after her narrow edge-of-the-seat victory against Pegula.

Osaka leads the head-to-head record 3-1 against Sakkari. This is their first meeting in more than a year.

Their last clash was in the third round of the Brisbane Open 2020 which Osaka won in three sets.
“I will have a very tough match against Naomi next round, but I believe that I have a day off, which is good, I am gonna practice and sweat it out tomorrow, I am playing great tennis, of course, she is a very tough opponent for me and everyone, but I believe in myself," opined Sakkari quite confident of her abilities to beat Osaka in the quarters.

Osaka is of the most consistent players on hard courts. Having won the US Open 2020 and the Australian Open 2021 in a row, she is the player to beat on the WTA Tour now.

Her main strengths lie in her powerful down-the-line forehand, raw power from the baseline, composure in pressure situations, and the uncanny ability to hit a flurry of winners to accumulate points and obtain momentum.

Sakkari would be fully exhausted after a marathon 2-hour 38-minute clash against Pegula in the fourth round.

The Greek loves playing long rallies with her consistent groundstrokes and returns the ball deeply at clever angles. Her forehand can be off-colour sometimes. Sakkari will be satisfied with her clutch tennis in the big moments.

Osaka's fabulous form gives her a slight edge in this match though the Greek can fully test her by varying the pace of her returns.

Sakkari needs to play consistent tennis from start to finish. Even momentary lapses in concentration can cost her the match as Osaka is not known to leave any room for her opponents to make any sort of a comeback.