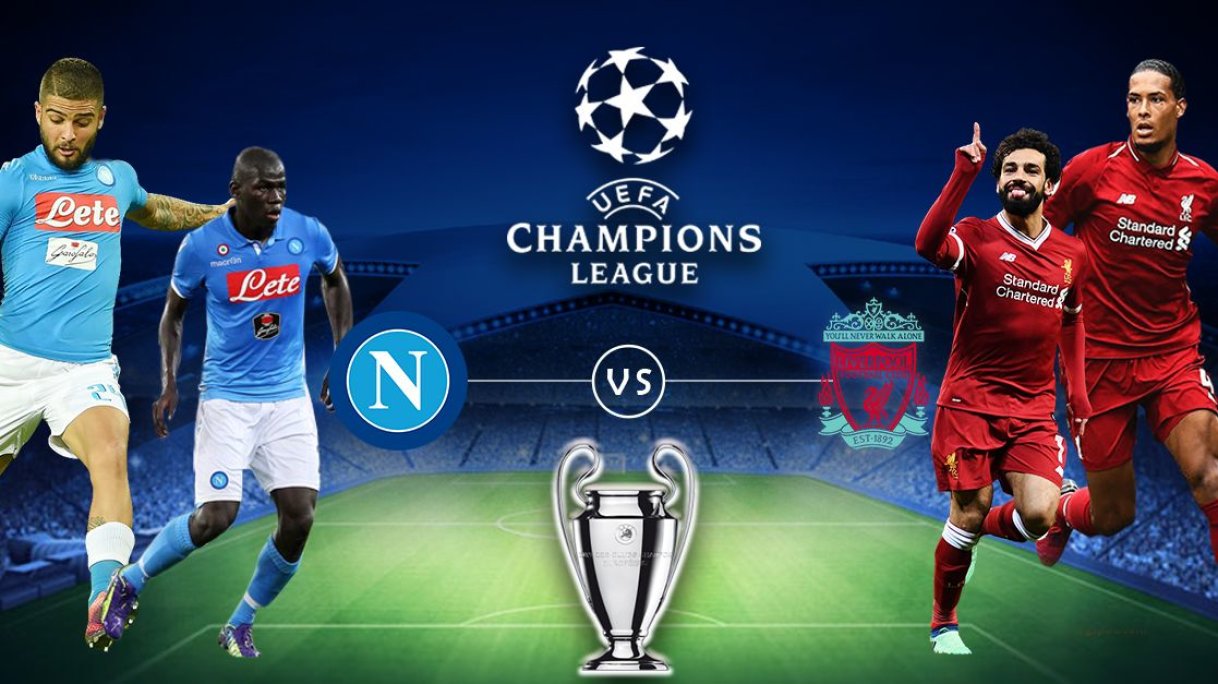 The Champions League is back to enthrall us with riveting clashes.The defending champions Liverpool travel to Italy to take on Carlo Ancelotti’s Napoli in a repeat of last term's group stage fixture.

This will be a gripping encounter of two sides who  finished second in their respective top flights last season. Both clubs are expected to go through as they are in a group consisting Belgiun side Genk and Austrian side RB Salzburg.

The Reds are one of the title contenders. They are renowned to play heavy metal football and possess a forward line capable of giving sleepless nights to any defence. The champions also have a mean defence which conceded the least goals in all the European leagues last season.

The Naples club have had a promising start to the season with their only defeat coming against Juventus courtesy an injury time own goal. They arguably have Serie A’s two best centre backs in the form of Kalidou Koulibaly and Kostas Manolas and a more than capable attack which has been bolstered by the addition of Hirving Lozano.

Liverpool eleven picks itself with only a couple of changes expected in the middle of the park. Nathaniel Clyne is a long-term absentee. Guinean Naby Keita remains out with a hip problem. Last season’s Golden Glove winner, Alisson is sidelined due to injury. Also, Divock Origi is also sidelined with a minor injury.

Napoli’s last season highest goalscorer Arkadiusz Milik is sidelined with a groin injury. Apart from Milik, there are no other injury concerns and Ancelotti would have the full squad at his disposal.

Nobody would have fathomed the impact Mertens would have when the then coach Maurizio Sarri shifted him into a central striker role. The move paid dividends as the Belgian is now Napoli’s third highest goal scorer.

Mertens would be up against the reigning UEFA Player of the Year, Virgil van Dijk. The Dutchman is arguably the best defender going around. He has changed the way the Reds function and as a result Liverpool defence is the stringent one going around.

Whereas, Mertens is on a roll as he has already scored three goals in three Serie A games this season. He will probably start as part of a two-man attack with new boy Hirving Lozano. He has scored 10 Champions League goals in his 26 appearance for Napoli.

Van Dijk is the glue which keeps Liverpool together. His record of 4.2 interceptions per game would come in handy as he look to stifle the Napoli attackers. He is also a goal scoring threat from set-pieces.

The Serie A Defender of the Year, Kalidou Koulibaly will be up against a fearsome Liverpool attacking trio. Koulibaly would not be happy as his own goal led to a defeat against Juventus and he would like to make amends in this crucial Champions League clash.

In the three Serie A games he has played so far, he averages 3.3 tackles and 2 interceptions per game. Liverpool attackers like to drift inside and he would have to make sure they do not get any goal scoring opportunity.

Sadio Mane has been Liverpool’s best player since last season, finally breaking out from the shadow of his more illustrious teammate, Mo Salah. The Senegalese is even more dangerous in the Champions League as he has registered 14 goals in 24 appearances to date.

Mane has been in tremendous form of late as well with six goals in his last six appearances for Liverpool. Napoli defenders are in for a tough ride.

Liverpool’s form has been fantastic as evidenced by its unbeaten start to the new season. That being said, Liverpool struggled away from home last season in the Champions League. Also, Stadio San Paolo is a tough place to come and take points from.

We predict that the spoils would be shared between two well stocked sides.