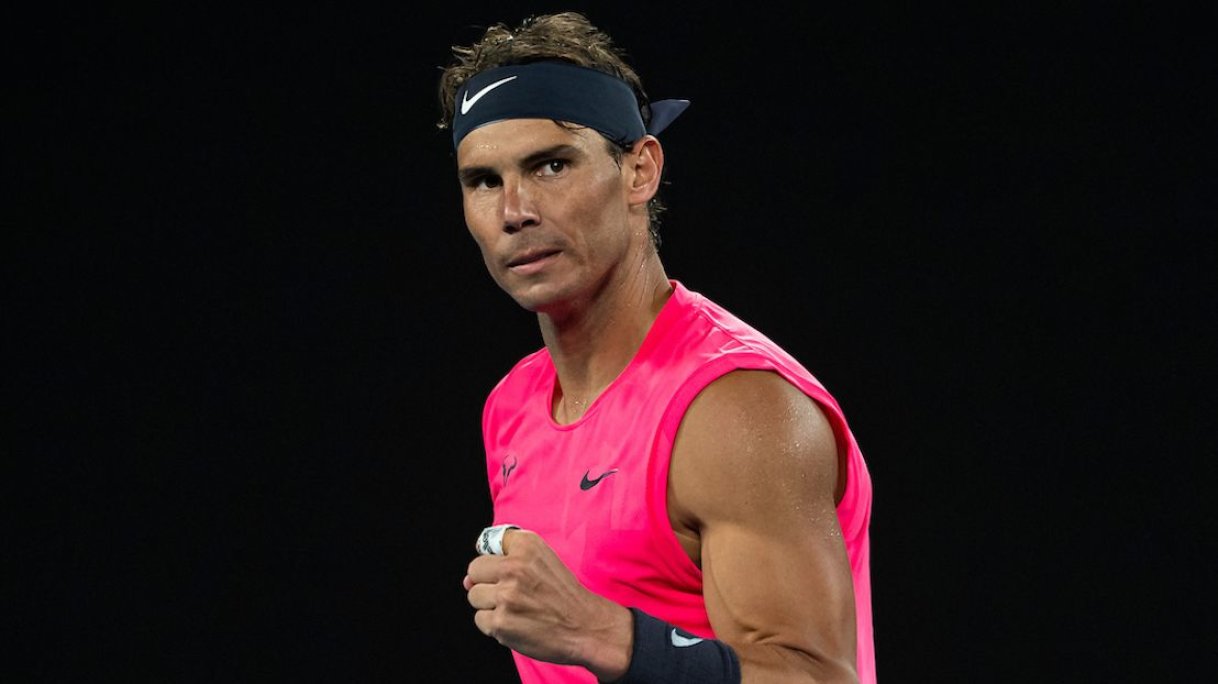 'King of Clay' Rafael Nadal will stop at nothing to become the G.O.A.T in Tennis

Rafael Nadal had a good 2020 ATP season. He defended his French Open title and also won the Acapulco Open. He did not play the US Open amid the coronavirus scare.

Rafa's only disappointments were the loss to Dominic Thiem in the quarterfinals of the Australian Open, the defeat to Diego Schwartzman in the Rome Masters quarters, and the semifinal loss to Daniil Medvedev in the ATP Finals. Overall, he had a 27-7 win-loss record this year.

2021 will be more challenging and exciting for the 'The King of Clay' as he will play all the four Grand Slams. The big 3, of Roger Federer, Nadal, and Djokovic have won 57 of the last 69 grand slams.

The Spaniard spoke about the big 3 saying “We will still be here for a while longer, competing and striving to win". Hence, they will look to etch their names even deeper into the history books in 2021 despite their advancing age and the tremendous rise of the Next-Gen.

Rafael Nadal can set a new grand slam record by winning his 21st title and also break his tie with Federer. Commenting on his chances, Nadal last won the Australian Open in 2009 and was unlucky to lose in four finals since that triumph.

The Spaniard will be the favourite for the French Open title in 2021 as he has won it a record 13 times in his career and the last four years in a row. He will look to improve his record in Wimbledon as he won there last in 2010 and reached the semifinals in 2018 and 2019.

Nadal can consider himself a favourite for the US Open as well as he won it in 2019. If he manages to win the Australian Open, he will become the first player in the Open era to win a double major (clinching the four grand slams, two times each).

“My goal is always the same, to go to every tournament and to give myself a chance to compete well and to try to win it, that’s the goal of every year, my motivation has always been the same, next year is going to be an important year, I hope to be ready to fight for the things that I want to fight for, and I am going to work hard during the off-season to be ready for the beginning," said Nadal revealing his plans for the next season.

He has already begun training at his academy in Mallorca. The Spaniard was seen recently hitting with Canadian, Felix Auger-Aliassime.

He will look to improve his dismal record in tiebreakers which has made him lose a lot of matches from winning positions this year.

Being in his mid-30s now, he has to manage his schedule smartly by picking and choosing tournaments. Nadal will also have to face the challenges of quarantines and bio-bubbles that can put a lot of physical and mental strain on an athlete as the coronavirus pandemic continues.

2021 will see the distance between the famed Big 3 and the rest get narrower than it has ever been. But, Nadal will be the man to beat with his physical intensity and mental strength.