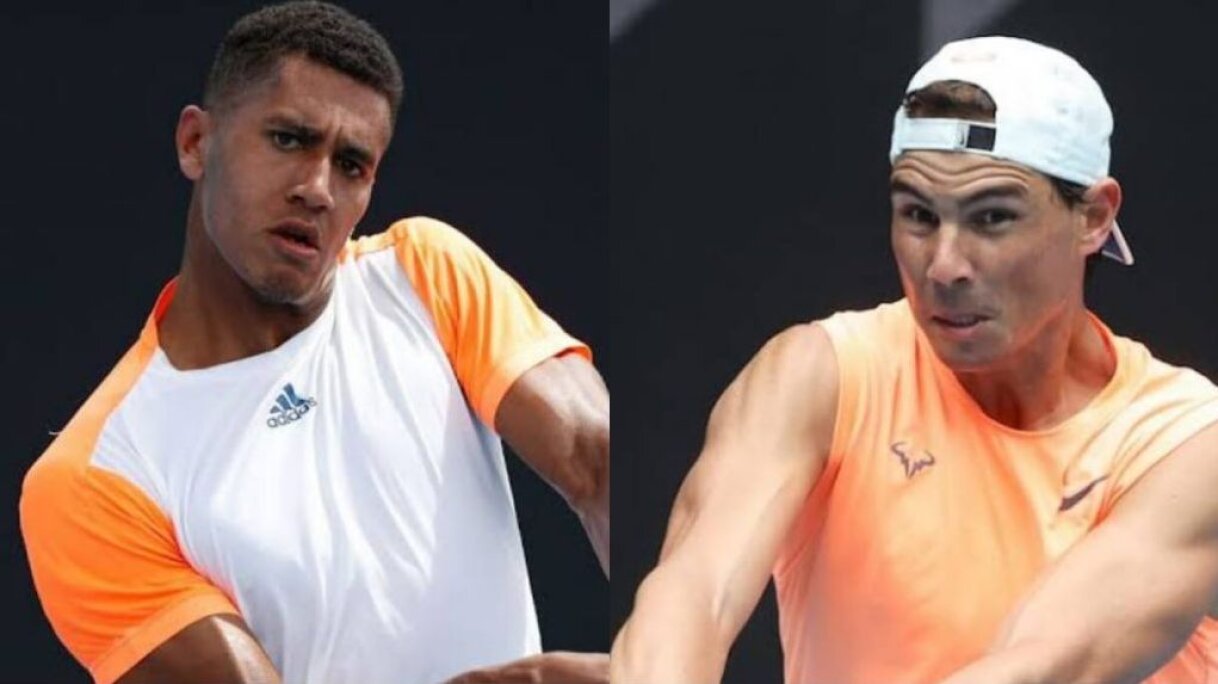 Second seed Rafael Nadal takes on American qualifier, Michael Mmoh in the second round of the Australian Open at Melbourne Park.

Rafael Nadal began his campaign with a straight-set win over Serbian Laslo Dere. The Spaniard hit 5 aces and won 83% of his first-serve points.

After not playing a single match in the ATP Cup due to a lower back injury, Nadal looked in good touch against the World number 56 without showing any signs of discomfort.

He changed his service action a bit to ensure less stress on his back.

On the other hand, Michael Mmoh prevailed in an epic five-setter against the veteran, Viktor Troicki. The American smashed 9 aces, 58 winners, and claimed 70% of his first-serve points in a 4-hour 6-minute match.

This is the first meeting between Rafael Nadal and Michael Mmoh on the ATP Tour.

After losing in the quarterfinals in 4 sets to Dominic Thiem last year, Rafa will aim for a deep run this time around. Mmoh reached the second round in the 2020 edition of the tournament and was defeated by Roberto Bautista Agut in 4 sets.

"I am happy to be through to the second round, I think I did a good job today, straight sets, that's what I needed, it has been a tough 15 days for me because I had some issues with the back, needed to survive today, and that's what I did, I just tried to be focussed all the time and tried to get through," said Nadal quite pleased after his victory in the first round.

Mmoh is not known for his flamboyant strokeplay but can maintain a lot of consistency from the baseline with his aggressive and deep groundstrokes.

Some crucial stats for Nadal that are vital to his prospects

The critical numbers for Mmoh ahead of the clash

Nadal will look to win a lot of points using his destructive forehand and flat backhand. Mmoh can unsettle Rafa with his quick-strike play but his inexperience at the highest level of the sport would affect him in closing out games.