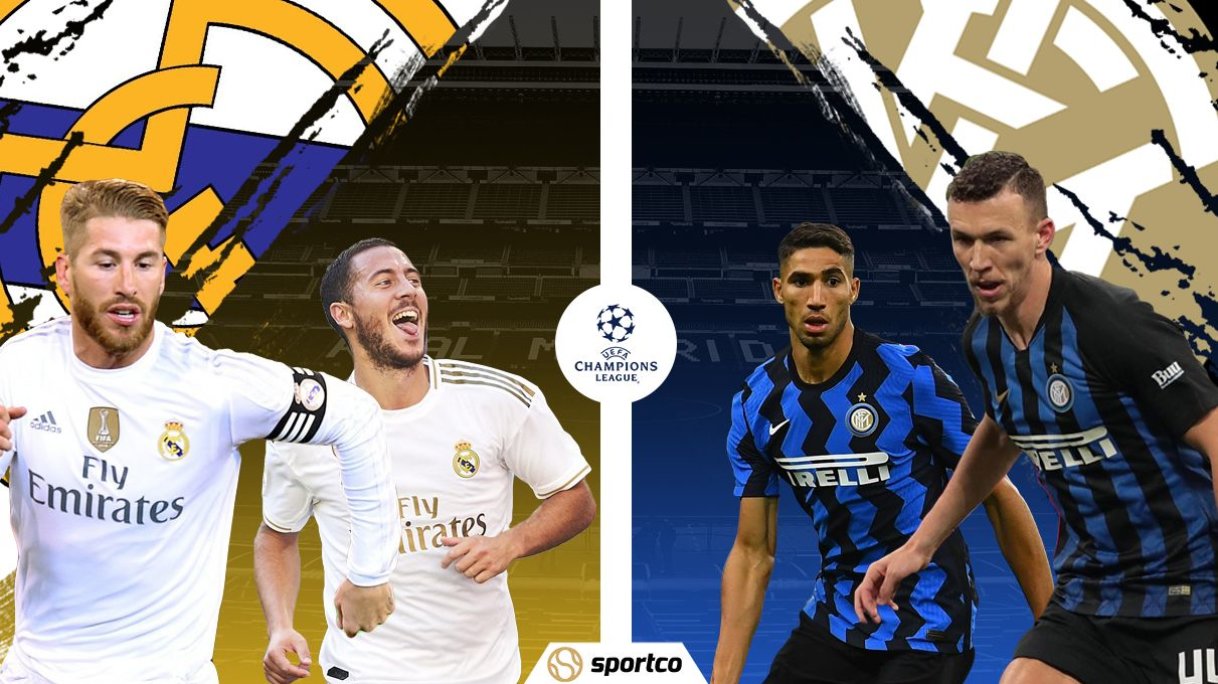 Real Madrid have been dismal in their favourite competition this season as they sit fourth in the table after the completion of two matches. However, winning the El Clasico comprehensively may have turned the tables in their favour and an upturn in their results.

The Nerazzurri are in the same boat as Real when it comes to the Champions League with two draws to their name. After their great run of form in the league last year, they are languishing at sixth this season.

Real have no fit senior right-backs at the moment. Ferland Mendy may deputize on the other flank. Eden Hazard is finally back in the reckoning giving a huge boost to Zinedine Zidane’s side but only one of Luka Modric and Toni Kroos can slot in the midfield.

For Antonio Conte’s side, star-men Romelu Lukaku and Alexis Sanchez are sidelined, denting Inter’s chances a bit. Ivan Perisic may start upfront with Achraf Hakimi lining up against his former club.

With Lukaku sidelined, Martinez holds all the aces for Inter in this blockbuster clash. Up against him will be Real captain and one of the best defenders in the world, Sergio Ramos.

Martinez is yet to open his account in Europe but is scoring freely in the league. Ramos, on the other hand, will be hurting given their plight in a competition, where they are known to be the top dog.

Casemiro is the defensive rock on which the mean Madrid machine is built. Everything stops and starts with him.

Eriksen has not set the Serie A alight ever since he joined from Tottenham but his talent and potential to unlock any defence with a neat through or chip ball has gone nowhere. If Casemiro allows Eriksen to pull the strings in the middle, Real will be in deep trouble.

Both sides are in a precarious situation in the competition but given their calibre, they will be primed to move ahead into the next round. However, the recent form is not in anybody’s favour.

Injuries to Lukaku and Sanchez will play a huge role in the tie. However, Antonio Conte is known to pull a rabbit out of the hat against esteemed opposition. We predict that the spoils will be shared.