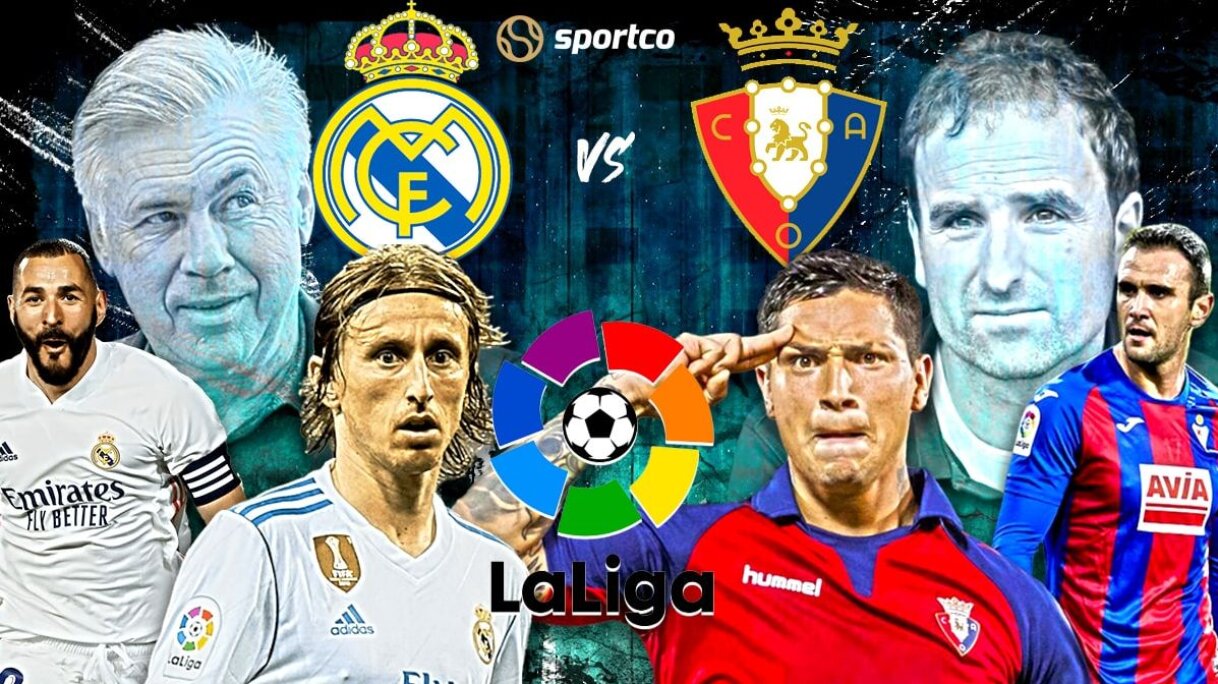 Real Madrid is set to host Osasuna in their next La Liga fixture on Wednesday night. The Los Blancos have been impressive so far and their most important win of the season against Barcelona will be a morale booster against Osasuna.

Vinicius Junior has finally found his form, giving nightmares to the opposition defenders. Vinicius alongside Benzema has been consistent in front of goal, and the duo will once again set the ground running when they take on Osasuna.

Osasuna will come into this game on the back of a 1-1 draw against Robert Moreno's Granada in the league.

The Argentine forward Chimy Avila opened the scoring for Osasuna before Granada found the back of the net through veteran midfielder Angel Montoro.

The Los Blancos look like serious title contenders for this season, who find themselves 2nd in the league table, and things have been going smooth for Carlo Ancelotti's men so far.

They will next face Osasuna who have eked out great results this season and will be challenging Real Madrid for the top spot.

However, Real Madrid will be the favourites to win this game.