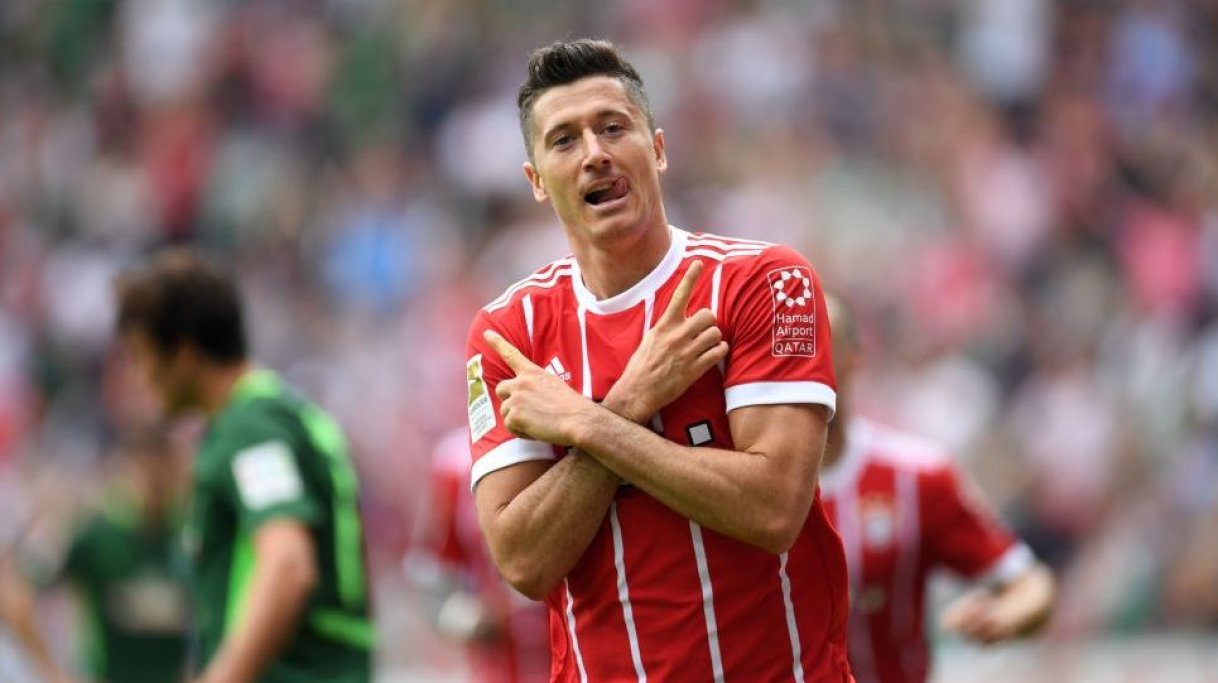 Polish international and Bayern Munich frontman Robert Lewandowski is the talk of the football world at the moment after his exploits on the field helped the German club to a historic treble in the Covid-19 hit 2019-20 season.

But the million-dollar question is how good a player Lewandowski is or is he the best striker for the past 10 years? Certain factors make him the best of his era. Let's take a look:

"He is one of the best, and maybe the best, striker in the world. He scores goals in almost every game and, of course, I think he deserves to be at the top and spoken about with [Messi and Ronaldo]," David Alaba, Bayern defender, and teammate.

In 2010 Borussia Dortmund signed a young Lewandowski from Lech Poznan and soon the striker became an integral part of coach Jurgen Klopp's famed 'Gegenpressing' system'. His first taste of an ultra-competitive European League with a disciplined training system came at the Westphalia Stadion. Under Klopp, Lewandowski improved his tactical side of the game.

"One of his finest qualities has always been with his back to goal, shielding the ball. The fact that he has become a world-class striker is down to his work ethic in training and his ambition. The way he motivates himself is extraordinary." Jurgen Klopp, former Borussia Dortmund coach.

To remain consistent over a long period of time in the tough competitive environment of European football is down to sheer discipline both in work and personal life. Working under Klopp at a working-class club like Borussia Dortmund early on in his career has helped the 32-year-old remain humble with his feet firmly on the ground. Being a striker does not make him look for his goals only. Over the years Robert Lewandowski has helped his teammates notch up important goals with the help of his vision and an eye for the important assists.

In the words of the man himself, "My idol was Thierry Henry. He was amazing – it wasn't just how he scored the goals but what he did for the team."

The Warsaw native broke a lot of Dortmund hearts when he signed a pre-contractual agreement with fierce rivals Bayern Munich in January 2014, ultimately joining the Bavarians in the 2014-15 season.

At the time the transfer was dubbed the 'worst-kept secret' and Borussia Dortmund was heavily criticized by its own fans for letting go of their prized asset for free.

But from a personal point of view, the transfer gave Lewandowski the chance to work under Pep Guardiola and other talismanic German figures at 'FC Hollywood'. While in Dortmund under Klopp, the Pole learned how to function as a team in a unique tactical set up based on movement, pace, and unrelenting pressing.

Coming under the Spaniard's influence meant he learned how to operate fluently amongst the very best. The glittering life of Munich compared to a more laid back one in Dortmund did not make the player forget the basics of remaining humble and down to earth.

While the system in Dortmund made Lewandowski and all other players work under a definitive strategy of teamwork and hard pressing, the Tiki-Taka tactics of Guardiola helped the player become more prolific in front of goal. Shooting from distance improved and positional sense contributed to the player scoring goals for fun including a breathtaking five-goal dash in eight minutes and fifty-nine seconds against Wolfsburg in 2015.

"He is one of the most professional footballers I have ever worked with. He eats, sleeps, and trains for his job. He's never injured because he focuses so much on the right diet and proper preparation." Josep Guardiola, former Bayern Munich coach.

Family of sportspersons and athletes

The tough physical attributes of Robert Lewandowski can be attributed to the sporting genes that exist in the Lewandowski family. His father Krzysztof was a Polish Judo champion and also played in the Polish football second division.

The six ft tall striker's mother Iwona and elder sister Milena played professional volleyball in Poland. These impressive sporting culture and discipline within the family imbibed the basic traits of sound physical and mental conditioning within a young Lewandowski's development programme as a player which set him apart from a lot of fellow professionals as far as success is concerned.

A healthy diet, hours of physical conditioning and wife's influence in cutting down injuries

Robert Lewandowski married Anna Stachurska, a karate World Cup bronze medalist, in 2013. Mrs. Lewandowska is a well-known sports nutritionist who has helped his husband remain consistently fit and competitive even 10 years after his debut for Borussia Dortmund.

The fitness regime that she has created along with a fat-free diet can be considered as one of the primary reasons why the Polish record goalscorer is the fittest footballer on the planet alongside Cristiano Ronaldo.

In an interview with Talksport, former Dortmund teammate Nuri Sahin said: “Lewy has the most incredible body, it’s just pure muscles. It stuns the other players in the changing room.”

The player focuses on high-intensity workouts at Bayern Munich training sessions focusing specifically on developing explosive power. He enjoys weightlifting and kickboxing with his wife. Alcohol is avoided as far as Robert Lewandowski is concerned to increase mobility and cut down on recovery time after grueling matchdays.

His physical conditioning and discipline have helped him avoid career-threatening injuries which in turn contributed to maintaining the same level of ferocious consistency over the past decade or so.

Robert Lewandowski made his debut for the Polish national team in 2008 and in that match against San Marino, he became his country's second youngest debut goalscorer.

He loves representing his homeland and is the most capped player with 112 appearances and is also the record goalscorer with 61 goals. Early exposure to international football gave a young Lewandowski the right platform to showcase his talent and Borussia Dortmund made the all-important move to sign him in 2010.

A competitive no-nonsense Polish league set up and academy training provided all the necessary ingredients in the development of a talented recipe that is Robert Lewandowski.

Style of play and individual brilliance of the player

With 227 goals, Robert Lewandowski is easily the best-imported player in Bundesliga history eclipsing Peruvian Claudio Pizarro's record in March 2019. The Polish star has grown up idolizing Roberto Baggio and Thierry Henry and certainly has matched these two legends shoulder to shoulder with his legendary exploits with both Dortmund and Munich in the past decade.

For a 32-year-old pace is still Lewandowski's prime asset and his bullish physique gives him a powerful presence in the middle. Comfortable in both feet and devastating in the air the Bayern striker has been instrumental in helping the club win the treble this season. His positional sense, dribbling ability, and set-piece skills make him one of the finest all-round strikers in the modern generation.

People always talk about Ronaldo and Messi being this era's greatest but the powerful Pole has created his own space and success to be considered the very best of the past decade. Consistency in finding the net at a ridiculous level, Lewandowski scored his 50th goal for the 2019-20 season with a double in the German Cup final.

He ended the season as the top scorer after winning the historic treble for Bayern. The striker has a creative side to his imperious game too. His vision, pinpoint passing, and holding the ball skillfully with his back to the goal to bring out the best of his teammates make him a true team player. Lewandowski can play a deeper role to help the team during times of crisis but can always surprise the opposition with his sudden burst of pace and skill.

Captaining his national side has given him that extra confidence of a leader which his being replicated on the field with high-level performances for both club and country.