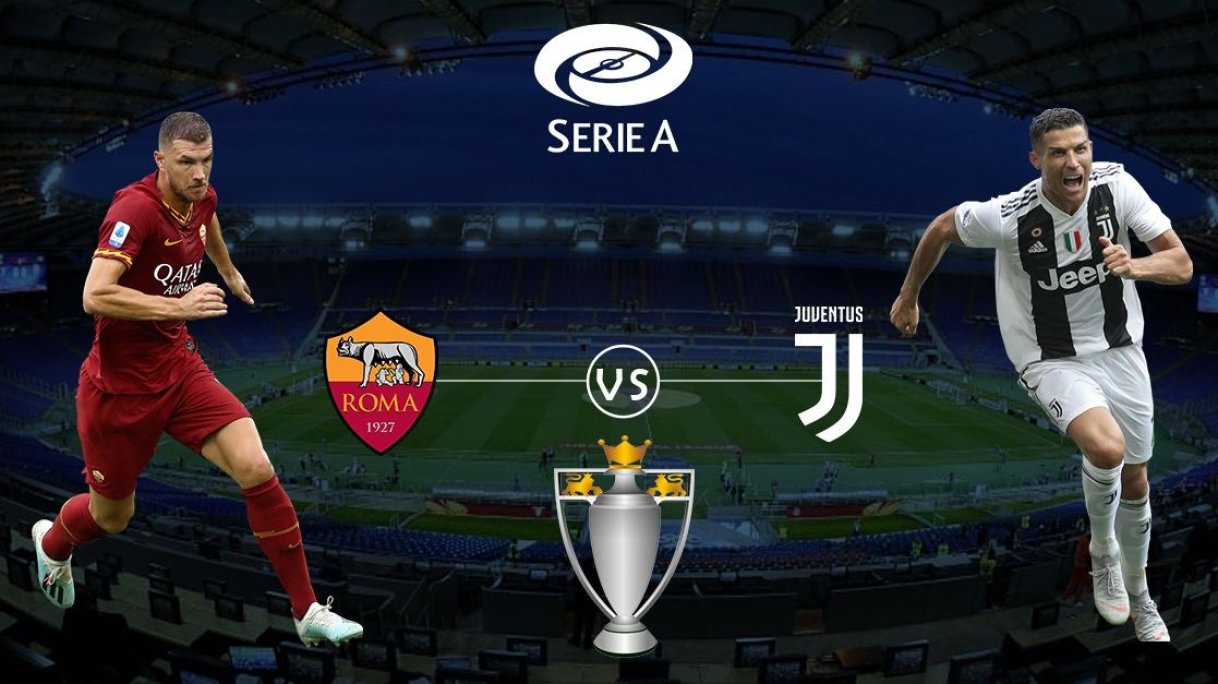 Roma vs Juventus: Serie A Match Preview and Prediction

The Stadio Olimpico was a House of Horrors the last time Juventus played there. Can Sunday night's visit be a little different?

Juventus looked brilliant in their return to the field against Cagliari. However, there are still a lot of fans wondering about Juventus' last game at the Olimpico, which they lost  3-1 to Lazio in a disappointing performance in the Super Cup final.

Coppa Italia is also round the corner, and the Serie A fixtures list is about to get busier as Juventus take on Udinese.

However, Saturday night will be against a talented Roma side that is feeling very good about the way things have gone their way in 2019. The first five months of Paulo Fonseca's tenure as Roma's boss have gone quite well.

Juventus will be eyeing this game as a must-win game as getting three points here will put the Old lady on the summit of the Serie A table.

Rodrigo Bentancur is still suspended for another two games after a red card against Lazio. Giorgio Chiellini and Sami Khedira are still injured.

Matthijs de Ligt is not fit but has started to improve. Merih Demiral, the new signing will be starting with Leonardo Bonucci again.

For Roma,  Bryan Cristante may appear in the starting 11 after months on the injured list. Leonardo Spinazzola, who missed training most of the week may not be fit enough to start.

Bruno Peres will also be joining the matchday roster for the first time since returning from multiple loan spells. Justin Kluivert and Federico Fazio are out of this important fixture as well.

Edin Dzeko will be looking to increase his goal tally and must be feeling responsible being Roma's top goal scorer. He has fired in seven goals and has made three assists in 18 games. The battle will not be an easy one as he will be against Leonardo Bonucci.

The 32-year-old has taken some responsibility as well after Chiellini was declared injured. The robust center-back has started in all the games and has been solid at the back. Offensively, Bonucci has three goals with one of them being from outside the box.

The 23-year-old Mancini will have a really hard time keeping the Cristiano Ronaldo led Juventus attack away from the goal and a clean sheet in this game would be a dream come true for the Roma player.

CR7 will be fired up after his hat-trick in the last game against Cagliari and will be in full mood to cause the Roma defense a lot of problems. Ronaldo is currently the top scorer of Juventus with 13 goals in Serie A.

Juventus might just edge in terms of quality and form. One of the biggest reasons is Cristiano Ronaldo, who will definitely give his hundred percent to clinch the three points for Juventus and increase his goal-scoring tally along with getting the Old Lady on the top of Serie A.

Roma will be looking for a strong comeback after losing to Torino at home and a victory in this game will surely have a very bright effect on their performance for the rest of the season.