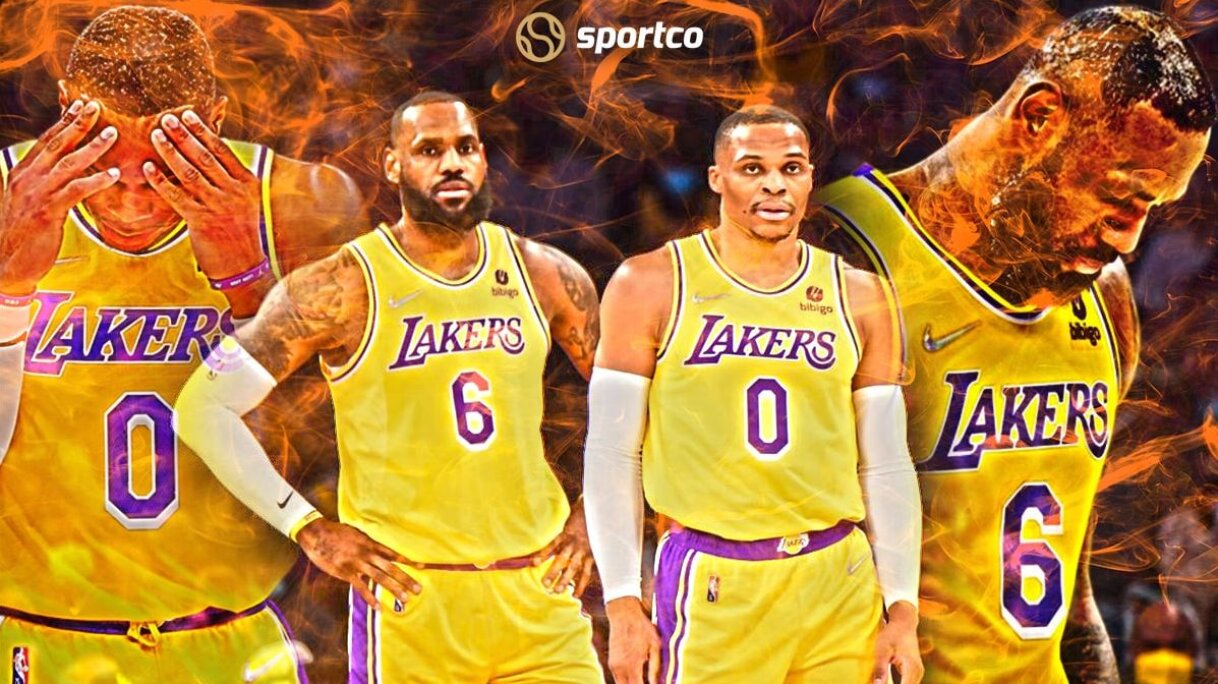 Russell Westbrook and the Lakers' rocky start to the 2021-22 NBA season should not simply be chalked up to the former's style of play, and while LeBron James continues to make his case for being the GOAT, a sub .500 record leaves the Lakers gunning for a play-in spot in the Western Conference.

In a span of two seasons, the Los Angeles Lakers have gone from champions to play-in contenders with arguably the worst of this journey coming in the last few months of the ongoing 21-22 NBA season.

Coming off an injury-laden 20-21 season, the Lakers went through a period of heavy attrition, with 6 players on the roster lost through free agency, including Alex Caruso and Dennis Schröder, and 5 through front office in a heavily anticipated trade to acquire Russell Westbrook.

In what has been LeBron’s 3rd attempt at making a super-team with Anthony Davis and Russell Westbrook, however, the LA Lakers have fallen incredibly short of expectations, consistently struggling to maintain a .500 record in the league, unable to find a relatively stable rotation, and over-relying on LBJ to save the day.

With Anthony Davis already missing 20 games this season (as of 26/1), the Lakers' have hardly ever been full strength, and for the 16 games we did see LeBron, Davis, and Westbrook together on the floor, the Lakers have had an underwhelming 9-7 record. With AD out for another month, we cannot expect the Lakers big three to save the day.

A huge part of this has been attributed, by and large, to Russell Westbrook and his style of play. Sports media, day in and day out, seems to pile on the pain for Westbrook, highlighting his poor shooting, high turnover rate and seemingly reckless play, and his answers (or lack thereof) to the media don’t help his case -

What does help his case, however, are his numbers. The following graph shows Westbrook’s stats between the 08-09 and 20-21 NBA seasons and his stats in the ongoing 21-22 season.

Rusell Westbrook's 3P% and TOV - which have been the main points of contention in his play - are almost identical to what he has averaged over his career before coming to the Lakers.

The places where significant drops in his numbers have been observed are his FT% and PPG, and with half a season still on our hands, I wouldn't be surprised if by the end of the season, everything evens out.

If what Westbrook does on the floor is not a problem per se, maybe he's just a square peg in a round hole.

LeBron James is one of the greatest NBA scorers of all time, and having such an offensive force - with as vehement an offensive output as can be expected from a 37-year-old - in the starting lineup along with Anthony Davis expects Westbrook to assume a more traditional PG role, and let LBJ and Davis explode in the paint.

None of this invalidates what Russell Westbrook brings to the table, though it does slightly modify it. JJ Redick, on The Old Man and The Three, put it incredibly and highlighted a broader point:

The Lakers look to be done this NBA season, and with Anthony Davis' return in the next, the hope should be for more stability, more fluency and more wins - someone else has averaged at least 20 points per game in the regular season on seven of the ten occasions when LeBron James reached the finals and while this is not a reflection of whether or not this team will make the playoffs, let alone the finals, LeBron is playing out of his mind, and at 37, still carrying a team, something he self-admittedly has been doing since he was a rookie in the NBA.

LeBron James, Anthony Davis and Russell Westbrook might have a lot more to offer for the Lakers than we have seen, but nobody right now should be in the business of making promising predictions for the Los Angeles Lakers.