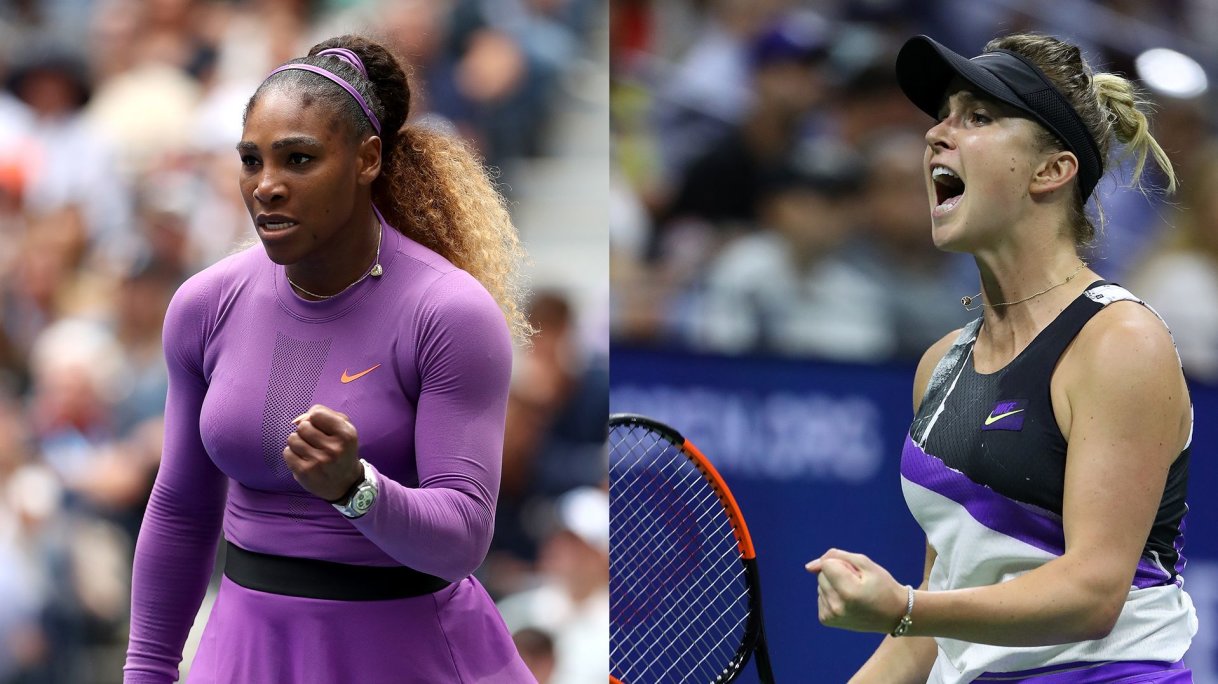 23-time grand slam champion, Serena Williams has set up a scintillating semifinal clash with one of the best Next Gen players, Elina Svitolina.

Serena is back to her best much to the delight of the New York crowd. Her first-round match with Sharapova went as expected as Serena won 6-1,6-1. The American dropped the first set of her next match against 17-year old Catherine McNally but bounced back to clinch the next two sets 6-3, 6-1.

Total control and dominance were visible in the next two rounds as Serena dispatched Muchova and Martic in straight sets. She only conceded 12 games in the process.

Her quarterfinal opponent, Wang Qiang, was coming off a stunning win against World Number 2, Ashleigh Barty and was expected to put up a fight. But, Serena demolished Wang 6-1 6-0 in just 44 minutes. She also converted 100% of her breakpoints.

Svitolina has been the player to beat in this tournament. She has not lost a single set in all the five matches she has played. She overcame the spirited challenge of the Venus Williams, and overcame Madison Keys in straight sets in the second and fourth round respectively.

Johanna Konta challenged her in the quarterfinals but Svitolina capitalized by breaking her serves to grab the match 6-4 6-4.

Serena will look to continue her attacking game while Svitolina will depend on her defence to trouble the six-time champion.

Serena's outburst against Carlos Ramos in the 2018 final might linger in her mind. She badly wants to win the title this year to ensure that it is her performance that speaks.

“For me, it gave me lots of confidence, as well, because I was playing really good sometimes. It gave me the confidence to actually let me believe that I can play consistent against the top players,” said Svitolina ahead of the match and it indicates a lot of self-belief after reaching her second grand semifinal in a row.

“Svitolina is obviously a fighter, she gets a lot of balls back and doesn’t make a lot of mistakes and is one of those players that does everything really well, so I have to do everything well, too,” said Serena praising Svitolina.

Serena leads the head to head, 4-1, comfortably with her only loss coming in the 2016 Rio Olympics.

While Serena has the experience, Svitolina has form. The fans can expect intense focus and long rallies from both the players in an electric centre-court atmosphere.