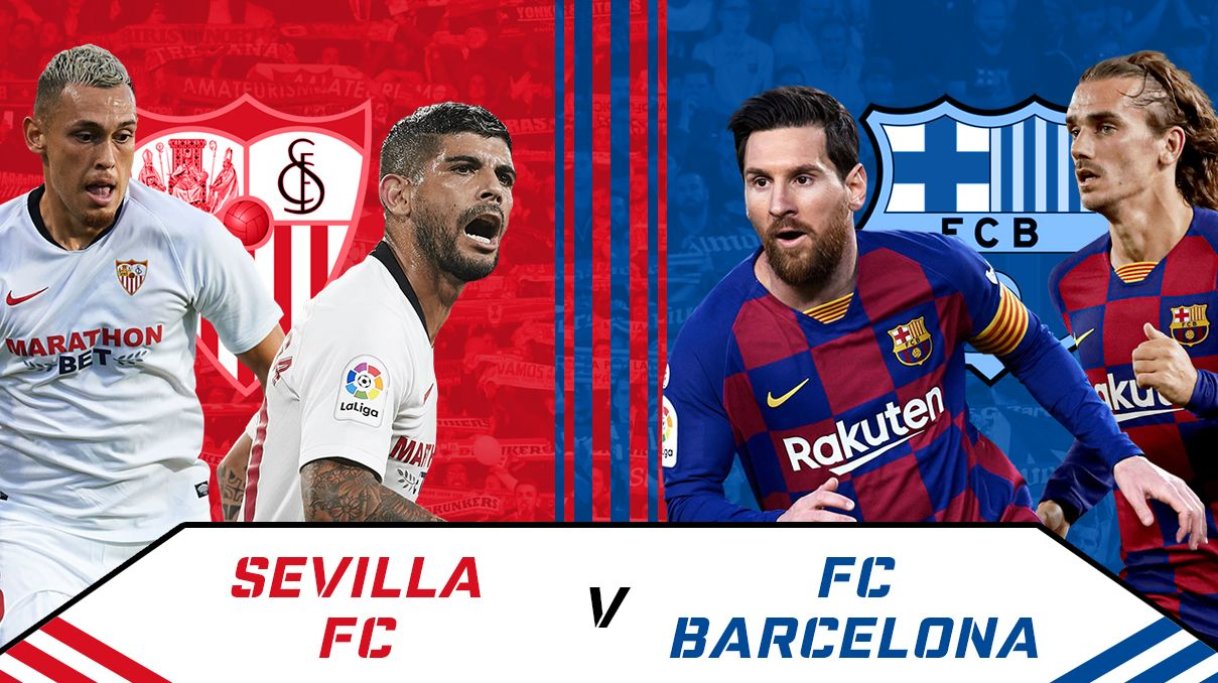 Quique Setien’s men are being pushed for the league title with Real Madrid hot on their trails. Los Blancos recorded an impressive 3-0 win over Valencia CF last night, with Karim Benzema scoring a brace and Marco Asensio finding the net in his first appearance after returning from an ACL tear induced layoff.

Sevilla were the first team to play when La Liga restarted a week ago. In the Seville Derby, they defeated Real Betis 2-0 at Estadio Ramon Sanchez Pizjuan. Lucas Ocampos opened the scoring via a penalty and Fernando Reges doubled Los Nervionenses’ advantage in the 62nd minute.

Julen Lopetegui’s side had to share points with Levante UD at Estadio Camilo Cano in midweek La Liga action. Dutch striker Luuk de Jong found the net first in the 46th minute but it was cancelled out in the 87th minute due to an own-goal by Diego Carlos.

FC Barcelona have tallied two wins from two since the restart. They humbled RCD Mallorca 4-0 in their first game, with Lionel Messi scoring one and assisting two. Arturo Vidal, Martin Braithwaite and Jordi Alba were the other names on the scoresheet.

The Blaugrana were victorious again on Wednesday as they beat CD Leganes, 2-0, at Camp Nou. Ansu Fati was the first name on the net followed by Messi who converted a 69th minute penalty.

FC Barcelona have been in the driving seat in the last six meetings (across all competitions) between both sides. The Catalan club has won five while Sevilla has recorded one victory – a 2-0 win in the 2018-19 Copa del Rey Quarter-Finals. Barca, however, came back to beat them 6-1 in the second leg.

In the reverse fixture at Camp Nou this season, Setien’s side hammered Sevilla, 4-0.

Luis Suarez, Vidal, Ousmane Dembele and Lionel Messi scored in a one-sided win which also saw the hosts being reduced to nine men. After taking a 4-0 lead, the Catalan side saw Dembele and substitute Ronald Araujo sent off in quick succession.

Lopetegui has the luxury of calling upon a fully fit squad in what promises to be a tough encounter.

Setien, however, will have to reshuffle his lineups.

With Samuel Umtiti suspended, Clement Lenglet will feature in the heart of defense alongside Gerard Pique.

Sergi Roberto has fractured his rib and will be out for at least a week. Nelson Semedo is likely to start at right-back.

Frenkie de Jong has injured his calf which means that Arthur Melo is likely to partner Vidal and Sergio Busquets in midfield.

With two goals and two assists in as many games since the restart, Messi is soaring.

He was the key man for FC Barcelona in the 4-0 demolition of Mallorca and also played a primary role in the win over Leganes.

Controlling the Argentine magician is a near-impossible target and the most you can do is to delay the impact he makes. Lopetegui will be playing on the counter against Barca and Reguilon will have to closely mark Messi in order to not afford him too much time on the ball.

Setien knows how important Messi’s influence is and thus will be counting on Antoine Griezmann to keep Sevilla’s defense busy. The Frenchman has been underwhelming for the Catalan side but his quality is not in question.

Messi has scored 37 goals and provided 17 assists in 38 games (across all competitions). You can expect him to add to that tally tonight.

Ever Banega vs Arthur Melo

Injuries have limited Arthur Melo this season but when fully fit, the Brazilian is a midfield master.

He’ll be up against a similar but more experienced foe tonight, in the form of Ever Banega.

The Argentine midfielder is the midfield orchestrator for Sevilla and controls the pace at which they play. He’s a swiss-knife of a midfielder who can contribute on either end.

Midfield control will be an important factor in this crucial game for both sides and both South Americans will need help from their teammates in order to dictate play.

Ocampos has emerged as a solid goal-threat in Spain, thanks to his tendency to dribble and get involved in quick-passing moves.

The Argentine has scored 11 goals this season – the most for Sevilla in the league. He got on the scoresheet in the 2-0 win over Real Betis. Along with Luuk de Jong and ex-Barca man Munir El-Haddadi, he is part of an exciting attacking trident that can trouble the best of defenses.

Alba has been a consistent performer for a decade who can hold his own on both ends of the pitch. He too, however, will be wary of the tools that the in-form Ocampos brings to the field. Checking the Argentine’s movement around the box will be of prime importance for the Spanish full-back.

With a hungry Real Madrid and Zinedine Zidane on their tails, the pressure is on FC Barcelona to get maximum points from this tough fixture.

Real Madrid are just two points behind Barca and will be facing Real Sociedad on Sunday. For Setien, the ideal result would be getting three points in Seville and hoping that Real Sociedad are able to defeat Los Blancos at the Reale Arena.

Sevilla too are in a battle for Champions League spots with Atletico Madrid, Getafe and Real Sociedad. With 51 points, Sevilla are currently third, two points ahead of Los Rojiblancos at fourth and four points ahead of fifth-placed Getafe.

FC Barcelona’s strong showings against Sevilla, and the overall squad quality, gives them the edge in this game. The Catalan side has looked fit coming out of the lockdown and you can expect them to defeat the hosts. Their defense hasn’t been tested since the restart but tonight should be a different story.