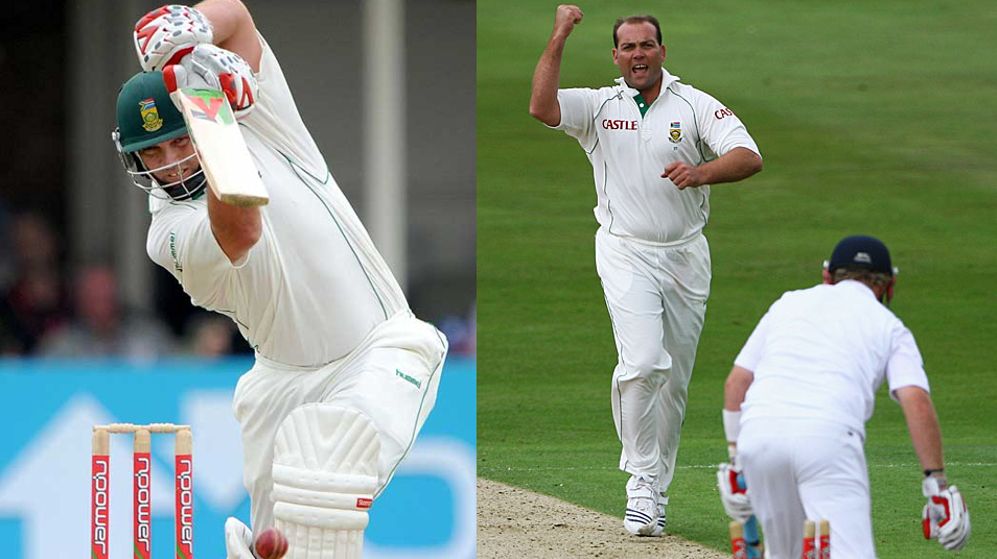 The virtue in the gentleman’s game of cricket is best manifested probably in an all-rounder. Adept in more than just a solitary skill set, the best of all-rounders can change the course of the match with the bat, ball or even by fielding. There have been many such players, but six men come to the fore at first glance. We look at the six best Test all-rounders in the game of cricket.

Hadlee was New Zealand’s go-to-man in every scenario. An accomplished bowling all-rounder, he bagged 431 wickets from 86 Tests at a stunning average of 22.29 (Then world record). A more-than-handy lower order batsman, Sir Richard Hadlee made 3124 runs at 27.16, including two centuries and 15 half-centuries. He was singularly crucial in the Kiwi fortunes, and instilled in them a sense of confidence and purpose.

Presently the Prime Minister of Pakistan, Imran Khan will always be remembered as the captain who brought the World Cup Trophy home to the archrivals of India. A talismanic presence with bat and ball and sensational leadership skills, Imran boasts of 362 test wickets at 22.81 from 88 Tests, and as he proved to be more and more susceptible to injury, he started focusing more on his batting. With a batting average of 37.69, with six centuries and 18 half-centuries, Imran is a member of the all-rounder’s triple club (300 wickets and 3000 runs).

The greatness of Sir Garfield Sobers on the field has been extolled by teammates and opponents alike. A truly natural cricketer, he is regarded as the greatest cricketer for many cricket lovers. He had the ability to bowl medium fast or spin, and was effective with both. With the bat, he scored 8032 runs at an average of 57.78 from 93 Tests, getting 26 centuries (His 365* against Pakistan comes to mind) and 30 fifties. Having taken 235 wickets at 34.03, he was an excellent fielder and had also served as captain of the West Indies. The ICC Cricketer of the year Trophy is named after Sobers.

The great English hope of the 1980s, Sir Ian Botham was an inspirational figure for cricket’s motherland, so much so that the 1981 Ashes came to be known as “Botham’s Ashes.” Beefy, as he was known in cricketing circles, was the fastest to 1000 runs and 100 Test wickets, and finished his career with 5200 runs at 33.54 from 102 Tests, having scored 14 centuries and 22 half-centuries. With an impressive tally of 383 wickets at a good average of 28.40, Botham was a true match-winner.

The quintessential leader who got India its first taste of the World Cup in 1983, Kapil Dev was an absolute phenomenon of an all-rounder. In a terrific Test career spanning 16 years, Kapil surpassed Hadlee’s record and finished with 434 wickets at 29.64 from 131 Tests. And he excelled with the bat too, amassing 5248 runs at a very decent 31.05, with eight centuries and 27 half-centuries. Such was his tremendous impact that India has unsurprisingly not found a true heir to Kapil's throne ever since his retirement.

Arguably the greatest cricketer to have played the game, South African Jacques Kallis, was a technically proficient batsman who was handy with the ball and excellent at fielding. In a Test career which spanned 18 years, Kallis scored an incredible 13289 runs with 45 centuries and 58 half-centuries, at a mind-boggling 55.37 from 166 Tests. He is third on the all-time list. Having taken 292 wickets at 32.65 and an equally impressive 200 catches (Third on the fielding all-time list), he was truly a genius.