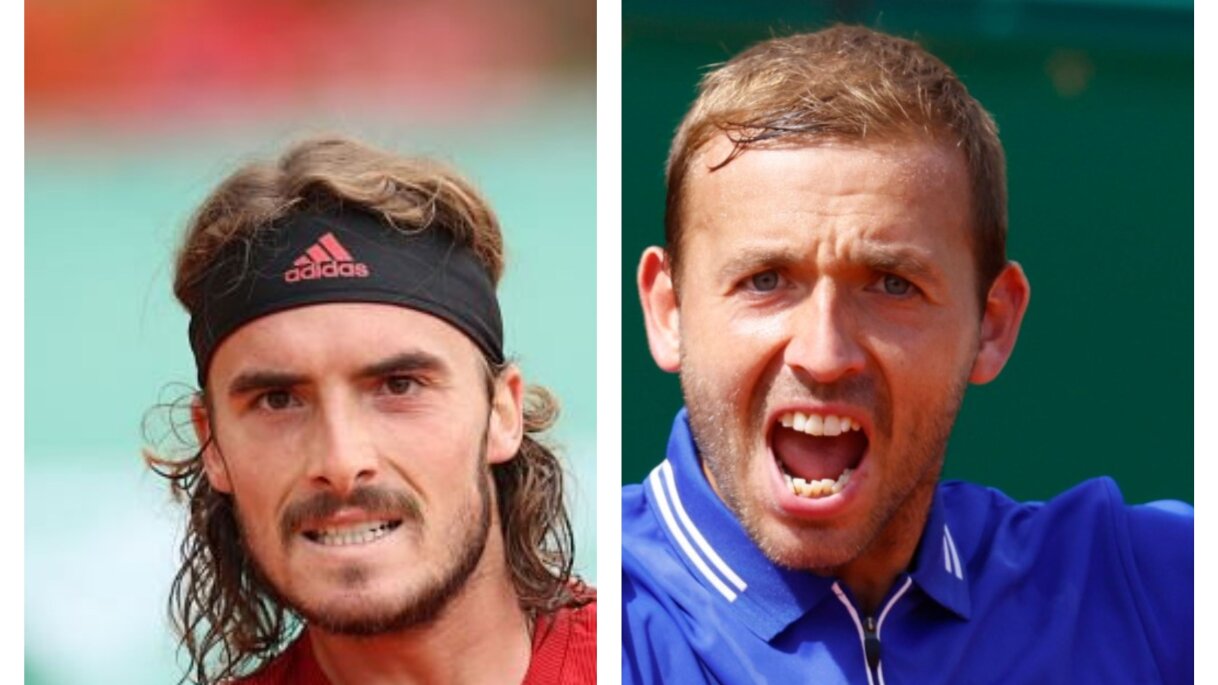 The fourth seed Stefanos Tsitsipas takes on the in-form Dan Evans in a scintillating semifinal at the Monte Carlo Open.

Stefanos Tsitsipas was leading 7-5 in his quarterfinal when his opponent Alejandro Davidovich Fokina retired hurt due to a left thigh injury. The first set witnessed long rallies and the Greek clinched 70% of his first-serve points and also saved two breakpoints.

"The level of play was high at the beginning, we played a lot of long rallies, and the intensity was high in every one of them, I tried to pretend he was not injured and keep playing as I was doing, I had to do what I had to do, force him to run and work on every point," said Tsitsipas revealing his strategy that worked wonders against Fokina.

On the other hand, Dan Evans notched up a brilliant come-from-behind win against the 11th seed David Goffin. Trailing 7-5, the Brit displayed tremendous grit to win the second and third sets 6-3 6-4 to storm into the semifinals.

Evans claimed 69% of his first-serve points and saved an impressive 15 out of 17 breakpoints. He also took full advantage of the Belgian's inconsistent returning ( a whopping 47 unforced errors).

"Just to come back today and back it up was probably the best thing about it, I thought I did a good job in the third set to keep going point after point and hang in some games which I was probably a little lucky to come through," opined Dan Evans after a tiring 2-hour 46-minute victory against Goffin in the quarters.

The match is scheduled to begin at 1:30 PM Central European Time.

Stefanos Tsitsipas leads the head-to-head record 2-0 against Dan Evans. The Greek defeated Dan Evans in straight sets (6-3 6-1) in the round of 32 at the Hamburg Open played on the red dirt last year.

"He has handed it to me the last two times we have played, I will change some things, be a bit more aggressive, that is the only way I can play, if I get dragged behind the baseline like I did today, with all due respect to David, he (Tsitsipas) will come in more and knock the volleys off a bit better, so I need to be the one doing that," remarked Evans highlighting his game plan ahead of the big semifinal.

Stefanos Tsitsipas has been calling the shots this week in Monte Carlo by firing on all cylinders. The youngster has a solid one-handed backhand.

His main strengths are powerful returning from the baseline, smart netplay, and impressive volleying skills. Tsitsipas will mostly win the match if he wins more than 70% of his first-serve points.

Dan Evans has been a revelation. Not an accomplished clay-court player, this is the first tournament in which he has won main draw matches on the red dirt after four years. He has outlasted his opponents with a mix of backhand slices and clever drop shots.

The Brit has a deep forehand to control the rallies aggressively. Evans has succeeded immensely in windy conditions with low bounce.

Stefanos Tsitsipas will start as the strong favorite with his big-match experience and positive H2H record against Dan Evans. Having spent 4 hours 55 minutes on the court in his last two matches, fatigue may affect the Brit's chances. He also played a doubles match alongside Neal Skupski after his win against Goffin.

The first set will be crucial for both players. Dan Evans can target the vulnerable backhand of the Greek to grab more points while Tsitsipas will aim to avoid struggling in the crucial points after generally starting well.