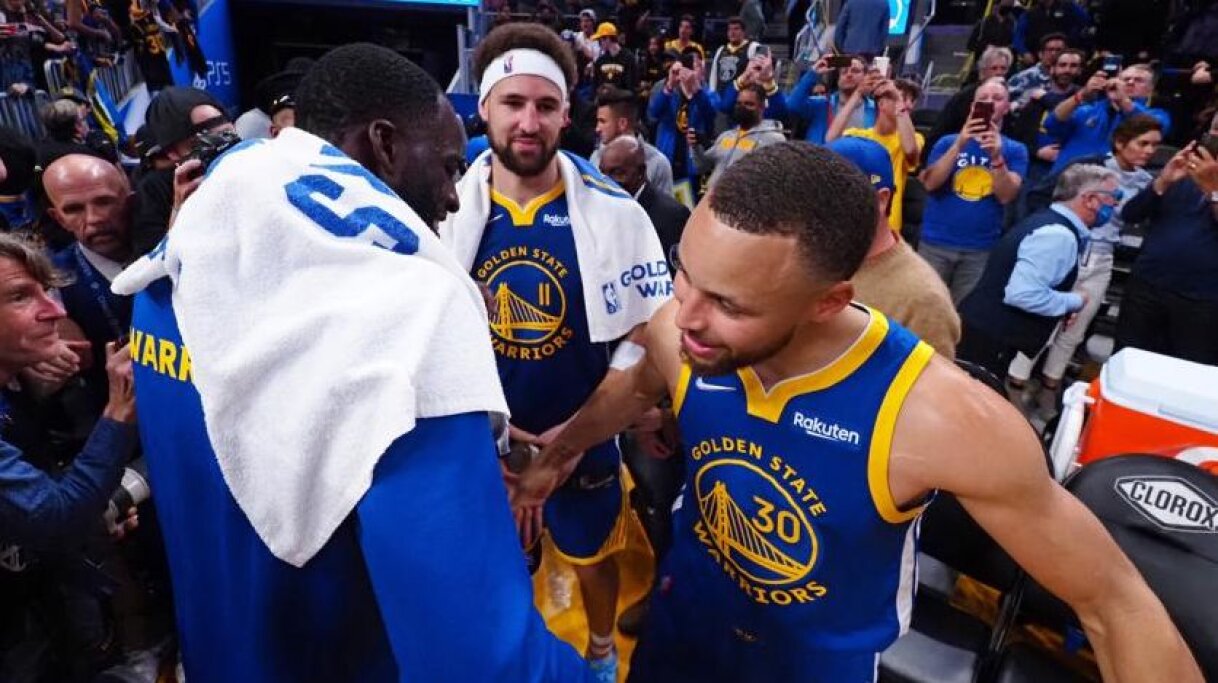 It was a night of celebration for the former unanimous MVP and co. as the Golden State Warriors posted a relatively smooth 14 point victory over the Washington Wizards as the final box score showed Warriors — 126, Wizards — 112.

On his 34th birthday Golden State’s very own poster boy Stephen ‘Wardell’ Curry, who has had a season which started of with him leading the MVP race to breaking the all-time record of number of 3 pointers made in history set previously by Ray Allen and also winning the first Kobe Bryant All Star Game trophy after scoring a record 16 3s in one game, went on to score a 47 point dub against the Wizards on a Monday night at the Chase Center.

It was a night on which the superstar trio of Steph, Klay and Draymond were back together and playing after a long wait of little more than two and a half years.

Draymond’s impact to the game was instant as he entered when there was 4 minutes 50 seconds left at the clock in the 1st quarter where he made a beautiful pass setting up Curry at the wing from where he nailed a 3 pointer.

It has been a 2 month lay off for Green due to a back/disc injury, but it didn’t seem like he had lost a step as in typical Draymond fashion his impact on the game was drastic as he had a +/- rating of +24 coming of the bench while he posted a measly stat line of 6 points, 7 rebounds and 6 assists.

“Passing is like riding a bike, it’s something you never forget”, said Green as he spoke to NBC Sports Bay Area Crew postgame.

In the time of his 2 month layoff it became quite visible how much of an impact he has on this team winning games as in that time the warriors have slipped down to the 3rd seed in the Western Conference. Even though they are tied with the Grizzlies who have the same record of 47 wins and 22 losses this season.

“It’s a clinic in terms of how you impact the game if you are not getting the shots. You can see how contagious the energy is even if we don’t make them, like getting an open look is demoralizing for the defense with the amount of offensive weapons we have”, said Curry in the post game press conference as he references Draymond’s ability at setting up screens and passing the ball.

Even though giving credit where credit is due, Curry himself absolutely went off in the game as he was not just scoring 3pts but also driving with the ball, tearing apart the Wizard’s defense. Once sending Kristaps Porzingis clueless in the air trying to block Curry’s layup as he faked it and went the other way.

Overall it was a sublime performance from the two-time MVP on his birthday which also reminded every other team what he and the Warriors are capable of at close to full strength.