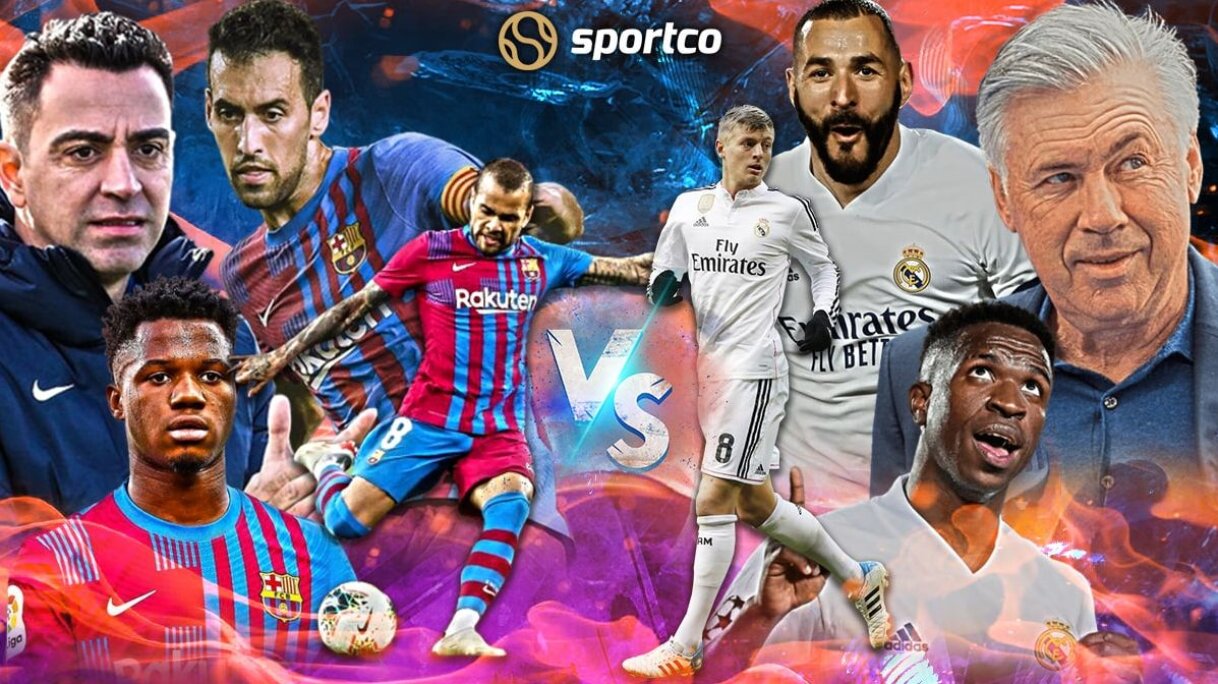 Barcelona and Real Madrid are set for an EL Clasico showdown when they meet in Super Cup 2022 in Saudi Arabia.

The Catalans’ start to the new season has not delivered what we expected, and they hit rock bottom ever since Lionel Messi left the club.

Their poor performance saw the sacking of Ronald Koeman and the arrival of club legend Xavi. Under him, the club only eked out a few positive results and were eliminated from the Champions League.

While their rival club Real Madrid started the season in great form and are 17 points adrift Barcelona. The Los Blancos duo Benzema and Vinicius Junior have been wrecking-havoc to opponents’ defense and will likely cause trouble to Barcelona.

- If Real Madrid wins against Barcelona today, they will complete a century of El Classico wins

- In the last five games against Real Madrid, Barcelona have not scored more than one goal

Real Madrid are the clear favourites in this game; they have a formidable squad that will face a squad in their restructuring phase. It is likely to be seen how Xavi will deploy his squad as he has all the players available for the first time.

However, we fancy Real Madrid to prevail in this game.