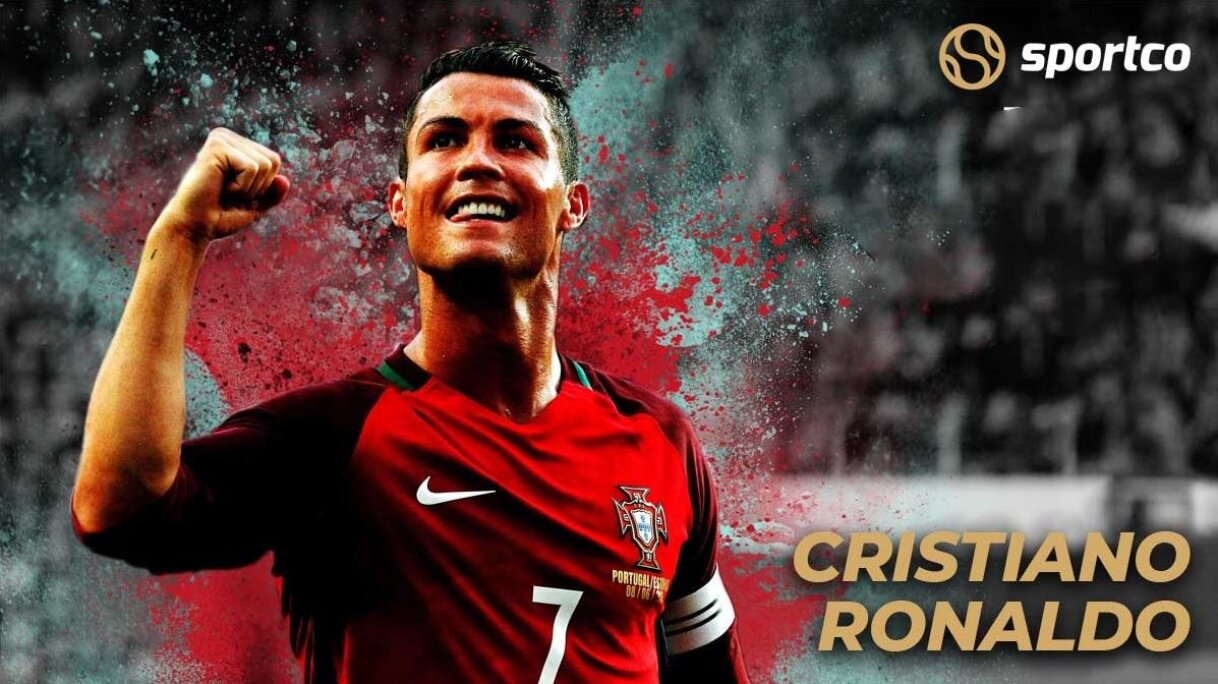 World Cup, Qatar 2022 will see Portugal International Cristiano Ronaldo will be wearing the famous Red and green trim in the World Cup finals in what could be his World Cup finale.

Ronaldo and his teammates will battle against Uruguay, Ghana, and South Korea in Group H. The Euro Cup 2016 winners will begin their campaign against Ghana on November 24, 2022, at Doha.

Ronaldo who previously won the Euro 2016, his first major international honor is eyeing this year's World Cup for one last dance with Portugal at the world's biggest sporting event.

Let's have a look at Ronaldo's record-setting international exploits and World Cup journey so far.

The talisman since his debut for Portugal in 2003 has taken the world by storm tearing apart many record books.

Ronaldo is currently the all-time leading goal scorer in men's international football, with 117 goals. Moreover, the forward will be eyeing to take his tally even further in the famous red and green in the upcoming world cup.

The 37-year-old is the leading scorer in the history of the European championships, as he has 14 goals across five editions, ahead of the great Michel Platini of France (nine).

The young Cristiano Ronaldo marks his World Cup Debut in 2006

The 21-year-old Ronaldo played for Portugal under the captaincy of legendary Figo in the 2006 FIFA World Cup. He made his debut against Angola wearing the No. 17 shirt. Meanwhile, his goal against Iran in the next match made Ronaldo the youngest Portuguese to score in the World Cup finals.

Portugal finished the tournament in the fourth position as they lost the semi-finals to France and third placed game to Germany.

Captain of the Portugal side in 2010, South Africa

By the time, the 2010 FIFA World Cup took place in South Africa, Ronaldo was a big name in World football. The Portugal superstar has won the Ballon d'Or and UEFA Champions League and made his big move to Real Madrid.

Taking up the captain's armband from Luis Figo, as he inherited the No. 7 shirt.

Portugal in Group G played two goalless draws against Ivory Coast and Portugal, however, they thrashed North Korea 7-0. Later in the Round of 16, Portugal were defeated 1-0 by eventual champions Spain.

Ronaldo sustained a leg injury in a training session just mere 12 days before the World Cup. the injury proved costly, as Ronaldo did not arrive in the best shape for the competition in Brazil.

Portugal were thrashed by Germany 4-0 in the opening game and drew 2-2 against the USA in their second. However, in the final group match, Ronaldo did score a late winner to defeat Ghana 2-1 but it wasn't enough to qualify for the knockout stages.

By the time, Ronaldo reached Russia, with three consecutive UCL medals, overall winning five and four with Real Madrid, moreover, winning the European championship with Portugal two years prior. Probably this was the first time, the record goalscorer arrived in a World Cup, as a lethal soldier, and Portugal was now seen as a dominant force after their Euro triumph in 2016.

In the first match of the 2018 FIFA World Cup against Spain, Cristiano Ronaldo produced one of the most astonishing performances in the tournament's history. Furthermore, his free-kick to score the equalizer in the 88th minute to complete the hat trick was one of the highlight goals of the high-octane tournament.

Later, he also scored the winner for Portugal in a narrow 1-0 win over Morocco, and in the final group stage game, Portugal were held by Iran at 1-1. However, in the Round of 16, the Euro 16 winners were eliminated by Uruguay as they lost 2-1.

Ronaldo, claimed to be the greatest of all time by many has seven goals and two assists in FIFA World Cups. With the era coming to its end, the world has its eyes on Ronaldo at Qatar World Cup, as it's an opportunity to relish one last dance for the GOAT.