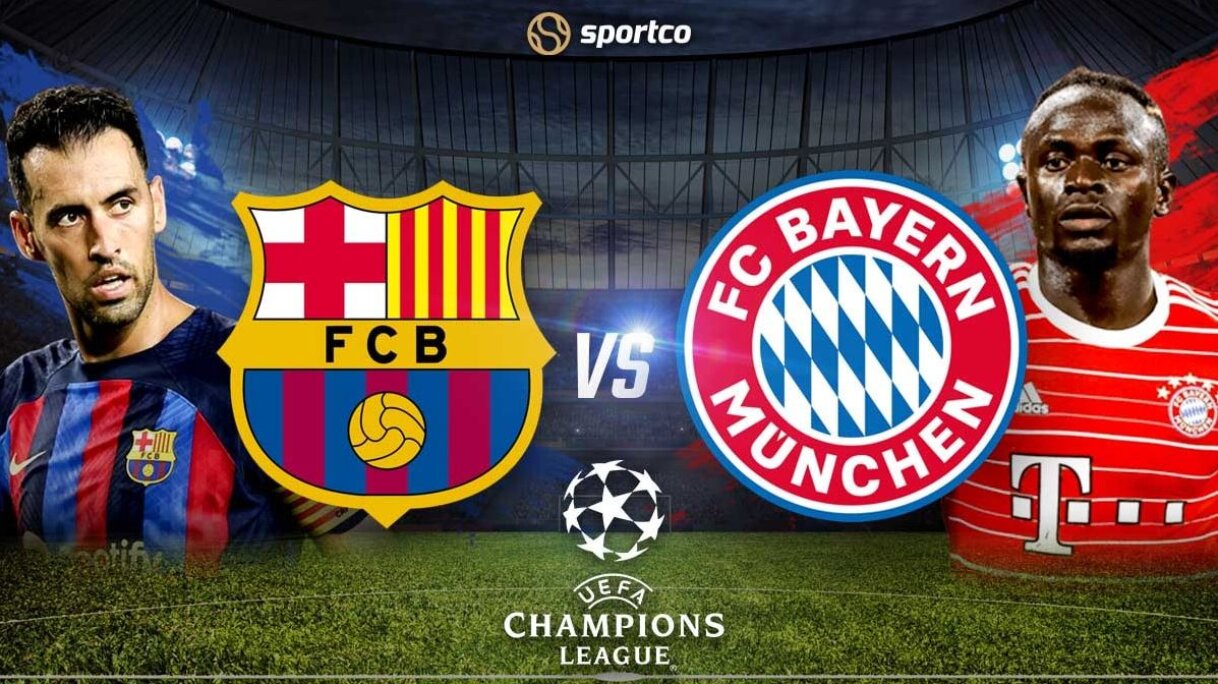 Barcelona could face a harsh reality check on Wednesday evening as they host Bayern Munich on Matchday 5 of the Champions League. The Catalans who were facing elimination from the competition on Matchday 4 will have a do-or-die contest on hand as them needing a win.

Bayern Munich on the contrary will book their place in the Round of 16 with a win while also clinching the status of group winners.

Barcelona will need to be at their fluent best on Wednesday evening as they host Bayern Munich knowing that a win will also not save their relegation from the Champions League. Bayern have got Barcelona’s number and the Germans will know exactly what is to be done to get the better of their opposite number.

In four visits to Camp Nou, they have won on two occasions with a famous 3-0 win in May 2013 in the semifinals. The win saw them reach an all-German Champions League final where they beat Borussia Dortmund in the final at Wembley. Barcelona have also beaten Julian Nagelsmann’s men twice, but they know even a win could see them get relegated on the night.

The Champions League season has so far seen Bayern amass an unbeaten record with four wins out of four and will be looking for a fifth win. A win for Bayern will see the top of the Group Stages for one more time that could see them avoid big boys like Real Madrid, Paris Saint-Germain, Napoli, and others in the Round of 16.

Since their win against Viktoria Plzeň on Matchday 1, it has not been a season going according to the plan for Barcelona. They almost lost three matches in a row before they drew a stalemate on Matchday 4 against Inter Milan with a 92nd-minute equalizer.

That draw coupled with a win against Viktoria Plzeň, they have won only mustered four points. Those failures in the recent three matches have seen them lose their destiny with their realistic hope of clinching European glory coming in the Europa League. If Barcelona better Viktoria’s result on Wednesday, Xavi’s side will guarantee a place in the Europa League.

Last week’s El Classico defeat to Real Madrid saw the clatan giants end their unbeaten run in La Liga. They currently have dropped only five points in the domestic league but are still three points behind the league who are on 31 while Xavi’s team sits on 28 points in La Liga from 11 matches.

Bayern Munich on the flip side are also second in the domestic league as they trail Union Berlin Bundesliga by one point. Bayern currently have 22 points from 11 Bundesliga encounters and will know that winning the Champions League group will see them rest some important players for the domestic campaign.

Barcelona’s injury problems look set to continue after Xavi saw Gavi and Sergi Roberto forced off against Athletic on Sunday. Xavi does have Hector Bellerin back fit in case Roberto is out, while Andreas Christensen is also expected to return shortly from injury.

It’s mostly bad news for Bayern as Leroy Sane (hamstring), Lucas Hernandez (hamstring), Thomas Muller (GI problems), and Manuel Neuer (shoulder issues) are all confirmed out. Noussair Mazraoui, at least, is back on the side after recovering from some hamstring issues.