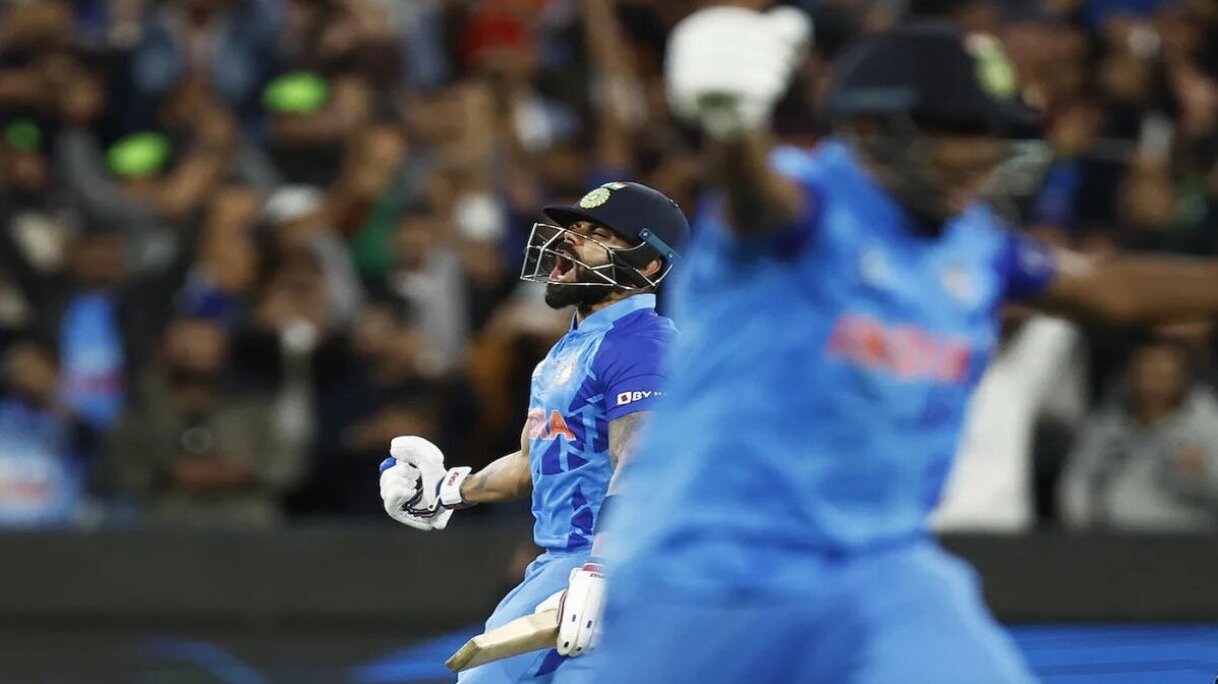 The cricketing world was afraid that a blockbuster on Sunday could be washed out due to rain. Luckily the rain gods were kind enough to not spoil the match between the arch-rivals of India and Pakistan.

The match started out with a bang when Arshdeep Singh got out Babar Azam for a golden duck. The roar around the stadium was electric and from that ball onwards there was never a dull moment and it was only fast-paced action from there on. Mohammad Rizwan followed Babar Azam to the pavilion when Arshdeep Singh surprised the Pakistan wicket-keeper with a short one.

Later, there was a hundred-run partnership between Shan Masood and Iftikhar Ahmed. Masood played the role of the anchor, holding the innings from one end while Ahmed played the role of a pinch hitter, scoring a fluent 51 off 34 balls. The match turned in Pakistan's favor when Iftikhar Ahmed smashed Axar Patel for 21 runs in an over. Pakistan was in the driver's seat again.

Mohammad Shami brought the breakthrough for India, getting Iftikhar out by LBW. India changed the gears and turned the tables in their favor with Arshdeep Singh, Bhuvneshwar Kumar, and Hardik Pandya running through Pakistan's middle order.

In to the second Innings, the bowlers of Pakistan did not make it easy for India to chase the target. The duo of Haris Rauf and Naseem Shah ran through India's top order, taking the wickets of Rohit Sharma, KL Rahul, and Suryakumar Yadav. Axar Patel ran himself out in a cheap way and India were 30-4 in 8 overs.

With few wickets in hand and the asking rate is 11 per over, Virat Kohli and Hardik Pandya had a huge task in their hands. What the fans were about to witness was one of the best innings in T20I history. The former Indian captain took on the Pakistan bowling attack single-handedly and was playing unbelievable shots with such ease.

A run chase for the ages

In the 17th over, Virat Kohli took on Shaheen Afridi, smashing him for 17 runs in an over. The game was on. During the 18th over, the 33-year-old played one of the greatest shots of all time, smashing a back-of-a-length delivery straight for six. It was a beautiful sight for all cricket fans and it was definitely a statement made by the run-machine.

India needed 16 to of the last over. This over included was filled with drama as it included a catch, no ball, six, a wide, and a stump out. With 1 required from the last delivery, Ravichandran Ashwin held his nerve and finished the game off in style.

This is a match people are going to remember for years to come. The hype, the drama, and the emotions after the game were over the roof. This is the best Diwali gift the Indian fans could ask for and we have witnessed an amazing game of cricket.