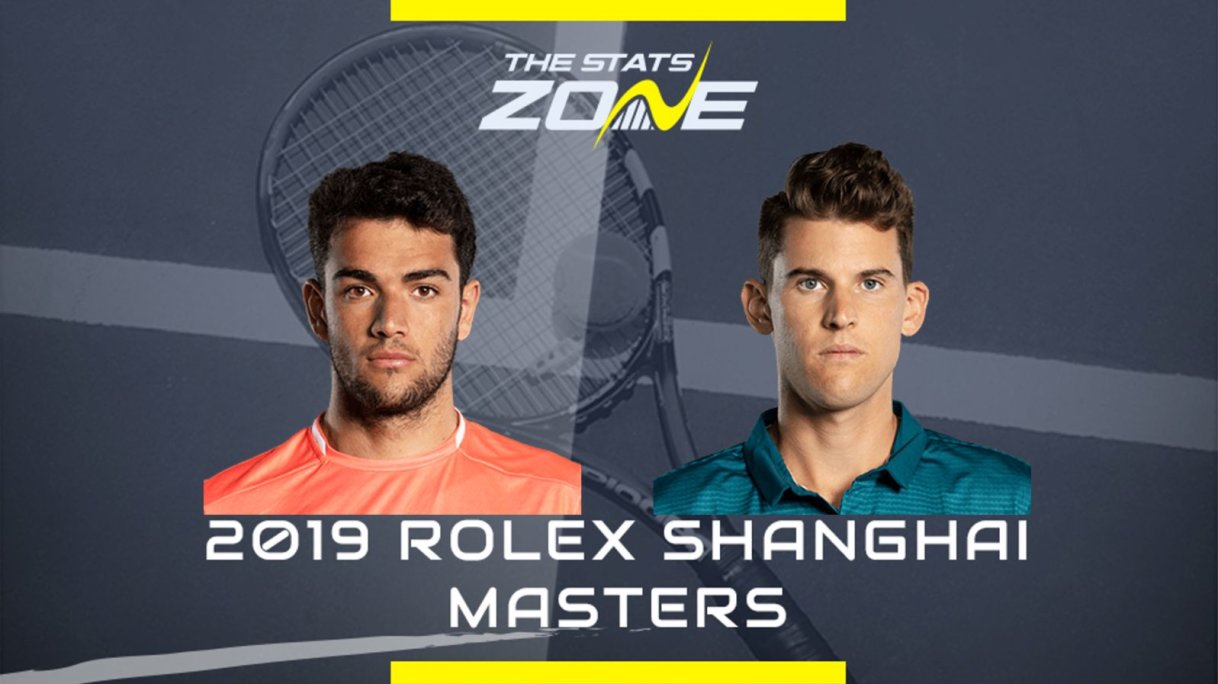 World number 5, Dominic Thiem will face off against number 12, Matteo Berrettini in another Next-Gen battle in the Shanghai Masters quarterfinals today.

The Austrian is in fantastic form after clinching the China Open last week. Though he was the top seed, he never felt the pressure as he swept past Richard Gasquet, Zhang Zhizhen in straight sets in the initial rounds.

In the much-hyped encounter against the former World Number 1, Andy Murray, in the quarter-final, Thiem was in no mood for any let-down in intensity as he won 6-2, 7-6.

In two tough matches in the semifinals and finals, Thiem used his all-round game and mental strength to beat World Number 9, Karen Khachanov, and World Number 7, Stefanos Tsitsipas. After losing the first set in both the matches, Thiem came roaring back to clinch the remaining two sets and win the title.

He has not lost a set in Shanghai so far. The fourth seed defeated Pablo Carreno Busta and Nikoloz Basilashvilli in the round of 32 and 16 respectively. The first serve has been a strong weapon for Thiem as he has clocked 84% and 81% accuracy in the two matches played so far.

On the other hand, Berrettini has been continuing his good form after reaching the US Open semis this year. He partnered with fellow Italian, Simone Bolelli and finished as the runner-up in the St. Petersburg Open. An early exit followed in the China Open as three-time grand slam champion, Murray, outlasted him 7-6, 7-6.

The 11th seeded Berrettini has been in brilliant touch in the Shanghai Master. He he has not lost a set yet. Jan Lennard-Struff, Cristian Garin, Roberto Bautista Agut have all been his victims so far.

The Italian has fired 30 aces so far and looks unstoppable at the moment. He has overcome the crunch moments with an impressive break-point conversion rate of 64.70%.

Both Thiem and Berrettini would look to create history as they challenge the big boys in a top tournament.