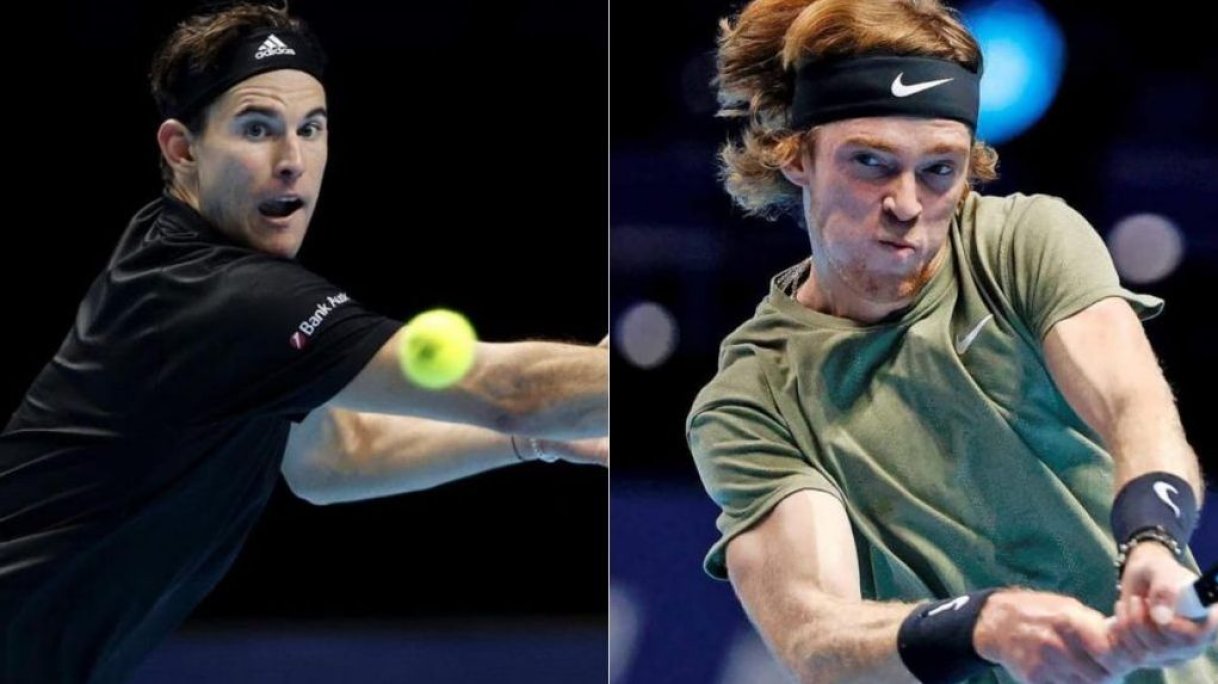 Dominic Thiem edged past Rafael Nadal 7-6 7-6. Rafa failed to convert a few set points in the first set and was ahead by a break in the second set and did not capitalize on the advantages to eventually lose in straight sets. The Austrian pushed Nadal behind the baseline and raised the level of his game at the right moments.

On the other hand, Rublev lost in three sets to Stefanos Tsitsipas. He failed to make use of a match point in the third set tiebreaker committing a double fault to lose the match.

The Austrian's aggressive and attacking style has paid him rich dividends. His forehand has been accurate and his backhand slice has been used cleverly while playing shots close to the net.

Rublev too has powerful groundstrokes off both the wings and uses his inside-out forehand along with his impeccable footwork to keep his opponents behind the baseline.

Having beaten the third-seed two times in a row, Rublev would know every aspect of the Austrian's game and would give a strong fight to notch up his first win in the tournament.

Thiem will aim to maintain his unbeaten record and be in the best shape ahead of the semifinals. Even if the matches go very close, Thiem is having the edge by winning the tiebreakers. Rublev has to play attacking tennis and control his nerves if he wants to trouble Thiem.