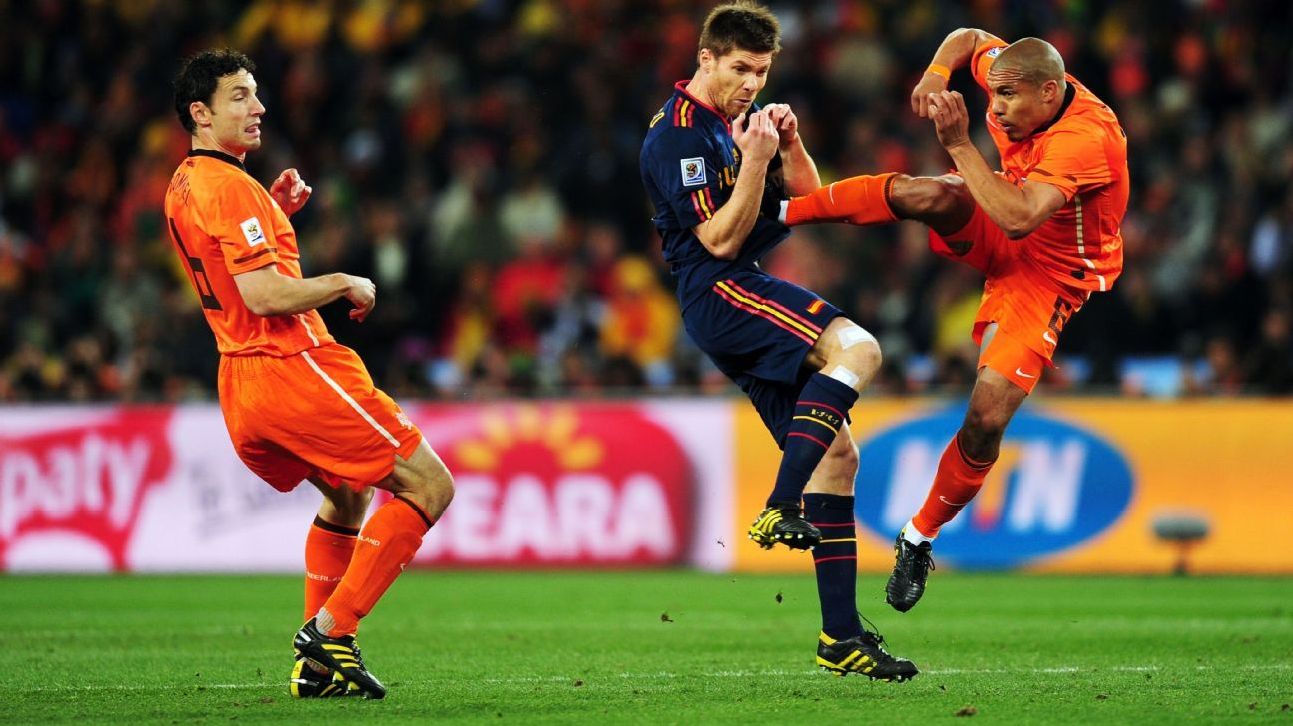 Three of the worst fouls that football has ever seen

Football can often turn ugly, despite the presence of the referee, and can give rise to unfortunate instances in the heat of the moment. But it is important to see that opponents do not get badly injured in the process. Quite a few times, players deliberately indulge in fouls and dirty tackles by endangering the values of fair play, and we take a look at three such incidents.

Derby matches are always potential hot-blooded affairs, and the clashes between Belgian clubs Standard Liege and Anderlecht are no different. To give you a bit of context, the previous season, then-starlet Axel Witsel was the hero who scored the decisive penalty in Standard's play-off win against Anderlecht that got them their second successive title. In this derby, however, he committed a wretched tackle with a savage lunge on Anderlecht defender Marcin Wasilewski. The Pole suffered from a double open-tibia fracture. An incredibly lenient €250 fine and eight-game ban followed, much to the resentment of Belgium and most of the football world.

The subtext of this infamous knee-high tackle was an incident which occurred three years previously. A mistimed lunge from Keane at Leeds's Haaland resulted in a cruciate ligament injury for the United skipper. The incensed Haaland was not at all sympathetic, thinking that the Irishman had tried to dive and get a penalty. The Norwegian stood over Keane and called him a ‘faker’. As it turned out, Keane held a more than slight grudge about it, and he brutally utilised his opportunity for revenge in the 2001 Manchester derby by inflicting a career-ending injury on Alf-Inge Haaland. A red card, five-game suspension and £150,000 fine followed, but hardly was a fitting punishment after Roy Keane revealed the level of malice in his autobiography.

Something about World Cup finals brings the worst out in players. The Dutch side’s rough play was eventually punished by Andres Iniesta in the second half of extra time in Johannesburg as Spain lifted the trophy, but not before Vicente del Bosque's men had taken some serious physical pounding. English referee Howard Webb issued a record 14 yellow cards in the final. In one of the most shocking incidents in that 2010 final Nigel De Jong's studs-up karate kick to the chest of Xabi Alonso was insanely dangerous. Even more incredible was that the former Manchester City player escaped a direct red card, with Webb later admitting that his view was restricted. Alonso later remarked that it felt like his body had been torn apart after the tackle.