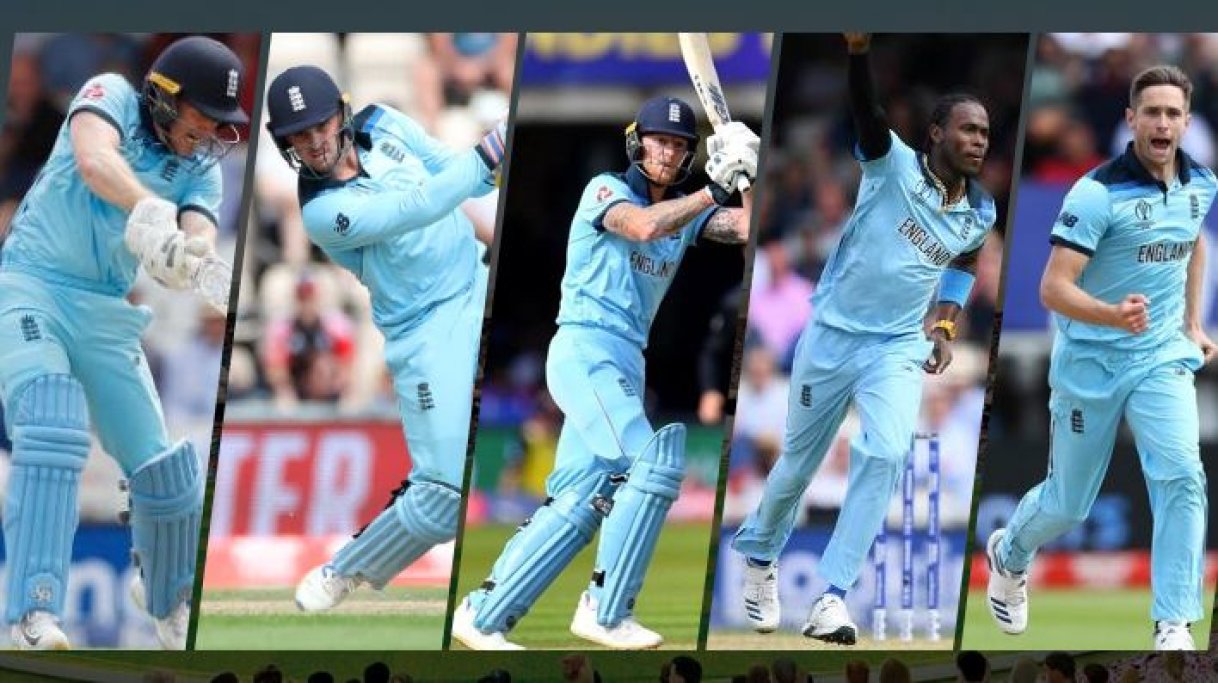 How did England  won the World Cup?  By how many  runs or wickets? Channels are sniggering over the boundary rule. The decision to give six runs given on that Martin Guptill overthrow is being questioned.

The fact of the matter is, England have won the World Cup in their own backyard.

For me they have been the winners of ODI cricket since 2017. This World Cup win was, but a culmination of a journey that began after that fateful night in Adelaide in 2015.

How it all began

In 2015, a low profile but a successful coach, Trevor Bayliss was appointed England's head coach. A "bits and pieces" player who played for New South Wales. A coach who converted Sri Lanka into a unit of strength to take them to two consecutive World Cup finals in 2007 and 2011.

A coach who made it possible for Kolkata Knight Riders to win two IPL titles. Not only that, he also led Sydney Sixers to a Big Bash title and a Champions League T20.

His Twenty20 experience convinced him to believe that the fifty over format is an extended version of the former.

So, a dream called Total Cricket was born.

What did England achieve

It was the beginning of a new era. A new team was picked and the old guard was phased out. No James Anderson, no Stuart Broad and, except Joe Root, no Test players. A new team with a simple agenda: ball is to be hit and if you have to bowl, the bowl fast.

England beat Australia, 2-1, in the ODI series Down Under. They scored 356,366 and 321. Suddenly, the world took notice. Next, the West Indies were sent packing 3-0 by Mark Wood, David Willey and Adil Rashid-Moeen Ali duo.

The South Africans were disposed off next, with England scoring 320+ yet again. A new strategy was showing up.

At the 2017 Champions Trophy, England swept aside Bangladesh, Australia  and New Zealand by scoring 300+ scores. The Three Lions, however, lost to eventual winners, Pakistan, in the semis.

Australia was stunned 4-1 and scores of above 300 on three occasions showed the power of total cricket.

New Zealand was defeated in a hard fought series that ended 3-2. England had collapsed on multiple occasions against NZ's quality bowling. As a result, Ben Stokes was told to adapt a new game where he has to stay till the end and other batsmen will hit about with gay abandon.

The result was a 5-0 whitewash of Australia. England were incredible at Nottingham, making a world record score of 481. Scores of 342, 310 and 314 in other matches proved that England's style was the new gold standard of ODI cricket

Wresting the No. 1 ODI ranking

England beat India, the then No. 1 ranked team, 2-1, and wrested the crown from them.

They then outclassed, Sri Lanka 3-1, scoring a mammoth 366 in one match.

Along with the batsmen, England's bowlers also deserve appreciation. All are different and that is why at different pitches, someone or the other picks wickets.

Stokes causes problems with his swing and cutters. He has taken 70 wickets in 95 ODIs.

Adil Rashid, leg spinner with 143 victims in 99 ODIs. He's also the second highest ODI wicket-taker in the world since 2015.

Jofra Archer's inclusion made this bowling unit a lethal one at the 2019 World Cup.

How many  teams can blast of having so many wicket takers.

The year started with 2-2 with West Indies when Gayle storm was brewing. A score of 418 again proved the competence of England's batsmen.

England brushed aside Pakistan 4- 0 just before the World Cup. The fact that England scored 300+ in all games made it even more incredible.

With such performances it was a shocker that they lost to Pakistan and Sri Lanka at the World Cup. That can be attributed to Jason Roy's injury as once he came back, England turned into a different beast.

England's top seven have a career strike rate of around 100.

Very few teams can boast multi-centurions in one playing XI. England are one of the few nations that can. So, even if they are 50/3, the batsmen keep on attacking.

Total Cricket, which emphasizes contribution from all players, definitely worked for England.

All batsmen score centuries at a similar rate. Any of them can be a match winner. Collapses do not mean dull cricket. Each bowler rises and can provide a lethal spell.

For me, England is the only team which has the potential, will and cavalier attitude to play total cricket. I won't be surprised if they are able to sustain their wondrous ODI form in the coming years.