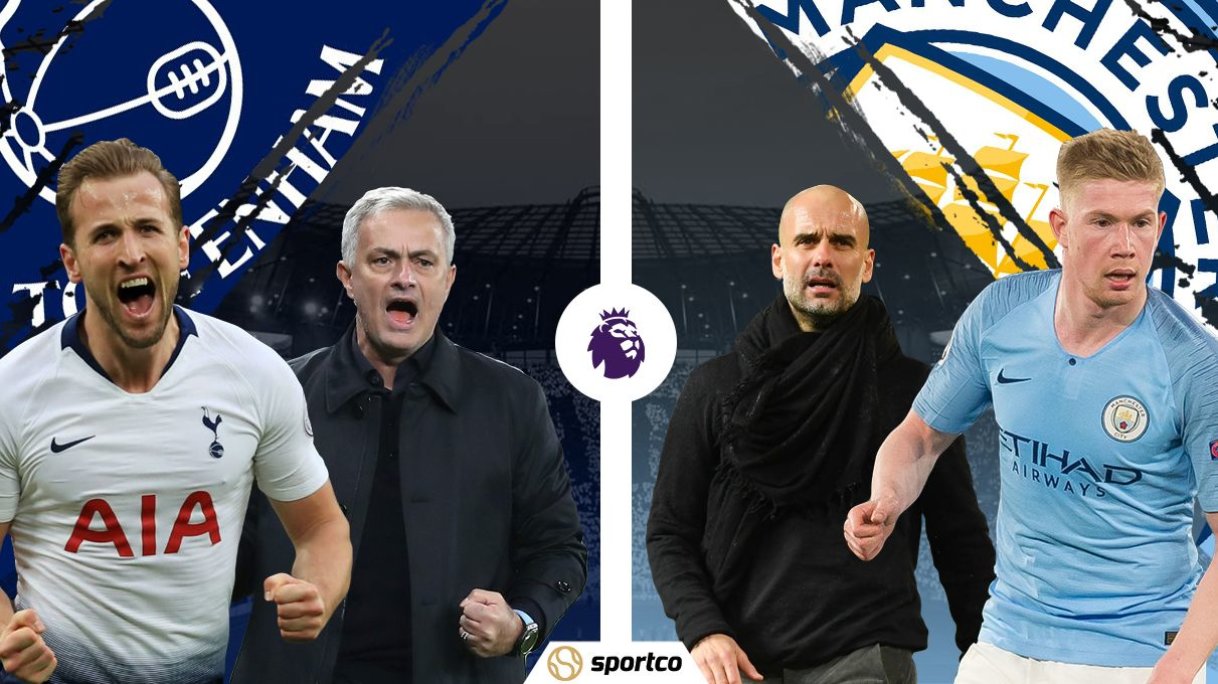 Plenty of minds will be focused on North London as Tottenham host Pep Guardiola's Manchester City at the Tottenham Hotspur Stadium after an action-packed international break.

Jose Mourinho's impact has been pretty solid on this Tottenham squad and every department has shown visible improvement in both, the mental and physical aspects.

They are not anymore the team that wants to sit back rather with several midfield additions in this season, Tottenham has enough men allotted towards creativity.

The Cityzens would hope to change their fortunes as they are tenth in the league currently, while Jose and Co. are second. With Leicester visiting Anfield the following day, Tottenham has a great chance of claiming the top spot, something Jose must have surely spoken about to his players.

On the other hand, Pep will be hoping to get some consistent results on the board as there are no international games until March 2021 and it's going to be a busy schedule from now on.

Tottenham Hotspurs are on the longest unbeaten run so far in the English top-flight. If they manage a triumph at home, this will be the first time Spurs will win four consecutive league fixtures since February 2019 when Mauricio Pochettino was in charge.

Kane has been in staggering form this season with 23 goal involvements in just 14 games, eight more than the next Premier League player in the charts with 13 goals and 10 assists.

The Manchester side has fallen short in their strongest department, firing only ten goals in seven Premier League games. With Jesus back in action and a successful international spell for Kevin De Bruyne, the Spaniard would be hoping for some positive results in the future.

Matt Doherty will be a forced change for Tottenham's XI that played West Brom as the ex-Wolves defender tested positive for COVID-19.

Gareth Bale would be more anxious for himself than for the game as he had hugged Doherty post-Wales' game against Ireland. However, since the Welsh tested negative, he may feature in this high-profile tie too.

Eric Lamela is sidelined while the Frenchman, Ndombele, is a doubt for Tottenham.  For the Cityzens, newly signed Dutch center-back Nathan Ake will be absent after he pulled his hamstring just after playing six minutes against Spain in their 1-1 draw.

Sterling kept himself out of the international games due to a calf issue and his fitness rate makes him more likely to feature against Tottenham. However,  the hattrick hero Ferran Torres may be preferred after his impressive performance with the national side.

Benjamin Mendy and Fernandinho are still far from ready to feature in the game.

The South Korean returned early from the international break while Kyle Walker was a part of England's 4-0 victory against Iceland.

The winger has been spectacular this season with ten goal involvements in just eight outings in the league. Harry Kane's play-maker mode has benefitted massively for Son and his battle against Walker will be worth a watch.

Walker looked solid in the international break. However, things have not been the best for the right-back in the league despite firing a banger against the Blades in their 1-0 win.

Mourinho is known for manipulating players and playing them away from their first- choice position. Even though having success in the past,  the Special One was criticized heavily after he played Scott Mctominay at the center back position in a game during his time at Manchester United.

Dier has no such concerns and has adapted to the role well at Tottenham while the Nations League also allowed the world to witness Scott being actually played as a defender by the Scotland coach.

Jesus would be hoping to regain his 2019-20 form and this may be the best time for the Brazilian to unleash.

Two of the most decorated and experienced managers in world football will be locking horns for the 24th time and Jose would be looking to settle scores, having lost ten times to Guardiola, more than he has succumbed to any other manager.

However, the ex-Bayern Munich boss will have their last meeting in mind when Tottenham Hotspurs beat his side 2-0.