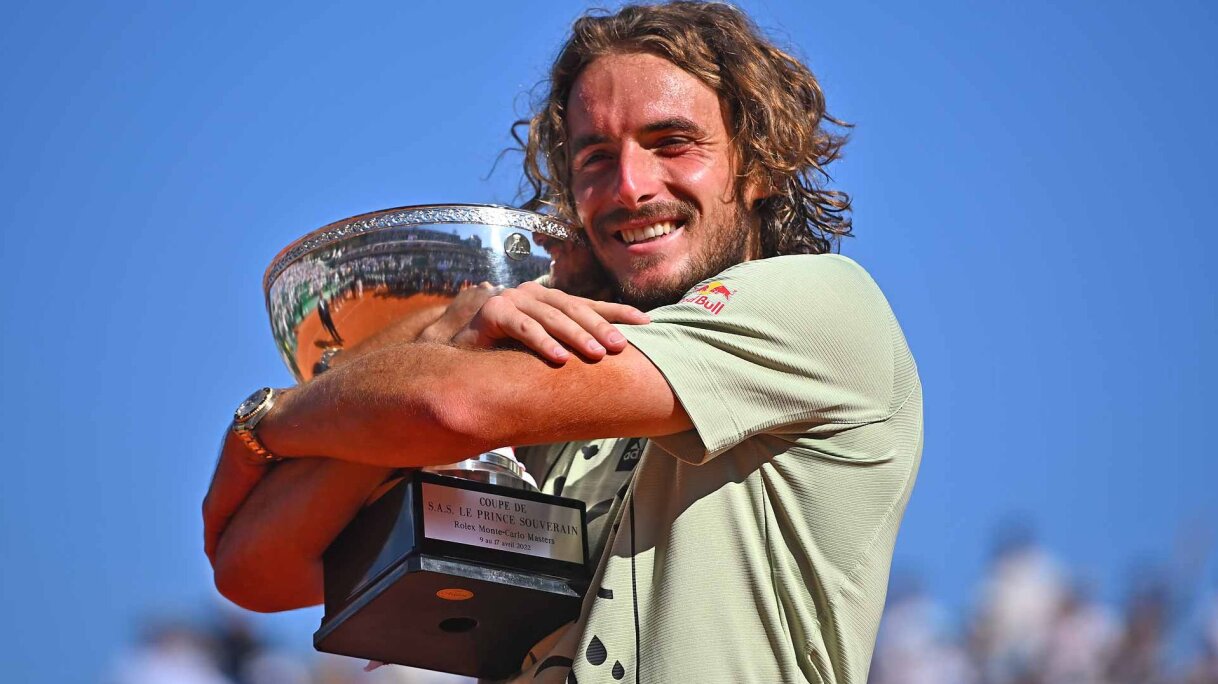 Defeating his opponent World No. 46 Alejandro Davidovic Fokina in just under an hour and thirty-six minutes, Tsitsipas not only defended his Master's title but also won an eighth ATP title. From the start, the World No.3 kept steady pressure on his opponent.

“Not in a million years would I have thought I would be in  the situation I’m in today,” Tsitsipas said after winning the Monte Carlo Masters 2022. “I’m very proud of the amount of belief I had in my game.”

Striking his forehands with amazing accuracy with a lot of top-spin the Greek tennis star from the beginning was showing everyone who the true winner was.

Davidovic Fokina kept his cool throughout the match, breaking his opponent three times and even levelling the match at 4-5 when Tsitsipas could not serve out his game.

The last time they had met, Tsitsipas had won the match after Davidovic Fokina retired losing a set in the quarters. The World No. 3 now has a 3-0 lead against his Spanish counterpart.

Though experiencing defeat in the final of the Monte Carlo Masters, Davidovic Fokina has reached a career-high rank of No. 27.