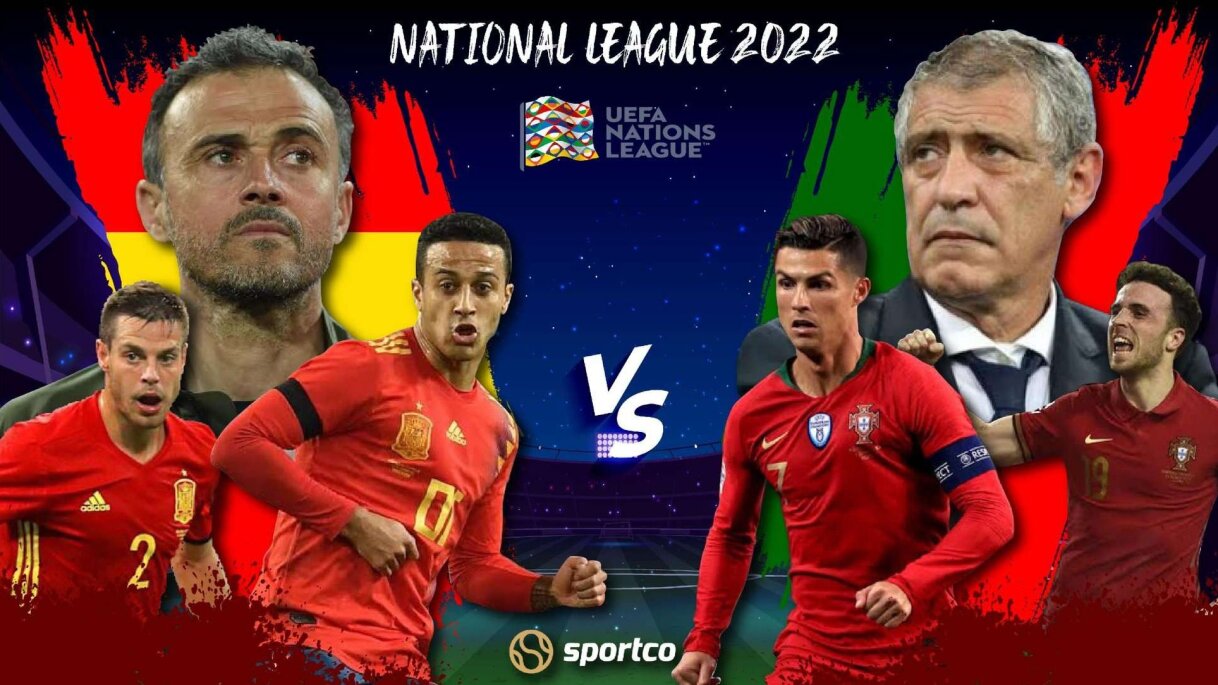 Spain and Portugal are set to face each other at Estadio Benito Villamarín in the UEFA Nations League.

Spain, the runner-up in the UEFA Nations League, suffered a 2-1 loss to France in the Nations League final. Luis Enrique has brought back tiki-taka, and the players have done it well; Spain's 5-0 demolition of Arnar showed us what they are capable of.

Previously, we might claim that Portugal lacked quality players, but the squad now boasts a plethora of high-level, experienced players, and with Ronaldo leading the way, confidence should be skyrocketing.

Spain do not have to rely on top players to carry them in these games since Enrique's philosophy has been beneficial, as we can see on the field. The relentless passing game till the opponents are weary has produced results, and Portugal must prepare for this.

The Selecao have players with the calibre to compete with Spain. However, La Roja is reliant on teamwork and may wear Portugal out.