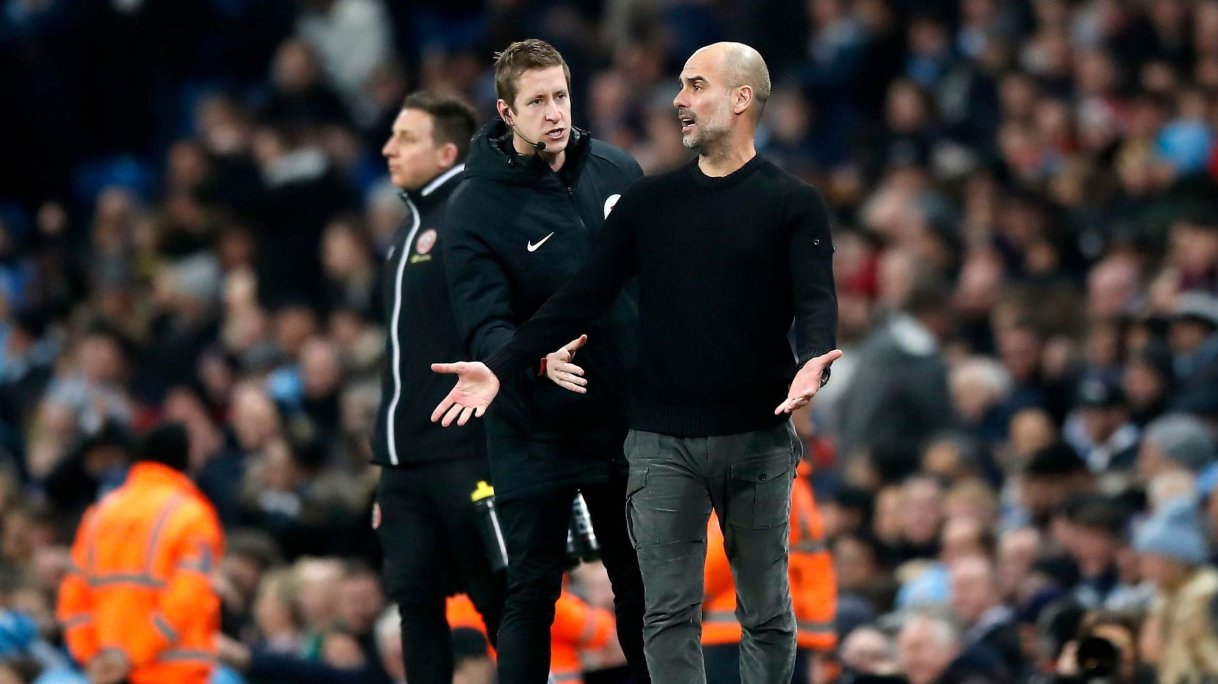 Manchester City benefitted from a very close and controversial VAR decision against Sheffield United. However, Pep Guardiola was still not happy with the technology and termed it a ‘mess’ despite the win.

City had the fate’s support when Blades forward Lys Mousset had a first-half strike harshly denied for offside by VAR. The review system also helped Sergio Aguero score the opening goal even though John Fleck was inadvertently blocked off by the referee Chris Kavanagh in the build-up.

The Video assistant referee has ruled out several goals this season. The most recent one being Teemu Pukki’s goal against Spurs while Wolves had a strike disallowed for a marginal outside against Liverpool, just a few seconds before the half-time. Both goals could have been a massive turnover in their respective games.

There have been many debatable decisions this season. Guardiola then told Sky Sports,” I said many times I have a huge issue with VAR. Every weekend is a big mess. In other games, it was a big mess. Hopefully next season it can do better.”

The City boss has seen some heartbreaking moments specifically related to VAR. First, it happened against Tottenham in the UCL quarter-finals, where the entire Man City dugout along with the players were enjoying Raheem Sterling’s late winner, which was later overturned by VAR.

It happened again in the Premier League and surprisingly against the same opposition.

All that bust-up along with seeing their rivals Liverpool take a huge lead, which is very very difficult to climb, City boss has been disappointed.

There has been one more man, who has seen VAR’s tough side with probably eight to nine goals being disallowed. It’s none other than the Blades manager, Chris Wilder.

When asked about it, the frustrated manager said,” Yet again we had another goal disallowed by VAR, that’s about eight to nine over the weekend. This is not a situation helping the game and the small margins. But I will leave that for everyone else to talk about because I have said too much about it.” to the BBC Sport.

Wilder was clearly disappointed with City’s opening goal and confronted the referee as well. He told that the referee was honest about it but he did nothing against the rules. The referee’s colleagues should’ve helped him with some sensible decisions because he clearly hindered the goal situation.

“If he made the sensible decision then I don’t think anyone in the ground would have said anything about it,” he added.