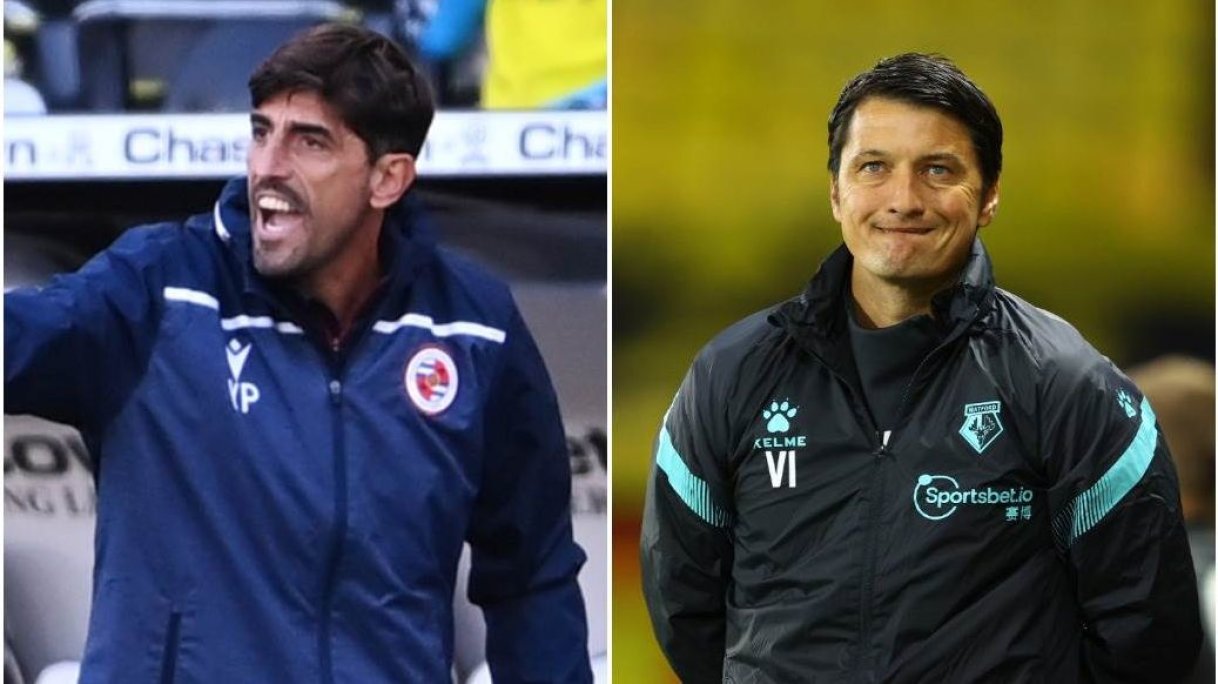 With Reading FC and Watford both appointing Serbian managers, Veljko Paunovic and Vladimir Ivic respectively, there has been a shift in the mindset of English club trying to think out-of-the-box.

Since the Serb left the English shores in 2018 not many English audiences would have hoped to see another Serb managing a Championship club in the near future until to the surprise of many, Watford and Reading FC have gambled by appointing two unheralded Serbians as the clubs' managers for the 2020-21 season.

Part of the rich Yugoslav football heritage, Serbs have always been very passionate about football but somehow that football knowledge has stayed within Serbian borders. Thanks to some unorthodox thinking of a few English clubs Serbian football minds are starting to get due recognition in pastures new.

Since the start of the new EFL championship season in September the two managers have done fairly well with their respective teams although it is too early to judge them comprehensively at least the start has been pretty impressive.

Voted the Sky Bet Manager of the month for September, Veljko Paunovic is slowly starting to win fans at the Madjeski Stadium with his robust managerial style that has seen unbeaten Reading FC continue to be the surprise league leaders in the ultra-competitive EFL Championship at the end of October.

When Paunovic's name was announced in August Reading fans were not overly excited and did not really know what to expect in the coming season. That outlook though has changed as the Berkshire club started the season in rampant fashion and as I write this article Royals have beaten Rotherham 3-0 to stay top of the table unbeaten.

It is heartening to see that lower-tier English sides are not afraid to appoint non-British managers at the helm of the Championship clubs.

In the words of Reading owner Dai Yongge at the time of the club's new manager's appointment, “With vast experience of top-flight football as both a player and a coach across Europe and in the United States, and with a proven pedigree of successfully working with young up-and-coming footballers on both the domestic and international scene, I am confident Veljko can help take this club forward.

This has been a process and this appointment has been made only after long, careful consideration. After meeting with him, we found Veljko to be an exceptional candidate who impressed us immediately. I am sure he is the right man for Reading Football Club. I’m delighted he has agreed to sign as our new manager.”

The Royals have been excellent so far in the season having garnered 19 points from a possible 21. The 43-year-old Paunovic has managed to instill confidence, determination, and self-belief into the side which is maturing with every passing week.

The team has developed a style of possession-based football with a lot of emphasis on an organized defense. The wins over Cardiff City and Derby County were particularly impressive that put a genuine marker for the rest of the Championship pack.

The unpredictability of the English Championship adds to the competitiveness of the league and certainly, the appointment of Veljko Paunovic has given an unpredictable dimension to the 2020-21 season. Consistency will be key to Reading's charge for promotion to the English Premier League and with so many difficult games to negotiate till May we will find out the true nature of the former Partizan Belgrade and Atletico Madrid player's managerial pedigree.

Veljko Paunovic comes from a footballing family with his father the late Blagoje Paunovic a former Yugoslavian international player. According to Serbian football journalist, Nebojsa Markovic Reading FC has got a multi-lingual highly talented manager who loves to put young players on the forefront of his managerial project.

The Madjeski Stadium will get to see a lot of young talents get a taste of competitive football under Paunovic even if it means temporarily sacrificing the club's march towards promotion as experience plays a part in the Championship.

Markovic was quoted as saying, "Veljko Paunović is part of Serbia's new generation of coaches. He is most famous for his amazing work with our U19-U20 national team. In 2014, he led that team to the U19 EURO semifinals, where we lost on penalties, but qualified for the 2015 U20 World Cup.

"Serbia won that World Cup in New Zealand, beating Brazil in the final and producing some amazing players in the process. Part of that team that developed under Paunović was Sergej Milinković-Savić (Lazio), Predrag Rajković (Reims), Miloš Veljković (Werder, former Tottenham), Marko Grujić (Liverpool), and others.

"Paunović is therefore well known for working with youngsters and he likes molding young players, working with them, giving them the confidence to perform.

"He is a calm guy who is very knowledgeable, but not only about football. He strikes you a little bit as a guy who reads a lot and is well educated.

"Therefore, you could say his man-management is pretty good. His style of play when he was working with Serbia's youth team was 4-2-3-1 and that was what worked best with the team," said Marković."

The great start to the season has given Paunovic and Reading the perfect platform to build on going into a busy period of play till Christmas and New Year and the main focus of the Serb will be to keep his key players like Lucas Joao and Ovie Ejaria fit for the rest of the season. Certainly, the manager's experience of the hectic nature of Major League Soccer will come in handy as the Championship season reaches its climax.

At Chicago Fire in the MLS Paunovic worked really hard but critics say he failed to give an identity to his team. For far too many times he was changing the systems and having garnered the hard lessons learned in the Stateside the Serb would be determined to use the experience in giving Reading FC a new hope and identity going into the business end of the 2020-21 season.

The 43-year-old former Serbia and Montenegro international was a surprise managerial choice as the Hornets prepared for life in the Championship immediately after getting relegated from the Premier League.

Lots of names came up but the owners at Vicarage Road selected a man who has spent most of his managerial career in Greece and Israel. Certainly not a background that would instill belief in the already shattered confidence of the suffering Watford fans.

Yet with seven games played Watford are sitting third in the league table on goal difference after a battling 1-1 home draws with fellow relegated side Bournemouth on Saturday.

With the only defeat coming against league leaders Reading, Watford fans can certainly feel optimistic that the Serbian manager has managed to bring a semblance of stability in a side that was desperately out of confidence and personnel immediately after its relegation to the Championship.

The former Maccabi Tel Aviv manager is known to be a hard taskmaster and utilizes the available resources to its full potential. The club from Hertfordshire has conceded very little in these first seven games and Ivic's strategy has been based on a strong defense and quick counter-attacking football.

There seems to be a lot of discipline in Watford's approach to the 2020-21 season and all the players are sticking to their respective roles which are producing some very good results.

With Ismaila Sarr and Joao Pedro pulling the strings upfront, the London club has built a good platform for a quick return to Premier League football although it is very early to judge the team as the Championship could be deceptively very hard for any side as the season progresses.

For the moment though the relatively young manager Vladimir Ivic has shown enough of his qualities to suggest that the Serbian has a fine football brain and organizational skills to give Watford FC a new direction and identity. The manager for his part has not made drastic changes since he was appointed in August.

What he did well was to persuade the existing experienced players like Sarr and Troy Deeney to stay and sold them his vision for the club which at the moment is holding on well ahead of a busy period of Championship football.

Many Reading and Watford fans will hope that this is no illusion with the good start the clubs have made under the guidance of their Serb managers. It is hoped that come the 2021-22 season these young managers would still be at the clubs guiding them through the elite waters of the English Premier League.