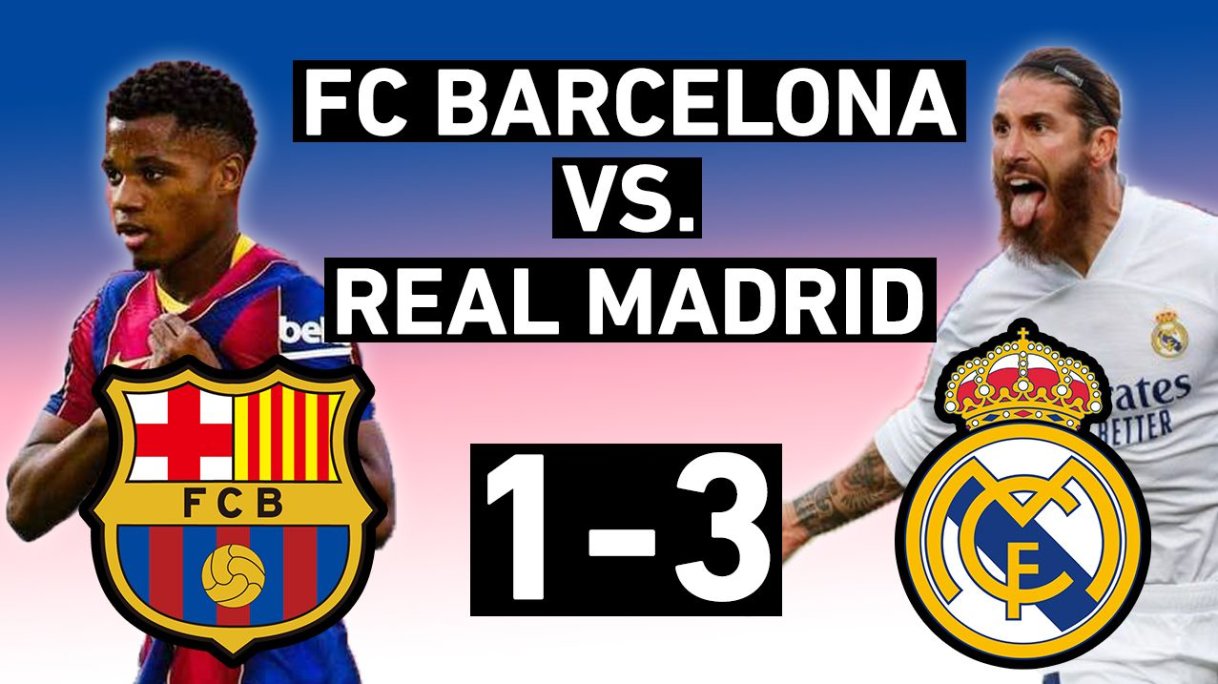 Real Madrid captain Sergio Ramos scored the winning goal in Real Madrid’s 3-1 win at Barcelona after a video review awarded him a penalty in the Spanish league on Saturday.

Barcelona and Real Madrid met for the first El-Clasico of the season. An evenly poised match till the first half, that saw a lot of drama unfold after the hour mark. The result of 3-1 may have been a bit unfair on Barcelona as they showed fighting spirit, but could not guide their spirit to the net.

Interestingly, the three-time Champions League-winning manager hasn't lost a single game at Camp Nou as a manager of Real Madrid.

Here are some of the observations from the match.

Saturday's Clasico saw a total of 14 chances created by both Barca and Real. Both teams made optimum utilization of the flanks and spaces left during counter-attacks. Young talent on the pitch with the likes of Vinicius Jr. and Ansu Fati made it a great day at the office by constantly pressurizing defenses with their presence.

An important aspect of the game was the off-the-ball movement. All the goals except the penalty from Sergio Ramos were the product of excellent off-the-ball movement by the scorer. This was an interesting aspect that has not been shown by both teams for a quiet few days now. Though the result may have been one-sided, surely this development will be welcome by both the managers.

Good Day for the Men in White

Zidane went with his strongest side possible, as there were more surprises in the Barcelona starting XI, with teenagers Ansu Fati and Pedri starting upfront with Lionel Messi instead of Antoine Griezmann and Ousmane Dembele.

It was indeed a great afternoon for Real Madrid in their arch-rival's den. 22-year-old Federico Valverde drew the first blood before the other youngsters took over. Marco Asensio after his long injury had a great outing in the Clasico. The senior members of the squad, Luka Modric and Sergio Ramos both got on the scoresheet. Karim Benzema and Toni Kroos also had a decent game.

There was a serious tactical mistake from the Barcelona boss. Ronald Koeman started the day on a high note as Barcelona responded in the perfect manner to Real Madrid’s first goal. But after the second-half penalty that Barcelona conceded, he looks out of sight.

When Barcelona should have looked to change gears and equalize the second goal, they were caught in tunnel-vision, as the player did not know whether they were to attack or defend so that they concede another.

When finally Koeman figured out the needed attacking chances he needs to make, it was already too late. The starters were already tired, and the newcomers simply could get into the match, in that just 9 minutes.

Also, the change was short-sighted, as it included just the introduction of attacking players and no one to really anchor the play and bring the ball out of defense. The hasty change yielded nothing but as feared opened space for Real Madrid to make it a better day for them in Camp Nou.

This was the first managerial test for the new manager, Ronald Koeman in Barcelona. Though it may be too early in the season to jump to a conclusion, if this trend is to continue, the La Liga title could be well beyond the reach for the Blaugaranas this season.