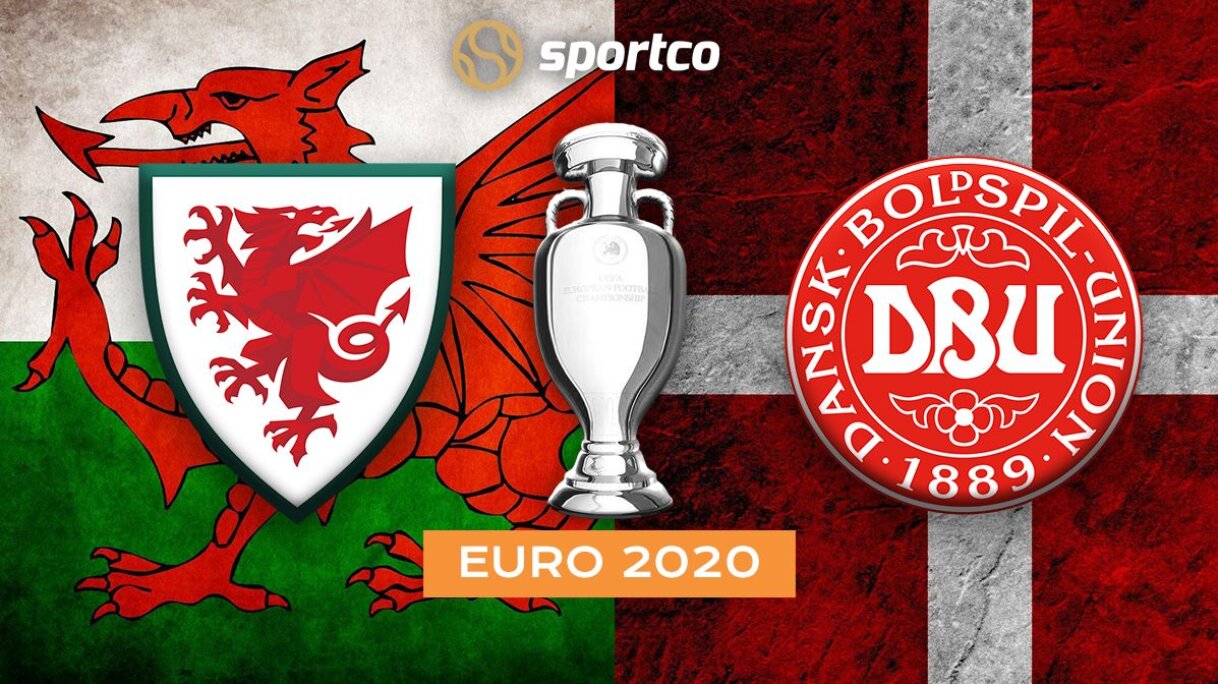 As we conclude Group Stage Matches at Euro 2020, we are in for an exciting Round of 16 Match-ups. The starting match at the Round of 16 sees Wales go head-to-head against a much-spirited Denmark side.

Wales have W1 D1 L1 in the Group stages where their lone win came against the competition's dark horses, Turkey. Denmark has W1 D0 L2 en route to the Round of 16 where they had a dominant 1-4 win over Russia.

Denmark had a great escape on the final matchday when they won 4-1 at home where they came back from the bottom of the table to 2nd position and got themselves qualified for the Round of 16.

✦ All ten of the teams' previous fixtures have produced a winner, Denmark recording six victories and Wales four.

✦ The Welsh have lost all five of their previous games in the Netherlands, all against the home side, conceding 16 goals.

✦ Denmark are one of five teams to have reached UEFA EURO 2020 unbeaten along with Belgium, Italy, Spain, and Ukraine.

In the last 5 head to head meetings, Denmark have come on top thrice against Wales.

Both the squads had similar campaigns in the Euro. Qualified to the Round of 16 via Goal Difference. Wales has been a more experienced squad when it comes to the international knockout stages. The presence of Gareth Bale and Aaron Ramsey will be a boost for the Wales squad.

Denmark had a rough start to the campaign where they lost Christian Eriksen due to heart complications. However, they have shown great spirit in their performances in the group matches. Hence, Sportco slightly bends towards Denmark to edge Wales in the Round of 16 game in Amsterdam.