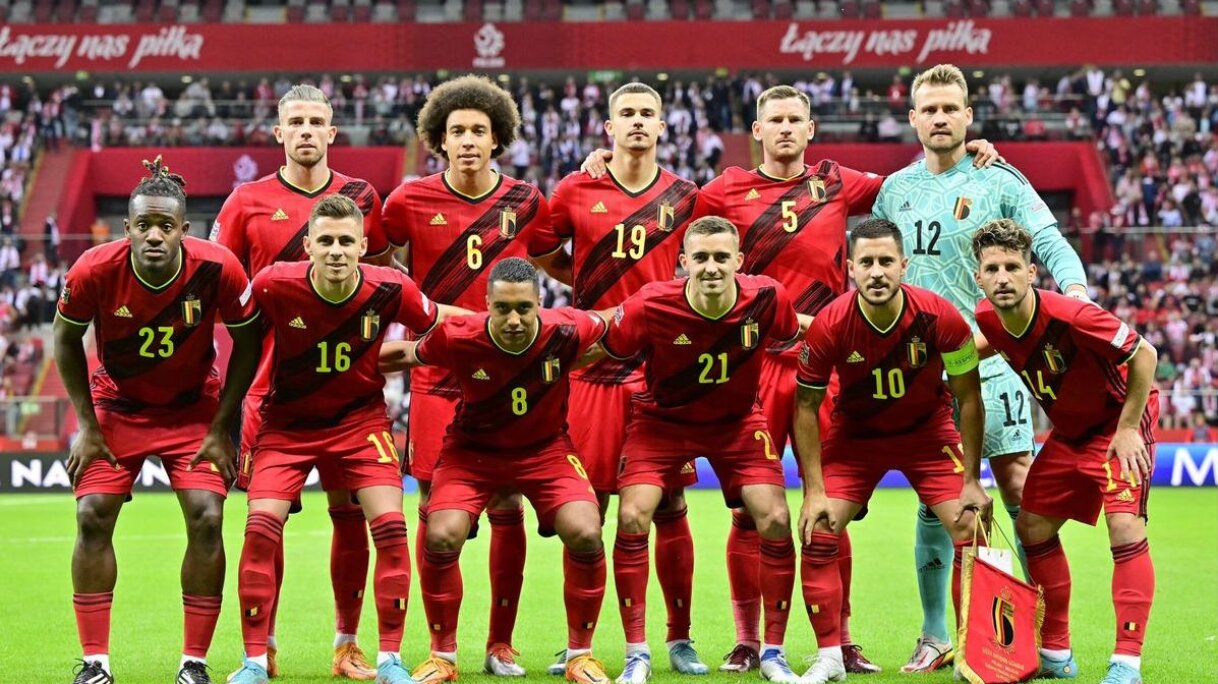 What happened to these five players who were expected to win World Cups and Euros? In 2018, they even came close with Roberto Mancini leading the pack, finishing third.

In the World Cup 2022, the Belgians were really hopeful of making it to the quarterfinals or even the semifinals. They were in Group F along with Morocco,  Canada, and Croatia.

After their win over Canada (1-0), their humbling loss against Morocco (2-0), and a stalemate against Croatia (0-0), where Lukaku missed a glorious chance to score for Belgium,

Thibaut Courtois criticized the national team after their absence from the ongoing World Cup.

According to Thibaut, it is difficult to call oneself a member of the "golden generation," but they are a talented generation throughout Europe. A lively Moroccan team outplayed Belgium and its supposed "golden generation" to send them out of the tournament. The 2018 World Cup semifinalists were gobsmacked after substitute Abdelhamid Sabiri curled a whipping free kick toward Courtois, who stood on his line and saw the ball going into the back of the net.

As Belgium sought an equalizer in the dying stages of the game, Morocco's playmaker Hakim Ziyech made a key pass to Zakaria Aboukhlal, who rifled the ball to the top of the net, completing the damage.

Their last match against Croatia was a must-win match. Croatia (1-2-0) advanced to the knockout stage, and Belgium (1-1-1) was shockingly eliminated from the field.

Croatia dominated right from the start, taking a shot within seconds of the match. Romelu Lukaku came close four times to converting the big chances, but his feeble attempts sealed the fate of Belgium.

There were rumors of fights and rifts among teammates in the Belgium National Team camp throughout the World Cup, and it received more attention than their performance on the field.De Bruyne’s comments on the national team were the icing on the cake, as he said that Belgium has no chance of winning the World Cup. A statement from their captain was enough to deflate their already low morale.

As De Bruyne, he said,

"No chance; we’re too old." I think our chance was in 2018. We have a good team, but it is aging. We lost some key players. We have some good new players coming, but they are not at the level other players were in 2018. "I see us more as outsiders,"

Two former USMNT players, Jimmy Conrad and Sacha Kljestan broke down what went wrong for Belgium after a whirlwind match.

Kljestan: He further added that Martinez didn’t get the most out of the group by making some decisions that he didn't agree with. Belgium went all out in the last 15-20 minutes, labeling them "Belgium of old." Martinez will review his decision to not play Jeremy Doku or Zeno Debast in the back. There's a lot of young talent coming through, like Charles De Ketelaere. Amadou Onana was the tournament's most promising young player.

Unfortunately, he received two yellow cards and was suspended. Lukaku was also out of shape. The time for Martinez and older players has come, and it is time for a new manager and new talents to come through.

Can the team overcome this friction? Can they gel together and come back stronger in the upcoming global tournaments? We hope they can as they are not just any team but the No.2 ranked team in the world.