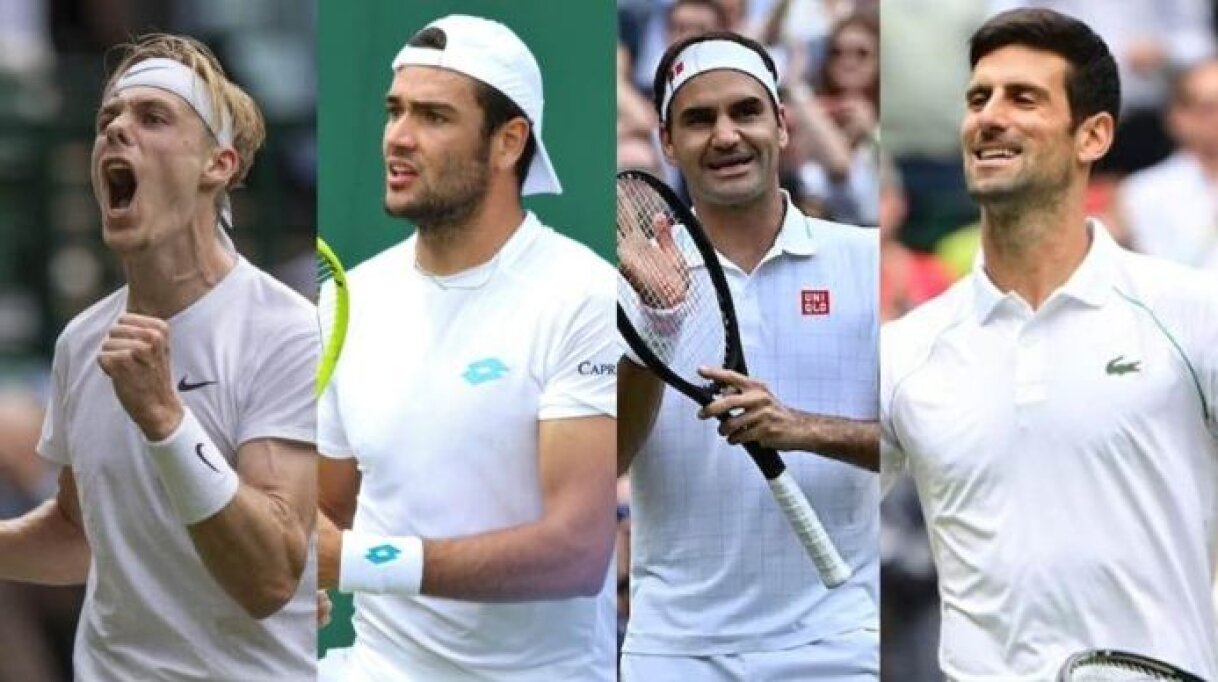 A marvelous line-up of matches awaits tennis fans at the quarterfinals of the Wimbledon 2021. Interestingly, there were 4 five-set thrillers and 4 straight-set victories in the 4th round.

However, there were some tough 5-set losses for the Next-Gen quartet of Daniil Medvedev, Alexander Zverev, Andrey Rublev, and Sebastian Korda.

SportCo has come out with Power Rankings for all the 8 quarterfinalists. These numbers can make the big difference between an outright victory and a narrow loss.

Nole is playing his landmark 50th grand slam quarterfinal. Fucsovics is the first Hungarian man in 73 years to reach the Wimbledon quarterfinals. The late József Asbóth achieved the feat in 1948.

Interestingly, Berrettini and Felix were doubles partners from August to October 2019. Felix is playing his maiden grand slam quarterfinal.

They have also played doubles against each other in 2019 and are squared 1-1 in the win-loss record.

Both Shapovalov and Khachanov are featuring in their first-ever Wimbledon quarterfinal. The Canadian has played 1 match less than the Russian after getting a walkover against Pablo Andujar in the second round.

Will the big 2, Djokovic and Federer have the last laugh in the quarterfinals or will the Next-Gen shine under pressure? Do share your comments below.