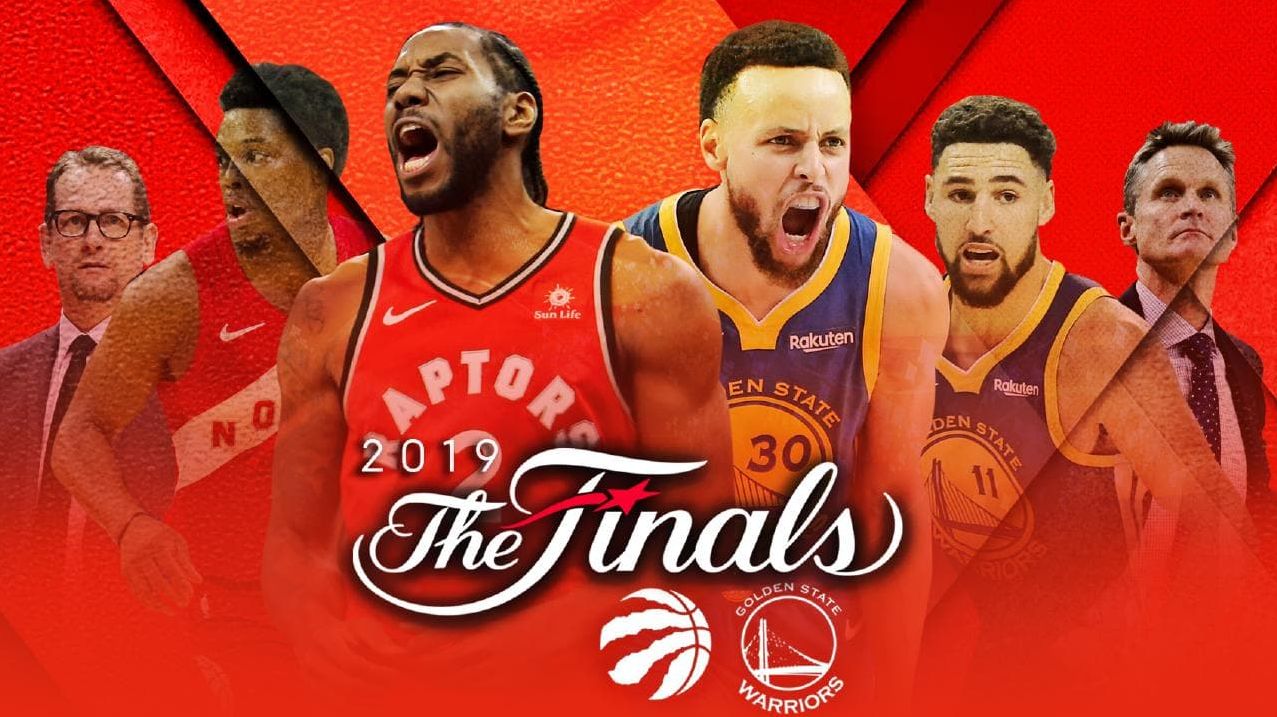 The Golden State Warriors and Toronto Raptors will battle it out in the 2019 NBA Finals. The two-time defending champion Warriors are in their fifth consecutive Finals appearance, while the Raptors are at the season's final stage for the first time in the 24-year history of their franchise.

The experience of being there before, plus the wealth of talent they have, the comparative ease with which they won the Western Conference Finals and the extended rest that came with that, all count in the Warriors' favour, and they enter the series as the prohibitive favourites at the bookies accordingly.

Yet in their four consecutive wins over the regular season-best Milwaukee Bucks in the Eastern Conference Finals, Toronto played some imperious half-court defense that the Bucks could find no answer for.

Defense, as they say, wins championships, and the defending of specific match-ups is the key to any series. The Raptors proved this by identifying and nullifying the battles in the Bucks' series that gave them the small advantages they needed to win.

Both teams will know that strategic decisions in how to guard specific opponents and their implementation will be the key to winning the series and thus the NBA title.

By any measure, be it in the playoffs alone or the season overall, Golden State have not been the juggernaut defensively this season that they have been during the rest of their five-year run.

They are still good, certainly. But they are not as driven, as deep or as co-ordinated as they have been in years past, and have had to win their playoff series thus far through heavy scoring.

Luckily, their starting backcourt duo of Stephen Curry and Klay Thompson have not lost the ability to do that.

After a slowish start to the playoffs, Curry is pouring in the production on a par with any other post-season run of his career, while Thompson has been there with him, contributing 19.1 points per game on his own.

Toronto were able to overcome Milwaukee with a halfcourt defense so disciplined and sharp in its rotations and help that the Bucks were never able to readily create open looks for their offensive weapons.

So good are the Raptors' starting forwards Kawhi Leonard and Pascal Siakam that they are now in need of a catchy Splash Brothers-like nickname of their own.

Leonard is literally unstoppable offensively, combining a series of clear-outs for mid-range jumpers with big play after big play, as well as being the defensive secret that stymied Giannis.

Leonard has been truly magnificent in these playoffs, the best player in them, and while the pairing of Thompson and Iguodala are theoretically good man-to-man defensive options for checking him, any other Warrior switching onto him is immediately in peril.

As good as they are, both these teams at this point in the season are shallow.

The Raptors gutted their depth in their trades for both Leonard and Marc Gasol, and while this was entirely worth it, it has left them running short rotations. The Warriors are also struggling to find consistent bench contributions, particularly offensively.

Their reputation through this run of being spectacularly dynamic offensively and capable of game-changing bursts of scoring without a moment's notice is entirely founded, yet this does not mean they have a lot of reliable scoring options down the roster. Indeed, they have few.

The return of DeMarcus Cousins, should it come, will help in this department. Cousins is hard to integrate defensively, and the floor-stretching role a reinvigorated Gasol played in the latter stages of the Bucks series would be a problem for him to guard.

Yet Cousins would be a problem for the Raptors in return, especially if he can get their aforementioned shallow frontcourt into foul trouble.

The real injury return of note, though, will be that of Kevin Durant. Said return will not happen in Game 1, but when it does, the Warriors get arguably the game's most talented player back. In theory, Kawhi Leonard will be the perfect one on one matchup for him, just as he was with Giannis previously.

But in practice, the Warriors' duo of he and Curry might be too much for even this Raptors defense to contain.

Game 1 of the NBA Finals takes place in Toronto in the early hours of Friday morning (2am) live on Sky Sports Arena.