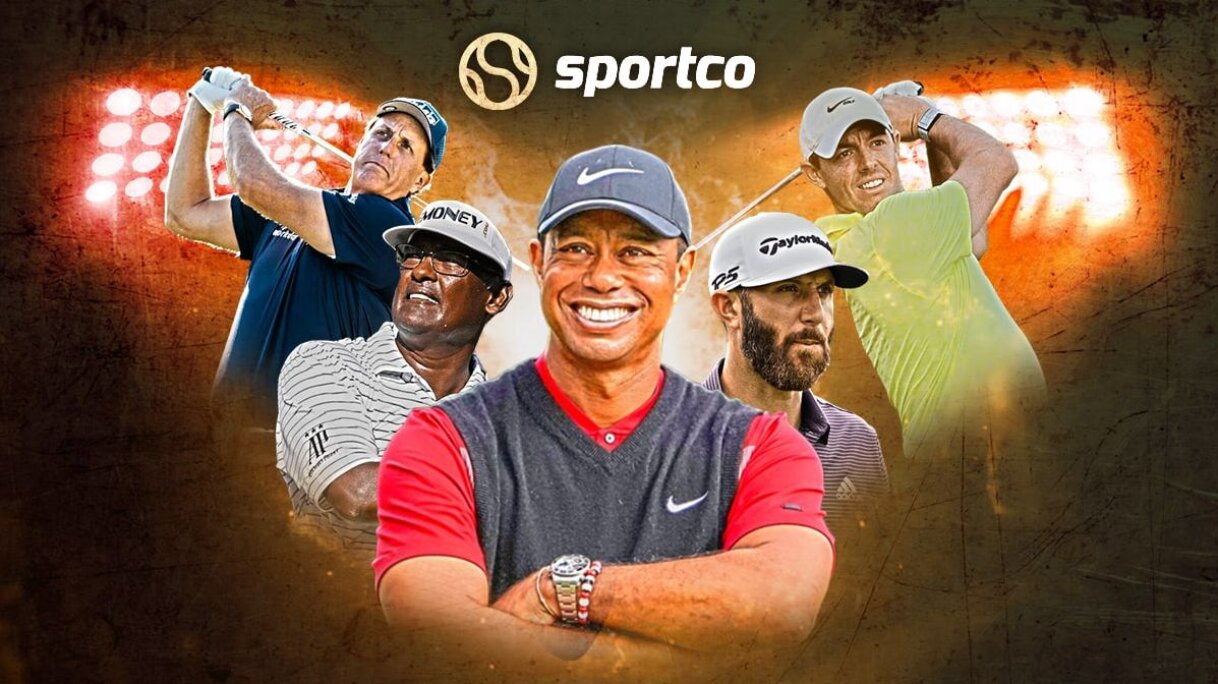 Golf is one of the few sports where you’ll find prominent players playing well into their 40s and sometimes even in their 50s.

Generally, as athletes age, their performance on the field degrades with each year. However, golf is often considered an exception to this unwritten rule.

Some would argue that golfers age like fine wine and only get better with age. In contrast, others opine that golfers also experience the negative impact of ageing.

We, at Golf Reporter, wanted to clear this ambiguity once and for all and determine if age actually matters in a golfer’s playing ability.

If age does make a difference, we wanted to pinpoint the exact parameters that it affects. For this purpose, we conducted a detailed study of the greatest ever golfers whose data was available readily.

Our goal was to identify whether age makes a difference in legendary golfers’ performance. For this purpose, we gathered and analyzed data from the official PGA website.

We collected various metrics related to a player’s attributes that give us an idea of their playing ability in multiple golf course areas.

This methodology gave us a holistic view of their performance over the years while also allowing us to simultaneously single out and track a particular metric.

Mechanics Of The Study

We have used some complicated terminologies in this study that are exclusive to golf. Someone who is not familiar with golf might get confused with these terms. Here is a brief explanation of each of the parameters we have used.

Drives that land on a fairway are considered an ideal or accurate drive. Hence, the Driving Accuracy Percentage (DAP) measures the driving accuracy by calculating the ratio of drives that land on the fairway to the total number of drives.

Greens In Regulation (GIR) is when any part of the ball touches the green during your GIR shot. A GIR stroke is calculated by subtracting 2 from par. For example, the GIR stroke of a par-4 hole is your 2nd stroke (4-2=2).

Greens In Regulation Percentage is the percentage of times a player is able to hit a green in regulation, i.e., greens in regulation/ total holes played * 100.

Number Of Eagles & Eagles (Holes Per)

Eagle is a term used to denote a score of 2 under par on any given hole. For example, if you complete a par-5 hole in 3 strokes, you score an eagle. We have used the total number of eagles these golfers have scored in a particular season.

Eagles (Holes Per) is simply the number of holes a player takes to score an eagle. A lower number is more desirable.

Scoring average is simply the average score of a player over a particular tournament or a season. This number should be as low as possible.

Strokes gained is a complex mathematical model to compare golfers against a set benchmark. It has 6 smaller components, each covering a specific area of the golfers, from the tee box to the green.

Strokes gained uses the massive amount of data collected by ShotLink to determine a benchmark for different areas on a golf course. For instance, if you take 3 strokes to complete a certain hole from a distance of 200 yards.

However, consider the benchmark (or average) amount of strokes for that distance, and the hole is 4 strokes. This means you took 1 less stroke than average and gained that stroke. On the other hand, if you scored that hole in 5 strokes, you would’ve lost one stroke.

Our analysis team has collated the data into tables for your better understanding. The first table shows the actual data from the PGA website. The second table covers the averages of all the parameters in different periods of their life, i.e., their 20s, 30s, 40s, etc.

After analyzing the parameters carefully, we discovered the following findings:

Interestingly, the driving distance average has either increased or stayed nearly the same for all the golfers in our study. So it is clear that age does not play a significant role in driving distance.

Driving Accuracy Percentage (DAP) is the most noticeable metric that is affected by age. Nearly all the golfers in our study saw a steady decrease in their average driving distance as they moved into their 30s, 40s, and 50s.

Tiger Woods’ DAP fell in his 30s but increased by a minuscule amount in his 40s. Dustin Johnson is the only exception to this as his average DAP increased to 57.35% in his 30s from 56% in his 20s.

Greens in Regulation (GIR) Percentage Is All Over The Place

Tiger Woods and Phil Mickelson saw a linear decrease in their Greens in Regulation (GIR) Percentage. While Vijay Singh saw a slight increase in his 40s but fell dramatically in his 50s by nearly 4 percentage points. Dustin Johnson’s GIR increased in his 30s while Rory Mcllroy’s fell.

Eagles (Holes Per) metric tells us the average number of holes a player hits an eagle. A low number is a good indication; however, this metric has increased for every golfer in the study as they age. This means, as players age, they take a higher number of holes to hit the same amount of eagles.

Phil Mickelson is an exception as his Eagles (Holes Per) metric fell in his 30s, indicating he hit more eagles during that time. However, he also witnessed a similar consistent fall in his 40s and 50s.

Legends Struggle To Hit Eagles As They Age

Tiger Woods saw a sharp decline in his average number of eagles per season in his 30s and 40s. Meanwhile, Vijay Singh maintained the same average as he transitioned into his 40s but fell drastically during his 50s.

At the same time, Phil Mickelson’s average eagles per season rose sharply in his 30s from 6.75 to 11.78 but followed a similar, falling trend afterwards, culminating to 4.5 in his 50s.

Both Rory Mcllroy and Dustin Johnson seem to follow the footsteps of Phil Mickelson as their average eagles per season have increased during their 30s.

Tiger Woods saw a steady decline in his birdie average with 4.36 in his 20s, 4.06 in his 30s, and 3.72 in his 40s. Both Rory Mcllroy and Dustin Johnson witnessed an increase in their birdie averages in their 30s.

Legends Score Highest In Their 30s

In terms of scoring average, their 30s appear to be the most productive years for legendary golfers. All of the golfers in the study except Tiger Woods and Vijay Singh had their best scoring during their 30s.

Strokes Gained data also paints a similar picture about these legendary golfers. As mentioned above, the 30s seem to be the best years for golfing and strokes gained; data confirms this for Dustin Johnson and Tiger Woods. However, for Tiger Woods, it was his 20s and 40s for Vijay Singh.

However, it should be noted that Strokes Gained methodology is relatively recent as it was introduced in 2004. Hence, the data was only partially available for Phil Mickelson, Vijay Singh, and Tiger Woods.

Ishan Vashishth is an experienced content writer and a golf enthusiast with a demonstrated history in working with golf-related content. He successfully leveraged his passion of playing golf in reporting and writing about the sport. He joined the Golf Reporter team in 2020.

Katie Fitzgerald is the managing editor at Golf Reporter. She found her passion in sports writing over 10 years back and has been playing golf since she was 10 years old.