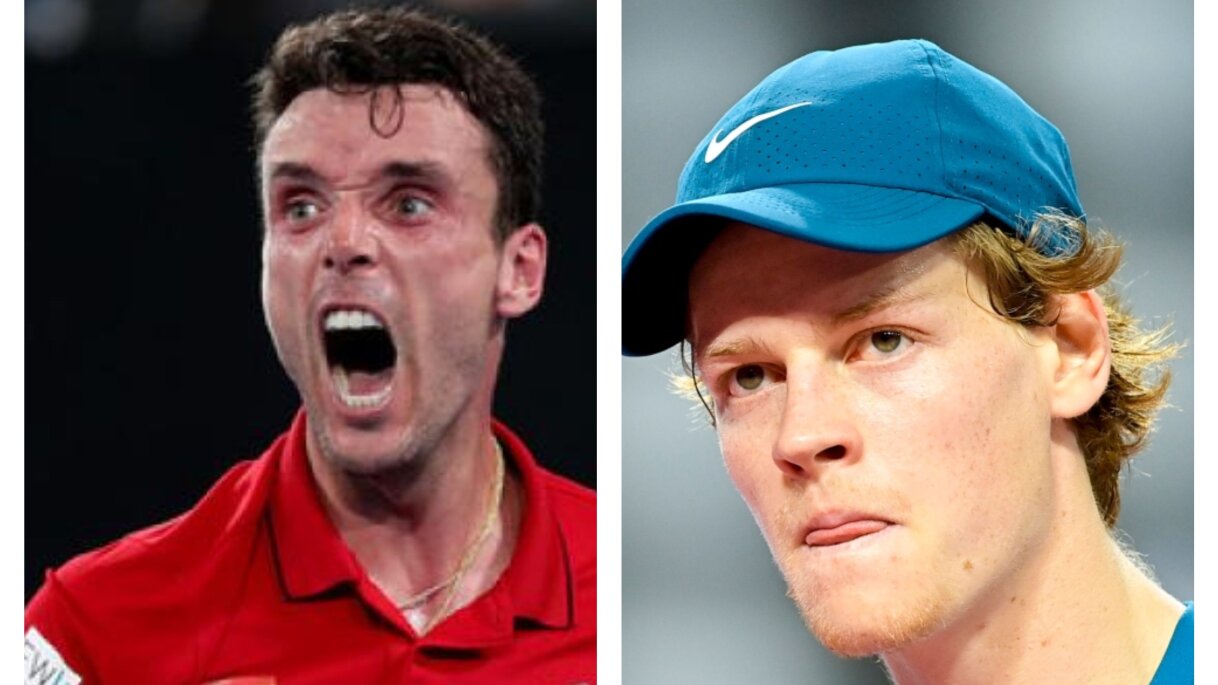 It is a captivating clash of familiar foes as the fifth seed Roberto Bautista Agut faces the 11th seeded Jannik Sinner in the pre-quarterfinals of the ATP-500 Barcelona Open.

Agut did not put a foot wrong in a convincing 6-4 6-0 win against compatriot Pablo Andujar in the round of 32. The Spaniard clinched 64% and 63% of points on his first and second serve respectively.

On the other hand, Sinner too had an easy victory outplaying Egor Gerasimov 6-3 6-2 in the second round. The Italian smashed 5 aces, claimed 81% of his first-serve points, pounded 21 winners, and also saved 4 out of 6 breakpoints.

Sinner leads the head to head record 2-0 against Agut. He beat the Spaniard back-to-back in three-setters each at the pre-quarterfinals of the Dubai Duty-Free Tennis Championships and the semifinals of the Miami Open.

"He is an unbelievable player, very consistent, he has lost in Dubai against me, he lost in Miami against me, now we play once more here, so it is quite a small period of time, we are playing now our third match already, it is going to be a very tough match, he is very solid, I never played against him on clay, I am trying to be ready in the best possible way," opined Sinner eager to battle it out against Agut on the red dirt.

Agut lost to eventual runner-up Andrey Rublev in three sets in the pre-quarterfinals of the Monte Carlo Open last week. The Spaniard managed to take only 49% of points on his second serve.

Sinner was defeated by the World number 1 Novak Djokovic 6-4 6-2 in the second round. The Italian could win only 49% of points on his off-colour first-serve. Sinner will be oozing with confidence having cracked the top 20 of the rankings for the first time in his career.

“Things are happening quite fast at the moment, I have a very good team behind me, and each member knows what they have to do, so that gives me confidence, I try to improve every day, which is my main goal, and the results will come, being a champion is a long road, I have made a good start and playing at the highest level, but I don’t think about being a champion at the moment, there is a lot of work to do," said a modest Sinner reflecting his meteoric rise up the charts.

Making his debut in the Barcelona Open, Sinner will target a deep run in the tournament. He has been very solid in his defense on the backhand side and uses his powerful forehand aided by a loose swing to grab a lot of points. The Italian teen can also play clever drop shots to unsettle his opponents.

Agut is one of the best counter-punchers on the tour. The Spaniard is consistent from the baseline and his groundstrokes are supported by a deep forehand along with a two-handed backhand. He needs to improve his record in three-setters having lost a couple of matches despite coming so close to victory.

Sinner will have a psychological edge against Agut having beaten the Spaniard two times in a row. Their style of play is almost identical with both being right-handers with two-handed backhands.

With two encounters on outdoor hard courts this year, Agut will aim to trouble Sinner on the red dirt in home conditions.

Agut has never found clay to his liking when compared to his exploits on grass and hard courts. Jannik Sinner's game is highly suitable to the red dirt having reached the French Open quarterfinals last year.

Another classic three-setter is expected and the nail-biting finish could decide the winner between the vastly experienced Agut and the prodigy Sinner.