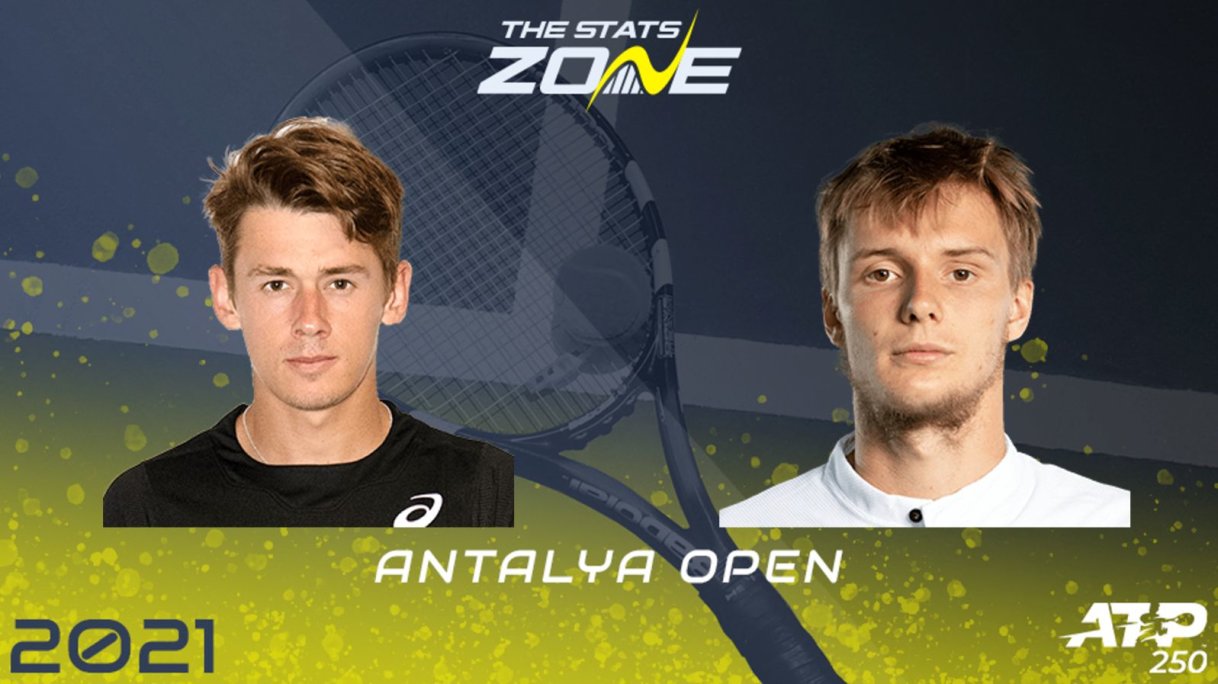 Fourth seed Alex de Minaur sets up an exciting final against the eighth seed, Alexander Bublik in the Antalya Open.

Alex de Minaur overcame second seed David Goffin in 3 sets in the semifinals. The Australian had a healthy 85% winning percentage on his first serve and also converted 4 out of 5 breakpoints.

On the other hand, Bublik outlasted Frenchman, Jeremy Chardy in 3 sets in his semifinal. Despite committing 10 double faults, the Kazakh hit 14 aces and won 79% of points on his first serve to reach the final.

This is the first clash between both the players on the ATP Tour. Alex de Minaur has a great record on outdoor hardcourts having won his three ATP titles out of 8 finals so far on the surface. He has dropped only 1 set in this tournament against Goffin in the semis.

Alexander Bublik has relied on his explosive and unpredictable style of tennis to do the job. His strong first serve and potent backhand can put any opponent under pressure when he is going in full flow.

The Kazakh will go for his first-ever ATP title in his 3rd final after finishing as runner-up in the 2019 Newport Open and the Chengdu Open.

Alex de Minaur has brilliant court coverage, is sharp in anticipating the movement of the ball, and possesses rock-solid defense. He is in perfect form ahead of the Australian Open scheduled next month. He was forced to miss the first grand slam last year due to an abdominal tear.

"I got injured in the middle of the match and considered pulling out, then I then served unbelievably, the best since Chengdu 2019, I served almost every serve full power and I was lucky to win the match," said Bublik quite elated after his hard-fought win against Chardy.

This match is a close battle between two raw and young players with little to separate them in terms of skill.

Alex de Minaur will be the slight favorite going into this clash while Bublik is strongly capable of pulling off a surprise.