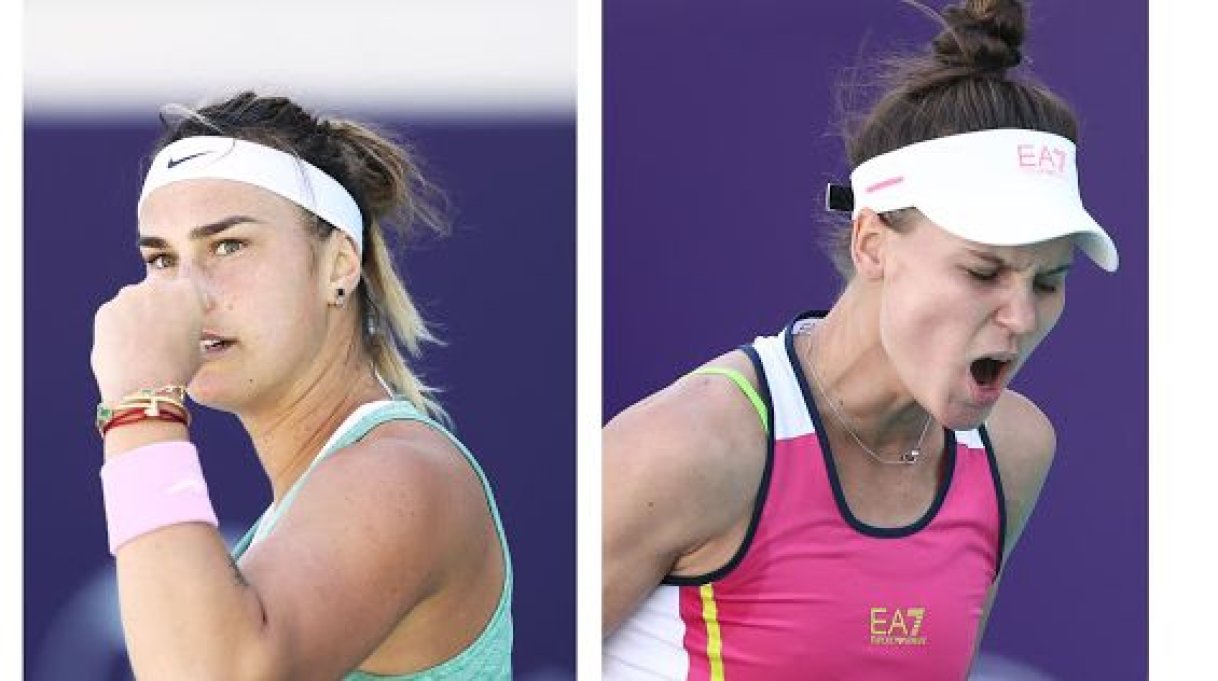 Sabalenka outplayed the ninth seed, Maria Sakkari 6-3 6-2 in the semifinals. She clocked 8 aces, smashed 22 winners, and won 83% of her first-serve points.

Kudermetova edged past the Ukrainian, Marta Kostyuk 7-6 6-4 in her semifinal. Despite having a below-par first serve of only 45%, the Russian hit 6 aces and converted 5 of 9 breakpoints.

Sabalenka leads the head to head record 1-0 against Kudermetova. She defeated her in straight sets in the 2015 Antalya Open. The World number 10, Sabalenka has also played the Russian twice in doubles winning both the clashes.

The Belarusian is playing her 3rd final in a row and is on a 14-match winning streak.

Sabalenka dropped only 1 set this week to 6th seed, Elena Rybakina in the quarterfinals.

On the other hand, Kudermetova is playing her first-ever WTA final and will look to get hands-on her maiden career title. She lost 4 times in semifinals but turned the time this time.

Both players have some uncanny similarities as they possess flat and powerful groundstrokes. Though Sabalenka does not hit the ball cleanly, she commits very less unforced errors when she is going in full flow.

Kudermetova has served a whopping 33 aces in the tournament helping her to get a lot of free points and swing the momentum to her side.

Sabalenka is playing her 13th WTA final in her career and is targetting a 9th title. She has used her effective serve and return game and applied the one-two punch formula to reap the dividends and has not given her opponents any chances so far.

“From my side, I do not have expectations from tomorrow because Aryna is a top-10 player, she plays unbelievably, she is playing really well here", said Kudermetova who has a 5-3 win-loss record against top 10 ranked players in her career.

“I think I am putting my focus on the right space, I am just focusing on the right things and this helps me to, first of all, not think about all these wins and secondly to keep winning," said Sabalenka after her victory against Sakkari as he aims to continue her unbeaten streak.

Kudermetova is inexperienced at this level and will look to play calm and relaxed tennis and try to force an upset.