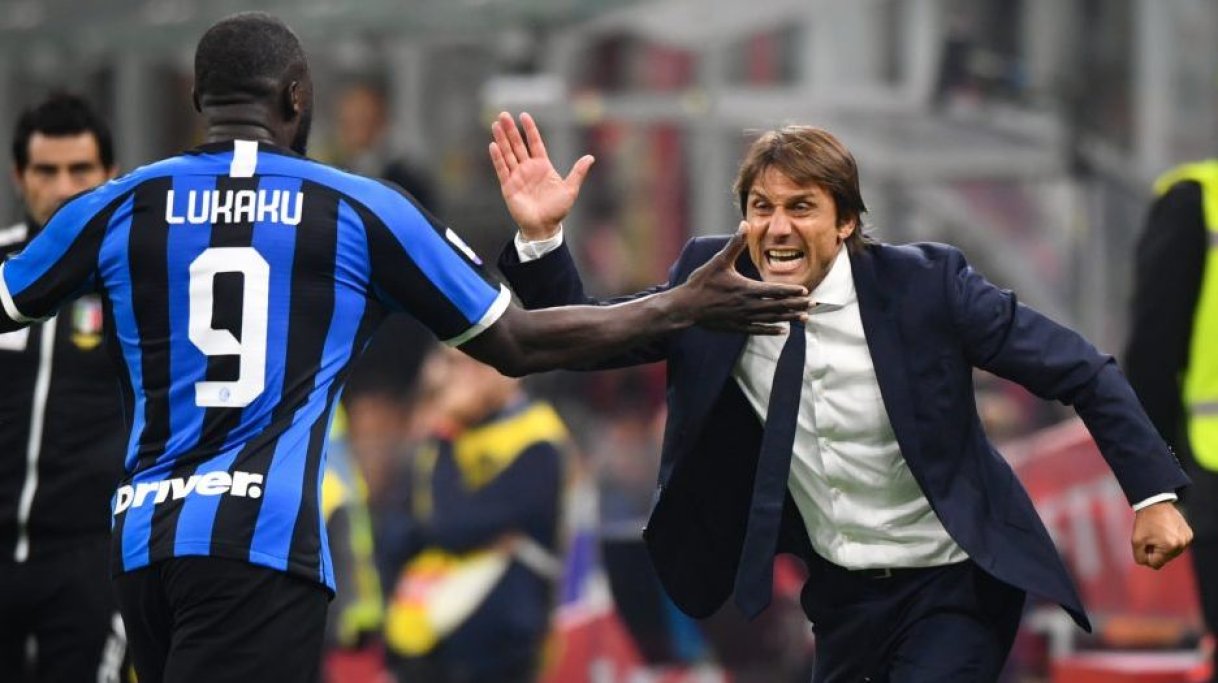 Yesterday, Internazionale registered an impressive 3-1 win away from home against Napoli, to sit on top of the Serie A standings. Inter's record signing Romelu Lukaku was the star of the day, as he scored a brace. Napoli tried to forge a comeback with an Arkadiusz Milik goal, but Lautaro Martinez scored to extinguish any hopes of a comeback.

Inter manager Antonio Conte pointed out that critics were calling Lukaku brain dead. "I heard people say Lukaku was a donkey. I heard all sorts, not even that long ago! It's easy to speak highly of Lukaku now, but if we look back to a few weeks ago," Conte said as quoted by Daily Mail

The Italian manager compared Lukaku to a black diamond who needs a bit of polishing. He recalled his time at Chelsea and Juventus when he wanted Lukaku so that he could help the Belgian in raising his game.

"I always said Romelu was a rough diamond that needed work to smooth him out. Lautaro Martinez is the same. These lads are 26 and 22 years old, they are still young. I wanted Romelu very strongly when I was at Chelsea, even back at Juventus. I wanted him, now I can get to work on polishing the diamond," Conte further added

Conte refused to accept Fabio Capello's assessment that his team was playing on the counter. He pointed out that his team regularly pressed Napoli, and Inter knew what to do with the ball.

"I don't think Inter defended and went on the counter, as we tried to press Napoli right on the edge of their area for the whole game. I hear people always saying we play counter-attacking football, but this is a side that knows what it has to do every time it is in possession." Inter Milan's manager defended his team

The former Juventus manager claimed that Inter's opponents pay his team more respect than the media.

"Fortunately, our opponents respect us more than the media seem to. People say we win away because we defend deep and go on the counter, but that is certainly not our approach," Conte further added.