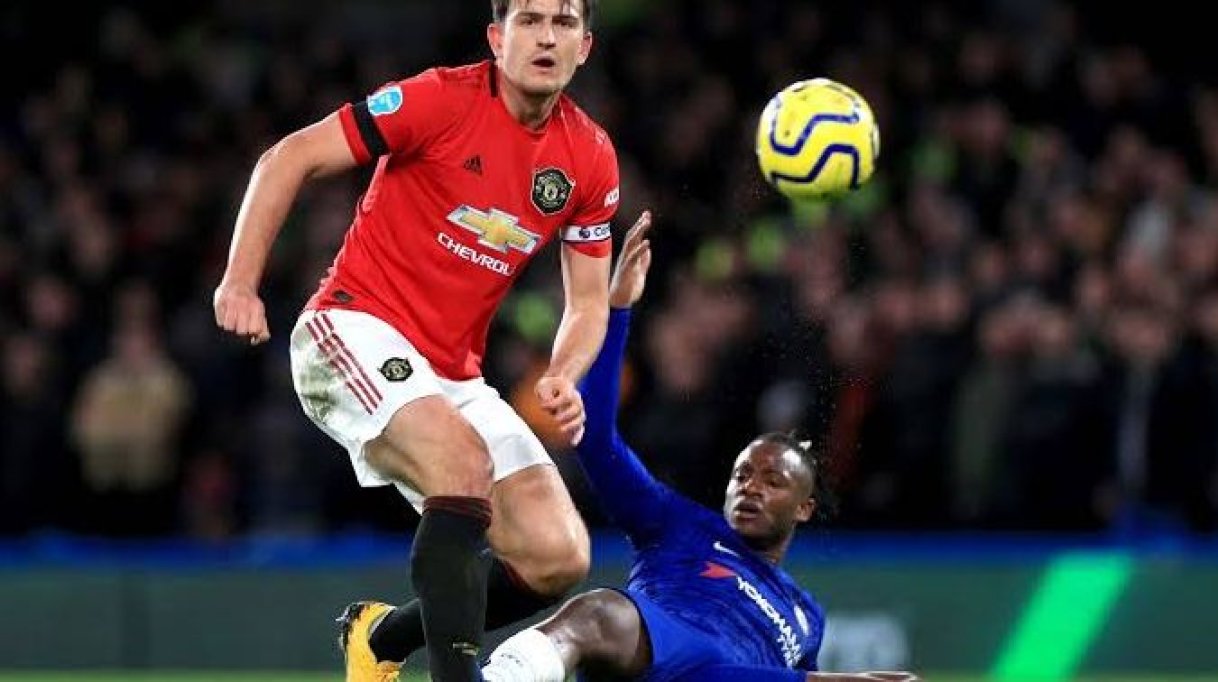 After all the footballing beauty matchday 25 brought, matchday 26 promised same. What's more interesting, it comes with a welcome topping of a first-of-its-kind mid season break for the players and managers, not so much for fans though.

After the busy Christmas and New Year period when matches were coming in thick and fast in the league and cup competitions, the EPL had her maiden winter season break during matchday 26.

This provided the players and managers time to rest and recuperate however they seem fit during the two-weeks break.

Unlike as is done in other leagues, the EPL's mid season break doesn't in reality mean a total absence of football. It is structured in such a way that one matchday is split over two weekends, with four matches scheduled for one weekend and the remaining six for the other.

This method ensures that fans don't get to have a weekend where they miss their loved football and each team still gets their well sought-after break; each time basically having a fortnight off.

Matchday 26 resultingly was scheduled to run from Saturday, 8th February to Monday, 17th February (the first set of matches to end on Sunday 9th and the second set to start on Friday, 14th). All teams resuming on the weekend of February 22nd - 23rd. Essentially giving each team a weekend off.

However, because of the unplayable weather conditions caused by Storm Ciara, Manchester City's evening match against West Ham at the Etihad stadium on Sunday, 9th was postponed to Wednesday, 19th.

Matchday 26 wasn't devoid of expected excitement, great football and the everyday Video Assistant Referee (VAR) controversy, as each team continued the fight for their position on the league table.

The matchday's bus rolled into London for its first match. Crystal Palace took the short trip across town to face London neighbours, Everton at Goodison Park.

Two of the Premier league's most experienced managers took their sides which were in very contrasting form coming into the match. The Eagles were without a win in 6 EPL matches and they suffered a third straight league defeat at the hands of a recently freescoring Everton side.

Although the Toffees led at half time, they were pegged back shortly after the break through a Jordan Pickford fumble. Everton regained the lead shortly after and with few minutes left to play, put the game to bed late on, Calvert-Lewin tapping in his 8th goal in 11 matches.

Carlo Ancelloti's team continued a run of form which has now seen them fall to only 1 defeat in 11 EPL matches and up to 9th in the league. Roy Hodgson's men remain 14th on the league table.

Brighton hosted Watford for Saturday's late evening kickoff. The Hornets headed to Falmer Stadium on the back of 3 straight defeats in all competitions and looking for a win to lift them above relegation waters.

The Seagulls had themselves not won in 5 league games and were looking to boost their own chances of staying up. Brighton were fairly poor in the first half and Watford rightly entered the break in the lead.

Brighton improved after the restart and created chances of their own which were repelled by the Hornets defence and keeper. They eventually got a deserved and much needed equaliser later on as Adrian Mariappa deflected in Alireza Jahanbakhsh's cross.

The Seagulls continued pushing for a winner but Graham Potter's men had to settle for a point. Nigel Pearson would be wanting more from his team after this recent dip in form. This result leaves Watford in the bottom three and Brighton in 15th.

Sheffield United 2-1 AFC Bournemouth (Billy Sharp 45 +2', John Lundstram 84'; Callum Wilson 13')
Sunday's eventual only game and the end of the matchday's first set saw AFC Bournemouth travel to South Yorkshire to battle Sheffield United. With only 1 win in their last 4 matches at Bramall Lane, the Blades were looking to improve their home form as they had fared better when playing away than at home.

AFC Bournemouth had just seemed to pause their downward roll towards the drop and were looking to add to their 2 wins on the bounce. Eddie Howe's men brought their most recent form and took the lead before the quarter-hour mark.

The Blades however restored parity just before halftime. With the game seeming to end in a draw, John Lundstram rewarded Chris Wilder's decision to substitute him in as he netted the winner.

The result sees the Blades remain in 6th and in contention for a UEFA Champions league spot, while the Cherries remain in 16th.

The 2nd set of matches commenced with a goalless draw at the Molineux stadium between two teams seeking UCL qualification. Quality in attack wasn't all that lacking but both goalkeepers put up good performances and a mixture of not-so-great finishing and made some very good saves ensured things stayed level at full time.

Willy Bolly rightly had a goal diallowed by VAR for offside before Hamza Choudhury received his marching orders for a second bookable offence. Despite the red card, there was neither victor nor vanquished as both teams cancelled out each other.

The result of the match wouldn't have helped or really hurt either team's chances of qualifying for Europe's elite competition though. Wolves stay 8th and the Foxes stay 3rd on the log.

Saturday's early kickoff was a pretty intense affair with two pragmatic and direct sides separated only by goal difference facing off at the Saint Mary's stadium. Burnley had a very quick start, scoring from their trademark set-piece.

Things calmed a bit with quite a number of fouls interrupting play. Southampton got their equaliser not long though, a powerful unexpected shot rifling into the bottom corner. The match went into the break and resumed with threatening shots on goal a rarity. Burnley upped the ante and on the hour mark took the lead through a powerful shot of theirs.

The Clarets held on the slender lead to take all 3 valuable points and take themselves 3 points clear of the Saints who are in 12th. The Saints would be ruing that missed chance to get one over a team closely placed on the table.

However, Ralph Hasenhuttl would be hoping his team can continue the form that lifted them out of relegation trouble to relative safety.

Saturday's late kickoff saw a mismatch of the best team in the league vs the worst. High flying Liverpool travelled to Carrow road looking for a 17 consecutive league win on the bounce.

Norwich were hoping to stop the league leaders and get some points to boost their survival chances. Unexpectedly, they weren't blown away, and for most of the match, the Canaries even proved a match to everything the Reds threw at them.

However, as they had done all league season long, Jurgen Klppp's men had the mettle to get away with a win Daniel Farke's men would feel hard done by to give away. For all of Liverpool's quality, they provided very stern opposition.

The Reds are now 22 points clear at the top. Norwich remain bottom, but would be looking to push forward with their recent good performances.

Sunday's early kickoff was a goal fest. Aston Villa, living dangerously in relegation waters, needed to distance themselves from trouble, and could have gotten one if not for a dramatic late Son winner.

The Villans had the best start they could have hoped for, even if it was an own goal. Tottenham's own goal villain turned redeemer and set the Lilywhites back on track. The match was a high-octane one, providing end-to-end excitement.

Though Tottenham entered the break in the lead, courtesy of a VAR-awarded penalty, Villa got the equaliser shortly after the restart. And with both managers looking content with a fair draw, Son stole the show and handed Mourinho a 4th straight league win.

Tottenham are as a result 1 point behind 4th placed Chelsea, leaving Villa in their relegation struggles.

Sunday's late kickoff continued where the early kickoff ended, providing even more goals. However this time, it was a complete demolition with one team doing all the scoring.  A fairly equal first half saw the teams level at the break.

After the restart, Arsenal grew more into the game and their slick passing and movement opened up the Newcastle defence time and time again.

Newcastle created their own chances too, but the Gunners were too clinical on the break and made the Magpies pay for all their mistakes, thumping them a heavy 4-0.

Monday night football saw the two most-time Champions of the Premier league era lock horns at Stamford Bridge. It had all the hallmarks of a Chelsea-United game.

United were 6 points behind Chelsea behind the game and were looking to close up the gap to improve their chances of a top-4 finish. Manchester's Reds had been stuttering in recent games and after a long rest were looking to put the holiday's freshness to good effect.

Chelsea started the brighter of the two and had some good early opportunities missed. Ole's lads grew into the game, and just on the stroke of halftime got a headed goal after some good work by Aaron Wan Bissaka down the right.

The tempo continued with Chelsea slightly dominating play. The Blues had two goals correctly disallowed by VAR, either side of a commanding Maguire header.

Man Utd held on for their first ever EPL double over Chelsea and their third win over their rivals in all competitions this season. The result sees Chelsea still maintain their 4th place and sees United remain in 7th.

Matchday 26 ended with the postponed match on Wednesday night. Manchester City completely dominated the match and could have won by a far bigger margin had Gabriel Jesus and Sergio kun Aguero been more clinical on the night.

The Hammers were unable to muster a single shot on target in a match where they conceded 78% possession to the Citizens. The result sees City maintain their grip on 2nd position, whilst West Ham remain 18th, and in serious relegation fears.