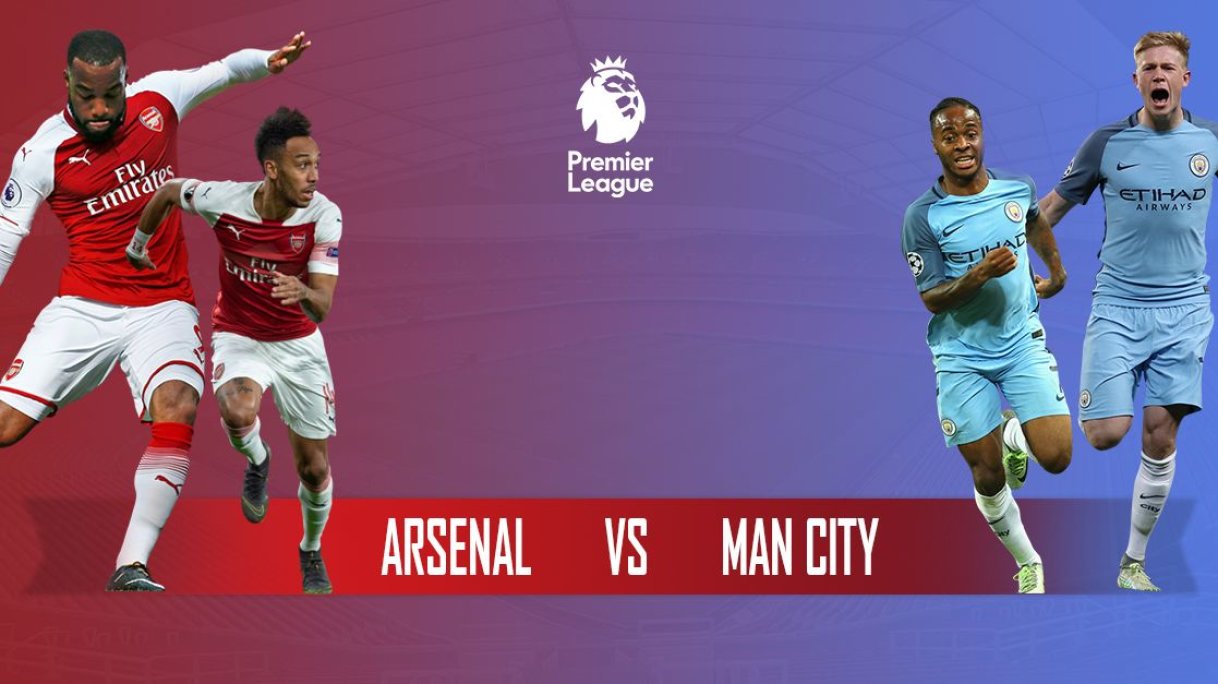 Arsenal beat West Ham 3-1 on Monday as a three-goal blitz in nine second-half minutes ended Gunners' worst winless run in 42 years. This was their first win in 10 games in all competitions.

Gunners sit ninth in the Premier League table with only five wins. They are already 24 points behind League leaders Liverpool and will have to have a tremendous second half of the season to finish in the top four.

Manchester City, on the other hand are struggling this time around. This is Pep Guardiola’s worst ever start to a top-flight league campaign since he started life as a manager in 2008.

After a two-year dominance, they have been dethroned from the top of the table. The Citizens now sit third in the standings and are six points behind surprise package, Leicester City and fourteen points behind Liverpool.

Both the teams are unlucky on the injury front as plenty of key players are sidelined for this crucial encounter. This season is truly a test of the squad depth of these two English behemoths.

Both of Arsenal’s first choice full-backs, Hector Bellerin and Kieran Tierny are out of this clash. Whereas, former captain Granit Xhaka can only return next week because of the concussion protocol in place.

For the defending champions, Leroy Sane and Aymeric Laporte are still a few months away from getting back on the field. Pep Guardiola will also be without his premier hit-man, Sergio Aguero.

Defender John Stones is not fit for the clash. Whereas, club captain David Silva and first choice goalkeeper Ederson are doubtful but may well turn up.

Aubameyang is the reigning Premier League golden boot winner and is one of the most lethal strikers going around. The Arsenal captain has an eye for goal and can change the complexion of the game real quickly.

The Gabonese international has started the season well and is one of the better performers in an otherwise dismal Arsenal season. He has accumulated 11 league goals so far and is the best bet for Arsenal to come up with crucial three points.

Fernandinho has slotted in perfectly in the Citizens’ backline in the absence of Aymeric Laporte and John Stones. He has a calm head on his shoulders and is great on the ball, which is a prerequisite of any Guardiola defender.

The Brazilian found it tough to get into the starting line up at the start of the season after the arrival of Rodri from Atletico. But he seized the opportunity with both hands and is one of the first names on the team sheet at the moment.

Fernandinho lags behind Aubameyang in the pace department but will make up for it with his sound reading of the game and being at the right place at the right time to thwart any danger. Aubameyang is playing on the home turf and will look to capitalize on it but that is easier said than done.

Sokratis is one of the few remaining old-school defenders going around. He takes no prisoners while going for the tackle and his aggression will come in handy in disrupting a fluid City game play.

The former Borussia Dortmund centre-back is the lynch-pin of Arsenal’s defence. He has been decent during the course of the season but will have to raise his game by a notch if he has to stifle City’s forward line.

Bernardo Silva has been in terrific form for the Citizens ever since he signed as evidenced by his ninth rank in the prestigious Ballon d’Or poll. Guradiola normally starts him in tough away fixture due to his tireless superhuman efforts on the pitch.

The former Monaco star has only started in only 10 league games, which is strange given his talent and calibre. He has still performed admirably well in the sporadic chances he has got and is the third leading goal scorer for City with five goals.

The Portuguese international would like to cut inside on his favoured left foot to inflict maximum damage to the Arsenal backline. Sokratis will have to lead his troops well and communicate with them to block the passing channels to Bernardo and Kevin De Bruyne.

Freddie Ljungberg’s side are coming off a positive result in the last gameweek. They also topped the table and qualified for the knock-out stage of the Europa League.

The London based club’s morale will be high after ending a winless streak against West Ham. Their forward line is scary and on their day can give a tough time to any defence in Europe. They would want to play as a unit and at the best of their ability to beat City.

City, on the other hand lost a highly entertaining Manchester Derby over the weekend. In spite of having 72% of possession and hurling 23 shots on goal, they failed to overturn a two-goal deficit.

The result was enough to dampen the spirits in the City dugout. The fact that Liverpool are running away with the title would not help matters either. Pep Guardiola has to act quickly to lift a despondent dugout.

Arsenal, at the same time will look to exploit a depleted City defensive line, which has failed to keep a clean sheet in their last 10 matches in all competitions.

Although City look the stronger side on paper, Gunners are playing on their home turf and it’s not going to a smooth ride for the champions. We predict a closely contested clash but City is too hot to handle for Arsenal at the moment and will walk away with all three points.