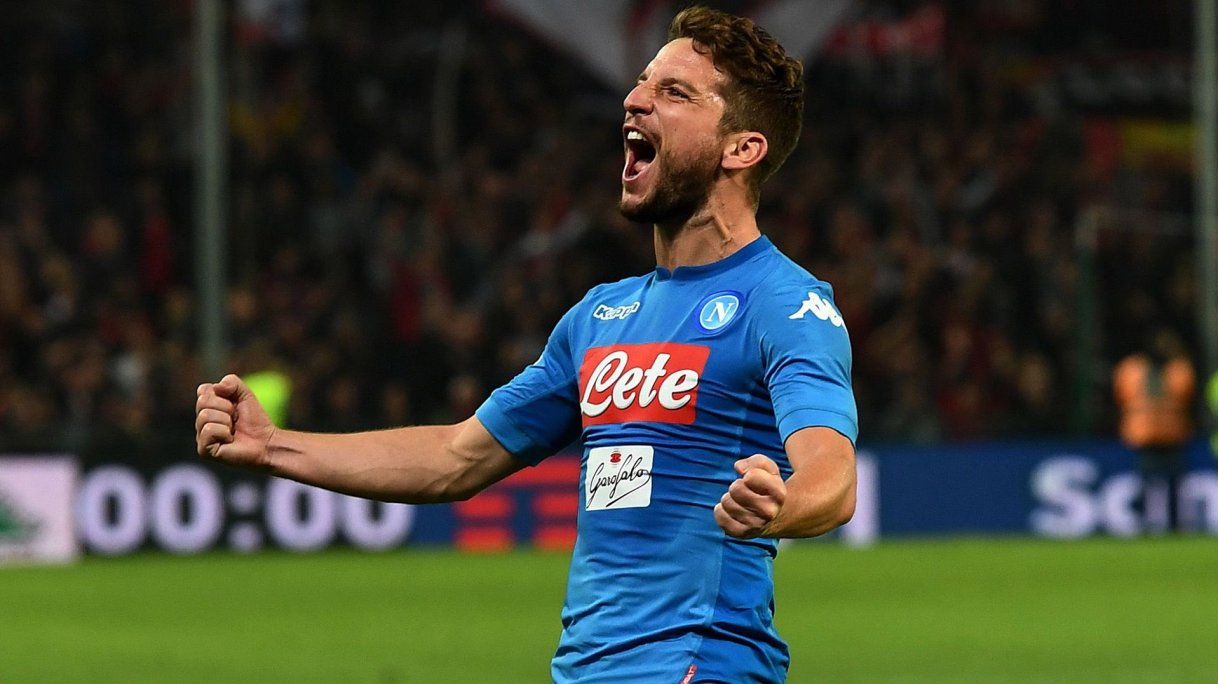 The Red devils are rumored to make a move for the Belgium International once his contract expires at Napoli next summer.

The 32-year old striker has enjoyed a successful spell at Naples for a couple of seasons now and is likely to leave the club at the end of this season. The reason is touted to be Napoli chairman Aurelio De Laurentiis' decision not to hand him a new deal.

According to  Italian Newspaper Tutto Mercatto, Inter Milan and Borussia Dortmund have started their chase to land the forward and this will provide stiff competition for United who are in desperate need of an out and out striker to resolve their problems in front of goal.

Dries Mertens arrived at the Sao Paolo stadium from PSV in 2013. Since then he has scored 88 goals in 219 Serie A appearances for the Gli Azzuri.

If United lose highly rated Red Bull Salzburg's 19 year old striker Erling Haaland to other European giants, they will have no other way but to turn their heads to sign the Belgian on a free transfer.

Juventus striker Mario Mandzukic is also reported to be an alternative for Ole Gunnar Solskjaer as he continues his rebuilding process at Old Trafford.

A versatile player with an ability to play on both the wings, Mertens could be a decent signing for United. His ability to drop deep and play as a 'false-nine' has been significant for Napoli especially during the tenure of former Chelsea Manager Maurizio Sarri. He is known for his clinical finishing and high work rate on the pitch.

He had also played a stellar role for Belgium's third place finish in the recent edition of the World cup held in Russia in 2018.

Mertens' agent has reportedly made contact with a few top European clubs for a transfer and it is also reported that the striker could sign a pre-contract agreement before he joins in his new club next summer.