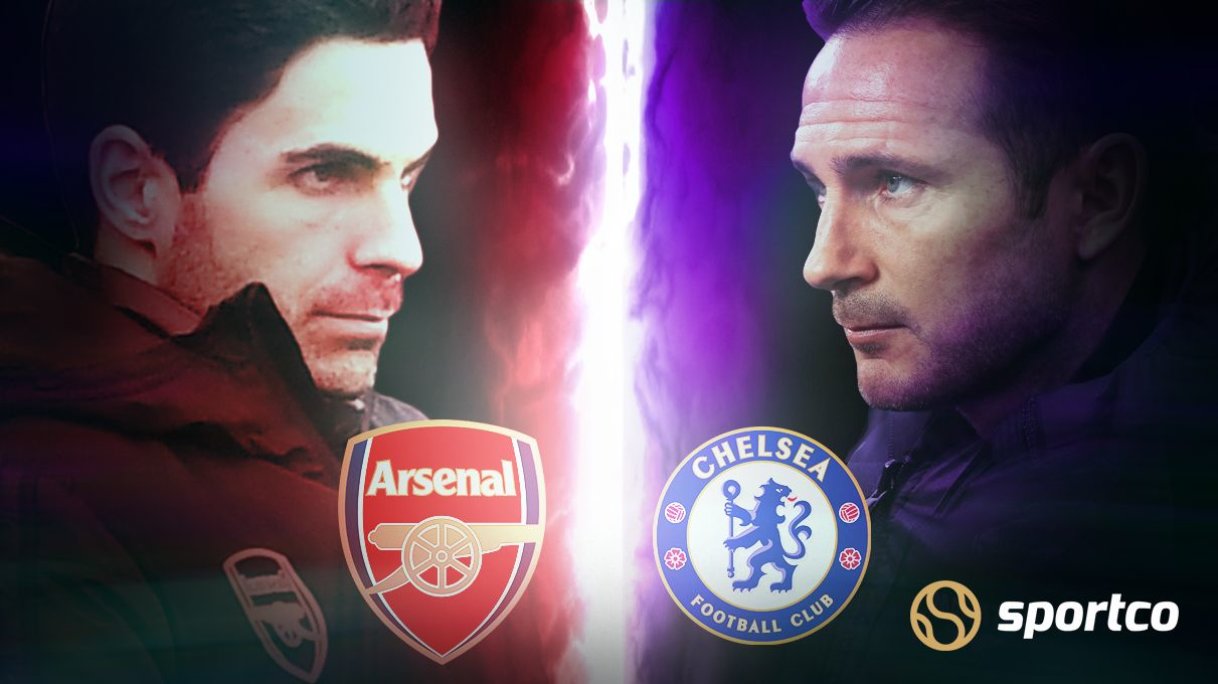 Arsenal host London rivals Chelsea on Boxing day at the Emirates Stadium in a Premier League clash which is very important for the Premier League table's both halves.

The Gunners will enter the game being 15th placed, something we are not used to seeing, while Chelsea are fifth. Arsenal have managed to win only one of their past ten league games, while Chelsea were clinical against the Hammers after successive defeats to Wolves and Everton.

The away side are ahead with a 43% success in the head-to-head battle. The Blues have won 13 games, losing eight, and the last five games between the two have been shared with two wins each, and a draw.

After defeating Manchester United at Old Trafford, Arsenal fans would have thought that things will get only better from there but it must be shocking for the supporters to see such a turnaround but with no positives to focus on the Premier League.

Since the 1-0 victory, Arsenal have scored only three goals. However, in European competitions they are completely a different side, qualifying from their Europa League group with six triumphs from six matches.

Lampard's men were unfortunate to let go of the 17-match unbeaten run in all competitions as they succumbed to Everton at Goodison Park, followed by a last-minute loss to Nuno Espirito Santo's Wolves.

Things looked better as they managed to beat the in-form West ham United comfortably, managing a clean sheet and firing three goals on the day.

Arsenal star man Pierre-Emerick Aubameyang is unlikely to feature in an important clash with Chelsea due to a calf problem he sustained a couple of weeks ago.

Gabriel Martinelli was taken off due to an unfortunate shin injury, although the Brazilian stayed on his feet, meaning that he will be in contention to start the game. Thomas Partey is still out but Granit Xhaka will return from suspension.

For Chelsea, the full-backs duo, Ben Chilwell and Reece James are sidelined with ankle and knee injuries respectively, while ex-Ajax man Hakim Ziyech is yet to make a 100% recovery.

The Frenchman scored the only goal for Arsenal in their 1-4 defeat to Pep Guardiola's Manchester City, and he is someone who can light up the Arsenal attack in a crucial game. A win is a necessity for Mikel Arteta and co. and Lacazette cannot have a better opportunity to step up and fill Arsenal with belief.

The German has seen a huge dip in his form recently, failing to score since Chelsea's win against the Blades in November. He has not scored in his last nine games in all competitions. However, he has three assists to his name in that period.

What will be a huge concern for the ex-Bundesliga star is to try and avoid missing crucial and at the same time simple chances, chances he can easily score considering his potential.

Chelsea will make sure that they exploit Arsenal's vulnerability to the maximum. However, for Arteta, several senior players returning to the XI would prove that his side needs to be more creative and clinical in the final third.

They will have to take every opportunity as it arises.

Sportco predicts a draw between the two sides.